Album Review: GOATWHORE <em>Angels Hung From The Arches Of Heaven</em>
Psychotic Symphony is by no means a bad album; it’s just an unforgivably ineffective and tedious one because of how ordinary it is.

Although there’s a vast array of unique and ambitious artists proving otherwise—such as Between the Buried and Me, Major Parkinson, Riverside, Ayreon, Devin Townsend, Opeth, TesseracT, and Mastodon, to name a few—it’s fair to say that a lot of contemporary progressive metal has become, well, repetitious and unimaginative. Rather than innovate with individualism in meaningful ways, many bands end up benign because they rely on the same core formula to produce competent yet wholly unremarkable works. Arguably no other major release this year exemplifies this better than Psychotic Symphony, the debut record of supergroup Sons of Apollo. Filled with in-your-face intricacy, uninspired lyricism, and raucous vocals, it’s packed with impressive performances from start to finish, as well as a few standout moments; however, it also fails to go beyond mere sufficiency in every respect, resulting in a forgettable effort that’s lazily innocuous and overwhelmingly familiar.

Considering the pedigree of musicians contained within Sons of Apollo (drummer Mike Portnoy, keyboardist Derek Sherinian, bassist Billy Sheehan, vocalist Jeff Scott Soto, and guitarist Ron "Bumblefoot" Thal), you’d think that they’d be hyper-conscious about avoiding stylistic banalities. (After all, not only have they been ensconced in the worlds of progressive/heavy metal and hard rock for decades, but as former members of Dream Theater, Mr. Big, UFO, Trans-Siberian Orchestra, Yngwie Malmsteen, and Guns N' Roses, among others, they helped pioneer and/or popularize these approaches.) Instead, they fully embrace every cliché they can to make Psychotic Symphony as run-of-the-mill as possible.

To be fair, though, the group admits to channeling their own bands—in addition to the overarching rock/metal scenes of the ‘70s and ‘80s—in composing Psychotic Symphony, so they’re fully aware of how derivative they sound. That said, blatant emulation and safeness aren't excusable just because they're acknowledged. Take lead single “Coming Home,” for instance. It opens with a Val Halen-esque riff and a percussion/vocal build-up that instantly recalls GNR’s “Welcome to the Jungle”; afterward, the four players launch into a fierce and dynamic arrangement (including blistering guitarwork and aggressive rhythms) while Soto delivers lame lines like “There's a voice screaming out of my head / There’s a truth that I don’t want to know / Cross the line that you’re gonna regret” with fitting gruffness and occasional backing accompaniment. It all works well together, yes, but it’s also completely devoid of originality.

Sadly, the vast majority of Psychotic Symphony sticks to the same tedious trajectory. Sure, “Signs of the Time” features a nice atmospheric break for Thal to let loose, “Labyrinth” (as its name suggests) is an effective maze of complex colorfulness, and “Figaro’s Whore” finds Sherinian providing a brief classical acid trip towards the end of the sequence, but they’re still majorly unremarkable in the grand scheme of things. Even the full-length's lengthy bookends—and clear highlights—"God of the Sun” (a reference to another Greek Titan, Helios, interestingly enough) and “Opus Maximus” can’t save the collection despite cumulatively offering the most appealing melodies, orchestral sophistication, and varied, genre-bending madness of the set.

Psychotic Symphony is by no means a bad album; it’s just an unforgivably ineffective and tedious one because of how ordinary it is. There’s no denying that Sons of Apollo contains some of the best instrumentalists in the field—and Soto is certainly an incredible singer—but that’s precisely why it’s disappointing that they put so much time, effort, and hype into a release that offers almost nothing new. In other words, when music like this has been done the same way for so long (by so many artists), it stops being spectacular and starts feeling banal. Those looking for commercial aggression in the guise of modern Dream Theater, Symphony X, and the like will probably dig Psychotic Symphony, but anyone else will be disappointed, as both the band and their fans deserve to be challenged more.

In this article: mike portnoy, Sons Of Apollo 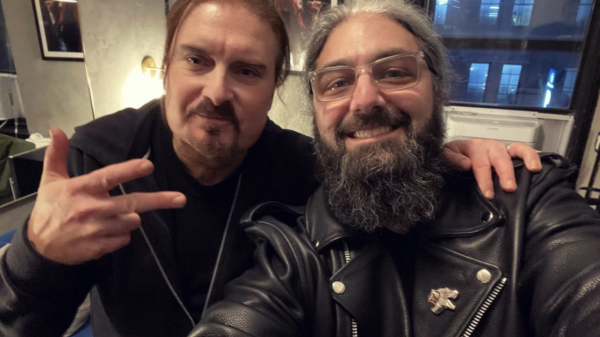 "I think anything is possible." 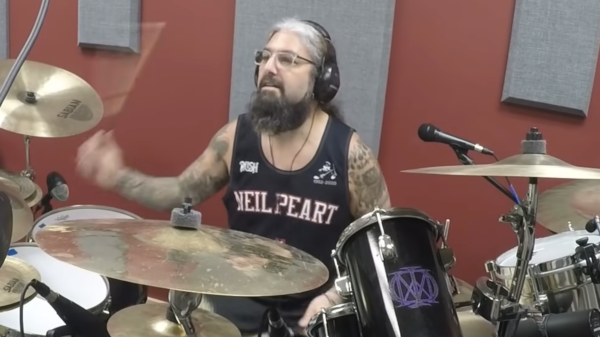 "I think the '80s were definitely the stronger decade of the two."