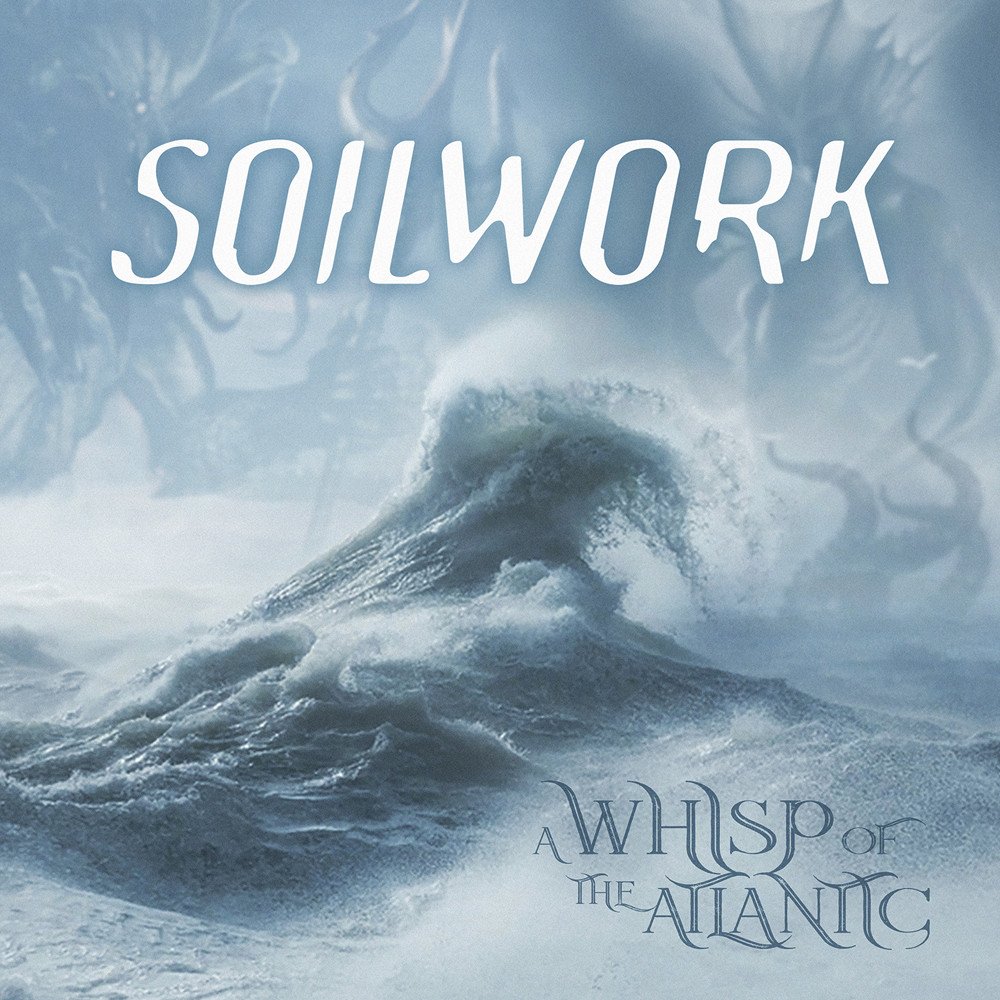 Last year, Swedish melodic death metal virtuosos Soilwork delighted fans with their eleventh LP, Verkligheten. Despite being a bit too samey at times, the album was a triumphant follow-up to 2015’s The Ride Majestic and a satisfying statement of purpose. Now, the group returns with their latest EP, A Whisp of the Atlantic, and surprisingly enough, it outdoes its full-length predecessor. Sure, it’s roughly three-fourths as long, but what it lacks in duration, it more than makes up for with improved variety and engagement. Really, A Whisp of the Atlantic contains some of the band’s most enjoyable and ambitious material, making it not only one of their finest collections but also one of the best progressive metal releases of 2020.

In the official press release, Soilwork guitarist David Andersson describes the EP—or at least its mammoth title track—as relating to isolation and catastrophe:

If you came from a different realm, like the Atlantis, how would you experience our world? Or, how do we deal with the fact that our planet is a very different place because of the pandemic, and that we all have things that we miss that we might never get to experience again in their original form? Or is the world we live in now actually already the sunken world, from the ruins of which we might one day be able to build something better?

Inspired by Maslow’s Hierarchy of Needs and Genesis’ “Supper’s Ready”—one of the greatest progressive rock songs ever—A Whisp of the Atlantic is also about “liberation from the extremely low level of the social and cultural debate these days, and it starts with the fundamentals and ends with the phenomenological. From liberation into ascension.” Thankfully, they put those inspirations and declarations to great use by crafting a thoroughly hypnotic sequence that can’t help but get stuck in your head.

Considering that it’s three times as long as the rest of the set, the opening title track has an unfair advantage as the best of the bunch. Indeed, its unexpected diversity and resilient allure make it one of the strongest side-long epics the genre has seen in several years. It begins in traditional Soilwork fashion by juxtaposing atmospheric catharsis—spearheaded by a captivating piano motif—and unbridled chaos. The two personas collide as smoothly and irresistibly as ever, resulting in plenty of riveting guitarwork and vocal melodies. That said, the true brilliance comes about halfway in, when a downtrodden passage decorated by horns introduces a touch of classical jazziness to the environment. From there, the prior arrangement returns—with commanding variations along the way—to bring the track full circle. By the end, there’s little doubt that “A Whisp of the Atlantic” represents the group at their most striving, multifaceted, and capable.

Luckily, the remaining pieces follow suit in their own ways, such as the synthy and symphonic coatings of the unapologetically brutal “Feverish” and “Desperado.” In contrast, “Death Diviner” and “The Nothingness and the Devil” feel more like a classic heavy metal tune from the 1970s or 1980s (primarily due to the looping guitar riffs, steadfast beat, and bellowing verses). Both of them also feature trippy and traumatic bits of respite near the end that rank among the EP’s best moments. None match the glory of the sixteen-minute trek on their own, but when combined, they pretty much equal it in terms of adventurousness and addictiveness.

A Whisp of the Atlantic is a great testament to the benefits of quality of quantity. Because it accomplishes so much in such a short amount of time, it never outstays its welcome or comes across as repetitious. Rather, each track has its own identity and purpose, all the while demonstrating how well Soilwork can trim the figurative fat and concentrate only on the best ideas (and the most effective timbres to bring them all to life). If you’re already a fan of theirs—or just adore highly sophisticated and exploratory progressive death metal—you’ll likely love A Whisp of the Atlantic.