SCION ROCK FEST was a day I will never forget

Last weekend will be a weekend that I will never forget. Vice Magazine and Scion (the car company) teamed up to present Scion Rock Fest. The one day event held at the barely standing Masquerade in Atlanta, GA. was absolutely free. That doesn't mean this was a non-profit fest. Money was flowing everywhere, be it at the merch booths or the food and alcohol vendors. It seemed as though the crowd was okay with spending a few dollars since they spent nothing to get in.

According to locals, The Masquerade was an old farm house that was "restructured" into a venue. The venue definitely shows it's age. This did not stop the organizers from using the Masquerade to it's fullest setting up an outside stage under a huge tent and 3 stages inside, calling the main room upstairs "Heaven", the somewhat smaller room under it called "Hell" and the 3rd small-ass bar area dubbed "Purgatory." Heaven was above Hell and felt like it could cave at any moment. When staring at the ceiling in heaven, you could see a curve. That is a giant accident waiting to happen. Purgatory was pretty terribly set up. There was no physical stage it seemed, as I could never actually see the band that was performing. The schedule had a lot of overlapping, but everything was close enough where you could jump around and not miss much.

Obviously the main reason people were there were the bands. I don't want to sit here and come up with 50 different synonyms for awesome about all the bands but needless to say every band came ready and none of the bands disappointed.

BARONESS crushing the outdoor stage in the afternoon

I do want to take a moment to talk about NEUROSIS. This show was my first time seeing them and reviews of the band are usually either "Holy fucking shit, best experience ever" or "OMFG total snoozefest". I would have to say that I lean towards the former. At 9 o'clock, the lights went down and the band provided all the potheads with two minutes of ambiance to get properly lifted. I decided to take them up on the offer. With an assist from the Apparatus crew, I can't even begin to remember how many joints were smoked (Hi, Alex!) After the ambiance, a loud thud of bass officially began the set and the band totally ripped it. Understanding their crowd is sure to be spaced out the band provides some killer art-school visuals to keep your eyes occupied while the band rapes your ear sockets. They were very loud. The entire field was shaking during their set. To say the band blew my mind would be an understatement.

I would be remiss if I didn't talk about the hometown headliners, MASTODON. I've seen this band many times over the years. Never have they shown such confidence as a band, such huge presence. Whereas Neurosis had the bells and whistles of a projector and light show, Mastodon was all about the raw rock-n-roll performance. I love the unity this band presents. Bassist Troy Sanders prefers to stand a little off to the right as opposed to dead center to allow everybody to see drummer Brann Drailor. in all his blasting glory. The set consisted mostly of songs off their 2006 release, Blood Mountain, sprinkling in a few tunes from the new record as well. This band is touring again in the spring playing their new record front to back. You should do yourself a favor and check them out.

As for standouts throughout the day, TORCHE sounded absolutely huge, and this is short a guitar player. They were probably my favorite set of the night after Neurosis. Wolves in the Throne Room is a band that will be the band all your friends will be talking about in the next few months. Krallice brought something completely unique and dense to the crowd. Speaking of dense: PIG DESTROYER, oh my fucking God! After their set, my buddy Axl Rosenberg of Metalsucks complained that the bands set was only 20 min instead of their scheduled 40 (due to technical issues) but honestly it was so intense they could've fooled me. SKELETONWITCH are always a good time, HIGH ON FIRE owned Atlanta for the 45 minutes they played.

The crowd at the Masquerade

Atlanta was the perfect place to do something like this. Most bands that played lived within driving distance and the scene is clearly strong down there, ensuring a solid turnout. The town itself was great. The people were extremely friendly and the weed was some of the best I ever smoked. I need to send a big thank you to Eyal from DÄÄTH for not only giving me a place to crash when my flight was delayed, but also introducing me to the great Atlanta Purp. Oh the purp. All the mellow and none of the drowsy. Could you be any more perfect? I think the purp is what I miss most about Atlanta.

I had an amazing time during my stay in Atlanta. Sure, I missed a bunch of bands I really wanted to see, but that is almost guaranteed when hitting up a festival of this large scope. The day proved very successful and extremely entertaining. Here is to hoping this will become an annual tradition.

During the show, I was constantly writing on the Metal Injection Twitter page about the show. Here are some stand out tweets:

Beard to not beard ratio: 2 to 1. Already smells like weed and the show doesn't start for 20 min

Even as a 3-piece, TORCHE is still melting faces right now.

Just saw a fat middle aged dude with a crazy-tight fairy costume on. Wanted to take a pic but it was too dark.

BREAKING: Atlanta suffers minor earthquake caused by the rich tones of Nuerosis. This place is shaking!

In this article: scion rock fest

Scion Rock Fest is still crushing it five years later, coming to Pomona, CA this year on May 17 for the low, low prices... 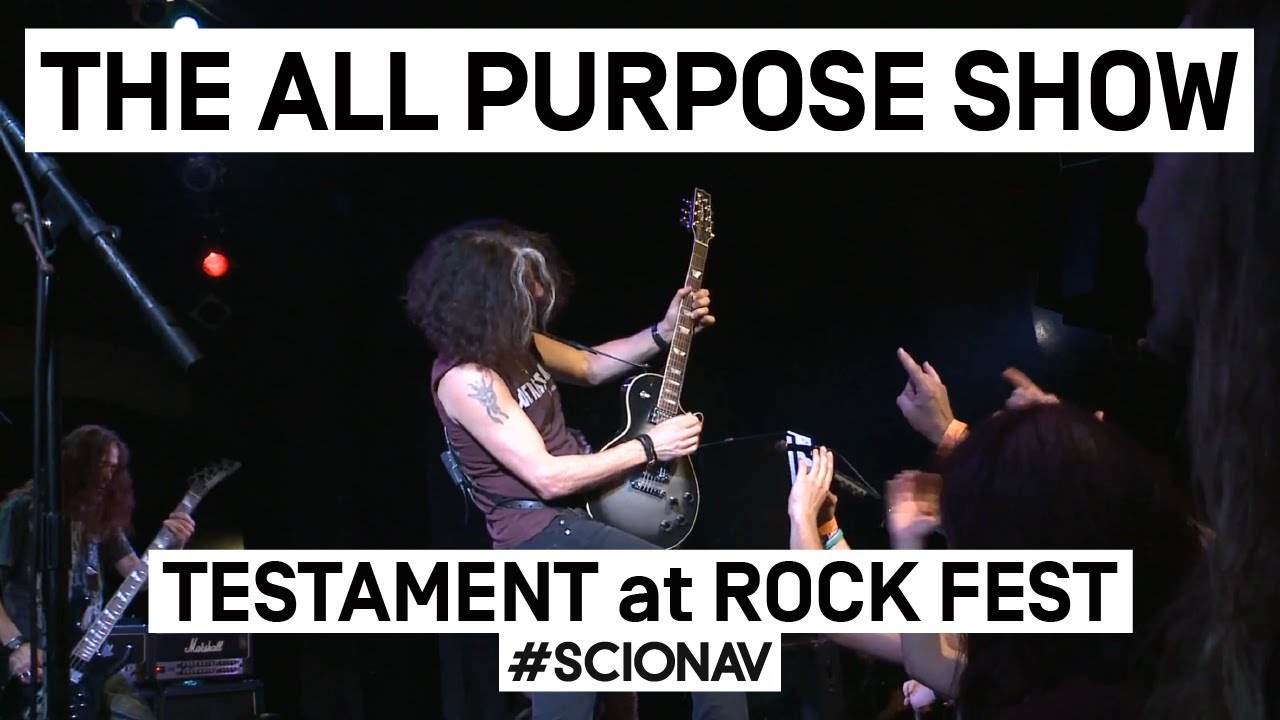 Berkeley isn't often associated with thrash metal, unless you're referring to the living legends, Testament. Since 1986, the band has been delivered hard guitar... 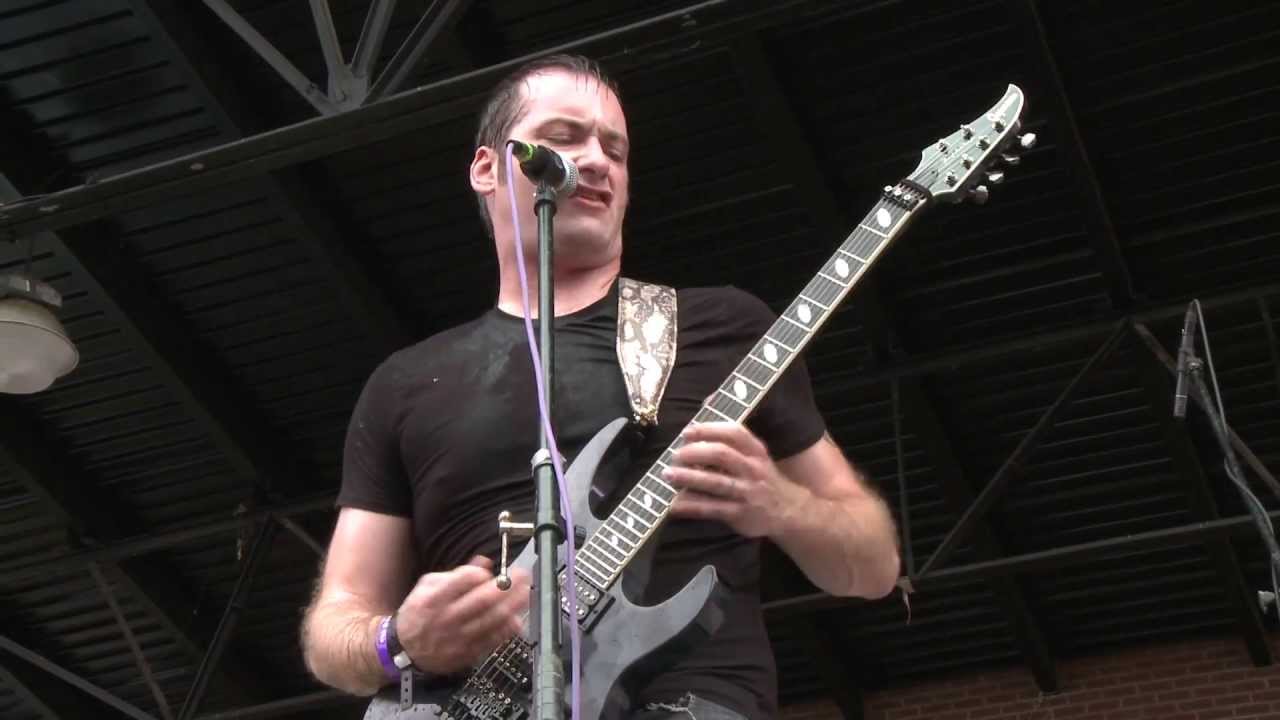