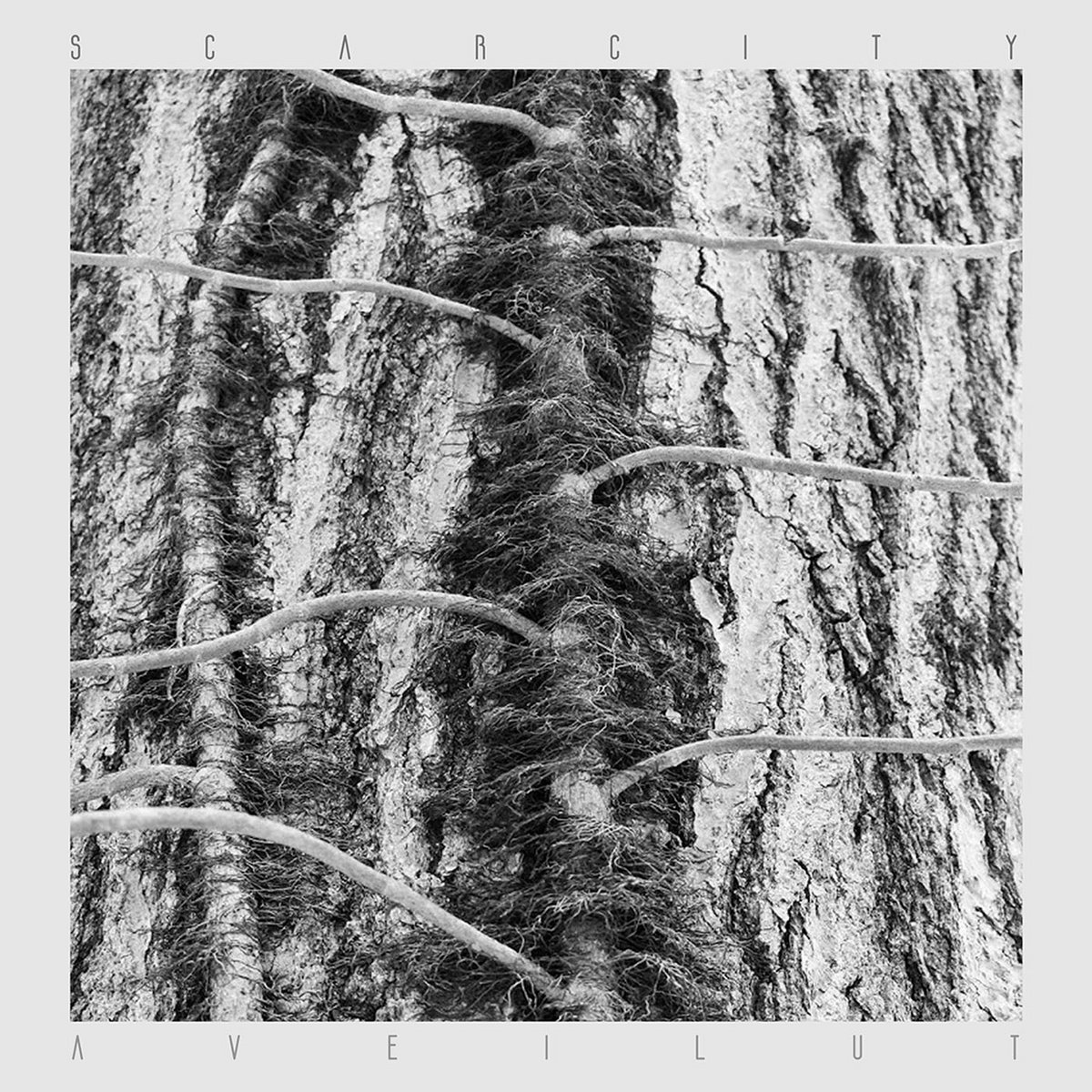 Defining Scarcity as a part of "microtonal black metal" is particularly pretentious, because "microtonal black metal" is hardly a genre in the first place. Other than the prolific, unhinged machinations of Jute Gyte, the incorporation of microtones (as in musical notes located in between those on the chromatic scale) into black metal is less of a new frontier and more of a nebulous abyss of dissonance and oddity. By any standard, experimental black metal is far from listener-friendly, but multi-instrumentalist Brendon Randall-Myers manages to provide threads of light in Scarcity twisted, churning darkness. Yes, Aveilut is technically a 45 minute song broken into five parts. Yes, these 45 minutes pole vault into an avant-garde chasm. But it's surprisingly easy to get lost in the alien noise.

Unlike Jute Gyte's hyperactive surrealist assault, or Krallice's insistence on playing two riffs at once, Scarcity uses more repetition to ease listeners into their sonic turmoil—in which the most recognizable feature is the shrieked vocals from Doug Moore (also of Pyrrhon). Most of these opening eight minutes comprise a giant crescendo, as layers of drone cascade over amorphous tom-tom rolls. This allows the band's idiosyncratic note choices to become the star of the opening cut. The line blurs between a heartbeat guitar pulse and "beats" stemming from the fact many of these sounds lie in between traditional notes. By ordinary standards, the band is playing out of tune—but the discordance is not only intentional, but strangely immersive.

Though the entirety of Aveilut remains obscure in nature, Scarcity provides a much needed dose of groove. The growling bass and more traditional rhythms make it easier to grapple with the protractions of the album's second movement. The drums cycle through a hypnotic three-count beat, driving double kick and blast beats to make this microtonal music for head banging. Speaking of blast beats, that alternating blast gives the passage's final portion classic black metal recognizability to counter the guitars' vortex of atonal terror. The Transilvanian Hunger vibes are there, but delivered by Cthulhu cult members possessed by the Great Old Ones.

To the credit of Moore, his banshee-like retches to cut through in the noise and stand out on their own merits. This certainly comes in handy when Scarcity reaches Aveilut's third movement. Amid the never-ending onslaught of double bass and brain-melting anti-melodies, Moore's vocals help emphasize rhythm changes and ground the riffs in extreme metal instead pure experimental madness. The same goes for the ultra-slow doom leanings of the fourth movement, this time adorned with abyss growls from Moore. Smoldering in the same inferno as Sunn O))) or Bell Witch, Randall-Myers creates immersive waves of alien notes fashioned from alternate tunings. In this case, the mind-altering frequencies get time to breathe and express their unique character—driving home the point that Scarcity is deeply methodical in its weirdness.

The sonic hues Randall-Myers uses belie a catharsis beyond experimentation for its own sake. This is particularly noticeable on the 13-minute final movement. Emotions flow more naturally out of a pure ambient intro of tremolo guitars to a mid-tempo double kick beat, firmly establishing the uncanny tonal center for the piece. Scarcity establishes the boundaries of the music before kicking it into high gear. Microtones aside, the band actually reaches a level of melodiousness, as motifs flow in and out of the traditional scale. In its rage against normality, beauty takes root and proliferates at various points, right up to the oceanic synth-scapes that bring the album to a close.

Scarcity shows that black metal’s microtonal frontier doesn’t have to be an impenetrable wall of noise. Aveilut not only extracts decipherable ideas from this realm of music, but inexplicably makes sure those ideas become memorable beyond their theoretical innovation. If microtonal black metal becomes a micro-genre, it’s fair to speculate that Scarcity will become one of the micro-scene’s micro-gateway bands.

In this article: PYRRHON, scarcity 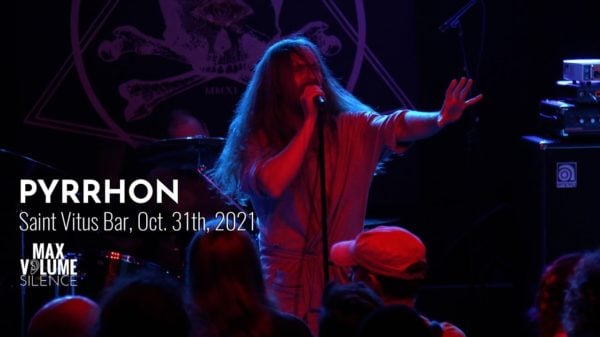 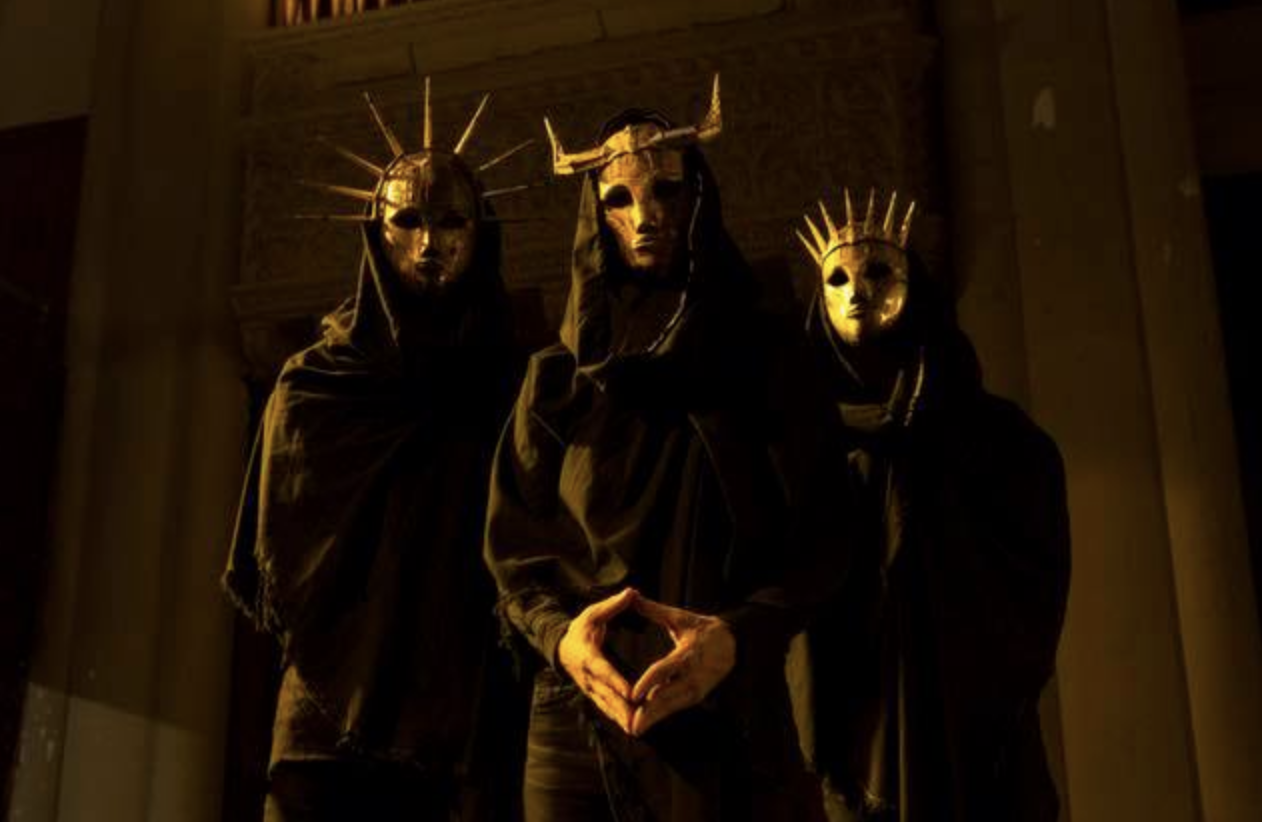 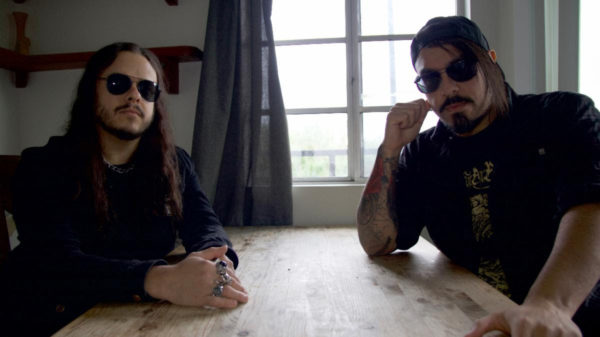 It's a crunchy one.