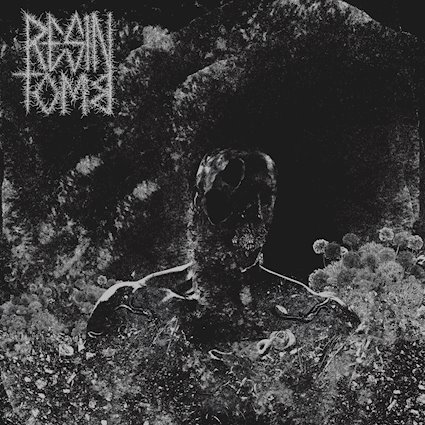 At this early stage of the game, whether or not the name Resin Tomb is a cheeky death-meets-grind-meets-420 reference is something members of the public can freely debate and/or feed into the growing lore of. That’s because aside from sparse contributions and a smattering of reviews at the usual online sources – i.e. Bandcamp, Facebook – there isn’t a wealth of info swimming around on the topic of this bunch from Brisbane, Australia. The amount of blank space left under various “about” headings pertaining to this band is as frustrating as it is impressive. 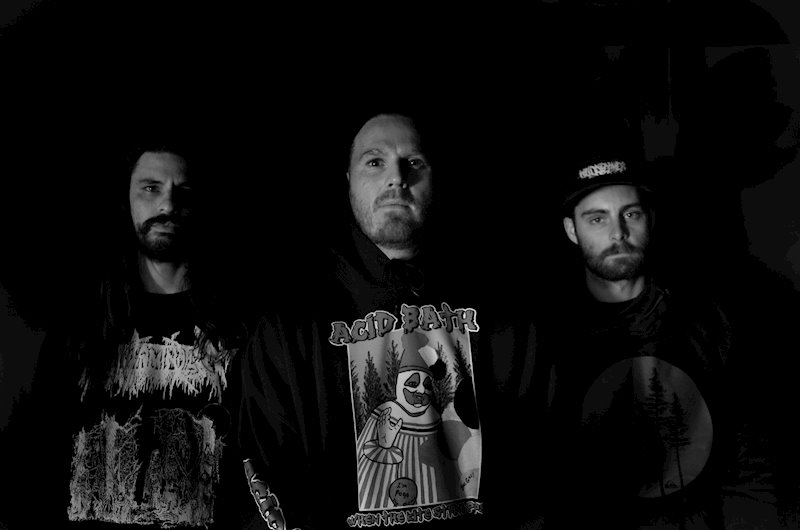 Featuring current and ex-members of Siberian Hell Sounds, Snorlax, Necroseptic, Consumed and Descent (or at least that’s what internet sleuthing has gleaned), Resin Tomb claimed birth in 2018 and it remains as unclear as the walls of a stained mausoleum whether the band is a three-piece or a quartet. One thing that’s unequivocally clear, however, is how their “dissonant death grind” self-description is entirely fitting. This five-song shotgun blast of a debut EP pulls no punches on that tag or the public that dare expose itself to their coruscating maelstrom.

The stable of chords selected and used by guitarist Brendan Auld demonstrates a reverence for Voivod, Gorguts, and prog-jazz-fusion instrumental walkabouts. His fingers and strings spit out incongruous glass shards of sound which are strummed in stuttering sequences and parried like staccato fencing epees designed to dissect the heart of tradition and kick at the framework of theory while continually displaying an atmosphere of grating anger. The creepy walking note runs he includes to signal the tempo changes in “Abrogate” and “Penance” present a cinematic sensibility that falls somewhere between grindhouse and indie thriller. The expulsion of minor key slashing that introduces “Surfacing” makes it sound like literal acid raining from the sky before Anaal Nathrakh, Meshuggah, and Immolation do the three-way battering ram head-butt thing refereed by vocalist Matthew Budge’s fluctuations between crumbing rumble strip and crushed broken glass.

Rhythmically, Resin Tomb has absorbed great amounts of inspiration from fellow summer-in-January bands like Psycroptic and Ulcerate. Perry Vedelago blasts with a scholastic bent somewhere between piston-powered linearity and reckless abandon. His use of wildly swinging tempo changes demonstrates a knack for intelligent control of the band’s penchant for abrupt lurching. Five-minute “epic” closer, “Bestial” has him complementing Auld’s expansive diminished chords and a criminally understated low-end pulsation with very few stops between concrete shoe doom and repeated measures of coked-up 64th notes.

The five songs on order barely total fifteen minutes and as with most bands that prize dissonance, herky-jerky rhythmic slingshot-ing and a non-repeating writing style over normative song repetition and bridged flow, there are the inherent issues with a lack of both infectiousness and immediacy. It’s a fretful, challenging listen that probably works as effectively as it does because of the record’s abbreviated runtime. At the same time, it illustrates a band with an admirable fearlessness and a ton of promise in its pocket.