So after only a scanning a few tracks, I thought this album would produce a very "ho-hum" review. But after a much closer listen to Augur Nox, I have to say I'm sold. You see? Sometimes patience pays off.

Hailing from both Norway and Great Britain, Code blends the grim aggression of black metal and crosses the North Sea back into the world of stylish progressive rock. I would try and dub them a "Progressive Black Metal" band, but from the band's motto of "defying categorization since 2002", I take it they wouldn't like me doing that too much. And again, it took awhile to grow on me, but it's an awfully potent mixture. Songs like "Black Rumination" and "Glimlight Tourist" are so engrossing and yet so mesmerizing, the latter being particularly glorious. Code paints a picture which is harsh yet mesmerizing, progressive yet still accessible enough for the average listener to keep up.

Though they certainly bear strains of Emperor (and Ihsahn for that matter), Opeth, My Dying Bride, and several other influential acts in their sound, there is indeed something about Code which sets them apart. In a way, I'm glad they felt so off-putting at first and forced me to try for a few more rewarding listens. There are a few moments that don't impress as much as others, but with such a clearly talented group of musicians assembled, when they're good they're really, really good. I have to raise my glass to this band, first for being so forward looking, second for you know…making an awesome metal album. That's always nice.

In this article: Augur Nox, Code 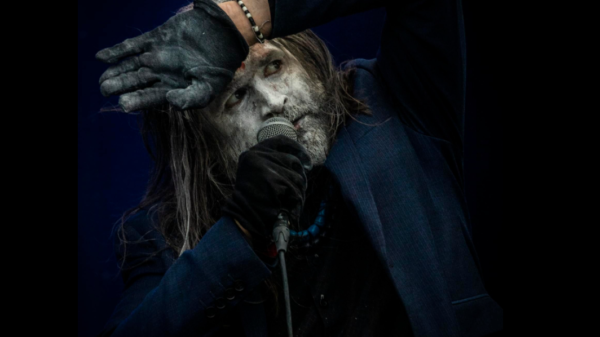