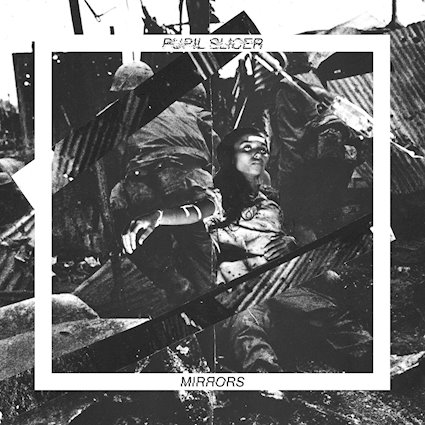 As if the grey in my beard and pubes and the number of times per night my parasympathetic nervous system rouses me in order to unload into the commode isn’t indicative of advanced chronology, I can fondly—and not-so-fondly—recall how, 20 years ago, a subset of extreme music was inundated with countless bands trying to replicate The Dillinger Escape Plan, Coalesce, Botch, and Converge. There were some decent stabs taken at that bunch and their forefathers (Deadguy, Dazzling Killmen, Rorschach, etc.) and a few killer records poked their way through the fray, but mostly we were left with too many poorly executed polyrhythmic spazz-outs, a bottomless pit of interchangeable monosyllabic screaming and a lifetime’s worth of directionless songs. At least there were also some admittedly entertaining live shows rife with faux-danger as dudes attempted to play while swinging guitars around their pencil necks and gingerly kicking over drum kits.

Even big fans of this stuff should admit that the steep decline in math-y, noisy metallic hardcore/grind over the years has been a welcome respite. Let’s face it: playing this brand of mayhem wrapped in chaos ain’t so easy. It may be easy to ape, but creating something definitive and lasting wasn’t something anything the likes of Maharaj, The Tony Danza Tapdance Extravaganza, See You Next Tuesday or War From a Harlots Mouth were able to pull off.

The difficulty came in sculpting the insanity into something discernible and palatable—into songs with distinct beginnings, middles, and ends that have memorable sequences, if not outright hooks. The inability to do so was the glaring weakness that plagued the follow-up wave. A few years on, however, it’s an area that London’s Pupil Slicer (guitarist/vocalist Kate Davies, bassist/vocalist Luke Fabian and drummer Josh Andrews) has addressed on Mirrors, its debut full-length and first for Prosthetic.

In skimming through the band’s recorded history of EPs and splits going back to 2017, it’s clear the trio’s salad days had them falling prey to the above-mentioned songwriting weakness. But with time and age—by the way, if you want to talk ancient history, ask me about seeing Metallica with Cliff Burton, or the original theatrical release of Star Wars: A New Hope—comes experience and members working to refine those initial energy spurts. The songs are, on average, longer, with the twists and turns given more room to breathe. And they are at least approached in a way that the ideas don’t immediately exit one ear upon entering the other.

Please don’t interpret this to mean that the craziness has been reined in or muted. “Stabbing Spiders” kicks open the gate with a bloody effective collection of high-pitched guitar lunges and rhythmic power jabs. “L’Appel Du Vide” contrasts off-kilter staccato combos with stomping classic Earache death metal grooves. “Panic Defense” and “Husk” are powerful statements that slow down the back alley street fight riffing to a pulverizing mid-pace to create the feel of a raging get-together where the party games include a savage pulling of skin from attendees faces. “Vilified” generates that same feeling of a dystopian soiree, but at double-time with riffs designed for mnemonic recall.

The band’s maturity is most noticeable in “Mirrors are More Fun Than Television,” which weaves a linear path from erratic noisecore to a dynamic, but still brutal, post-metal wave, and album closer “Collective Unconscious” as it seemingly molds and expands upon 7744, the two-part title track from pre-Daughters noiseniks As the Sun Sets to result in a melodic crescendo driven by a delightful brown-note bass rumble and a concluding series of rabid and cathartic pained primal screams that illustrate all is still not well.

There are still a number of spots in which Pupil Slicer can be heard fighting their own urges to include too much at once. “Martyrs” is a bit messy in its tempo transitions and “Wounds Upon My Skin” does an ill-advised jump away from its Carcass-meets-Converge launching point into pseudo-indie-something-or-other. Overall, however, Mirrors strikes an encouraging balance between adventure and chaos on one end and pointed brawn and coherence on the other. The album is a huge step forward and a head-spinning listen that tempers tumult with a structure where the chaos doesn’t just exist for the sake of being chaotic. It’ll be interesting to see how they grow and in which direction they build things.