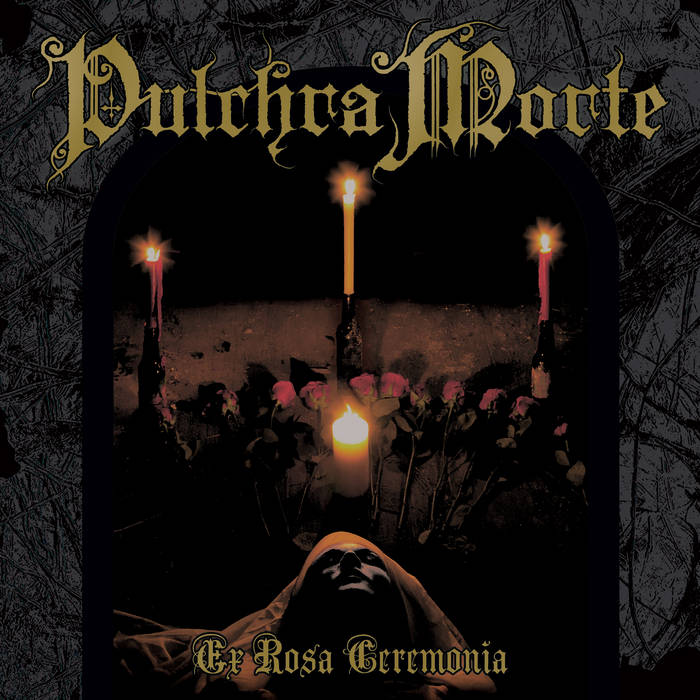 Doomy death metal has a history and pedigree that spans from the rich and vibrant on one end to the so-boring-it-might-as-well-be-clinically-dead on the other. The positive side of this continuum is awash with veiny, muscular riffs and emotion, melodic elegance, and a dignified polish despite being wrapped in downcast misery. The opposite side often coarsely drops a bunch of plodding down-tuned rumble at a few beats per minute into someone's breadbasket as they groan about shitty romantic literature and crumbling Gothic architecture. And if you’re lucky, they do it in key and on time. If you're really lucky.

Pulchra Morte may be a relatively new name on the sadder-than-thou scene, but from the off, their 2018 Soulstench 7” hinted at burgeoning light poking through the murk after which their debut a year later, Divina Autem et Aniles knocked it out of the park like a Giancarlo Stanton dinger. An especially impressive feat when you consider the band is spread out throughout the east and Midwest and have in their ranks guitarist Jarrett Pritchard, who also holds down a busy schedule as a producer and studio co-owner as well as a sound engineer/TM for a variety of touring acts. You’d think the guy wouldn’t be looking to fill whatever spare time he can wrangle out of a year with more sound, but you can’t keep the bookworm out of the bookstore, as they say.

Contributing to Pulchra Morte’s hardy quality are the experienced hands joining Prichard. He and fellow original members, drummer Clayton Gore [Eulogy, ex-Alas] and guitarist Jeff Breden [Leagues Below] are now joined by bassist John Porada [Wolvhammer, Nachmystium, Abigail Williams, amongst others] and Skeletonwitch/Wolvhammer vocalist Adam Clemans to round out a lineup heavy on work ethic, skill, experience and broad scope of diversity such that it would be a shocking disappointment if this, the band’s second album in as many years, wasn’t a beast.

Right out of Ex Rosa Ceremonia’s gate, “The Serpent’s Choir” power strides with a jousting combination of scented candle chord progressions and sticky pub floor guitar harmonies and leads. Paradise Lost and My Dying Bride sparring with Iron Maiden and Diamond Head is what comes to mind as Clemans’ sounds like he’s being tortured in a cave and the guitars both wander and lock-in to complement the tri-tone heavy riffing. “Knife of the Will” is similarly indebted to a wealth of various British influences. There’s a bit more Black Sabbath in the staccato punches of the main parts, but the melodies pulled off by the dual guitars and massive earworm chorus sound like Gothic sprouted facial hair and had its balls drop.

However, that’s not to say these tracks are simply retreading the glorious past of their influences. On the contrary, there’s a street-wise rough and readiness to Pulchra Morte’s darkness. The guitar tone crushes velvet over the Florida death-infested swamps, there’s a booming power propelled by the snare and cymbals as the click-y kick drums add whiffs of prog-tech to the bombast as Clemans' voice searches dank, dark alleys for trouble. These elements work in concert with the European classiness that butt early Amorphis, Katatonia, and Pyogenesis up against the always-at-arm’s reach U.S. death metal influence.

Case(s) in point: “The Mourning Light,” mines classic Morrissound half-time breakdowns and entwines them in with overcast Midlands skies and leads worthy of a ‘70s stadium rock backstage deli platter. “Prince of Shadows” pulls a similar move, but swings from some of the album’s slowest tempos and most morose air to an almost Torche-like up-tempo galloping, resulting in more diversity being thrown into the mix. This, before they go ahead and add operatic male and female voices to gussy up the castle stone dual movement riffing. And then there’s “Locust Humanity” which hails from a similar cut, but indulges with a transition at the 1:10 mark that’s worth the price of admission alone.

In addition to everything mentioned above, what makes Ex Rosa Ceremonia much more interesting and enjoyable than run of the mill slow-poke doom is the band’s ability to write catchy material. Instead of a wishy-washy slapping together of minimalistic power chords in the key of depression, an indeterminate amount of pop is provided by the rhythmic accents, their patterns, and placement as the guitars spit out stacks of memorable moments by placing ‘The Peaceville 3’ and classic Metallica on a baroque bender.

There’s not only misery in their might, but a heaping helping of super-strong songwriting all adding up to make this one of the best doom/death releases of this miserable year.