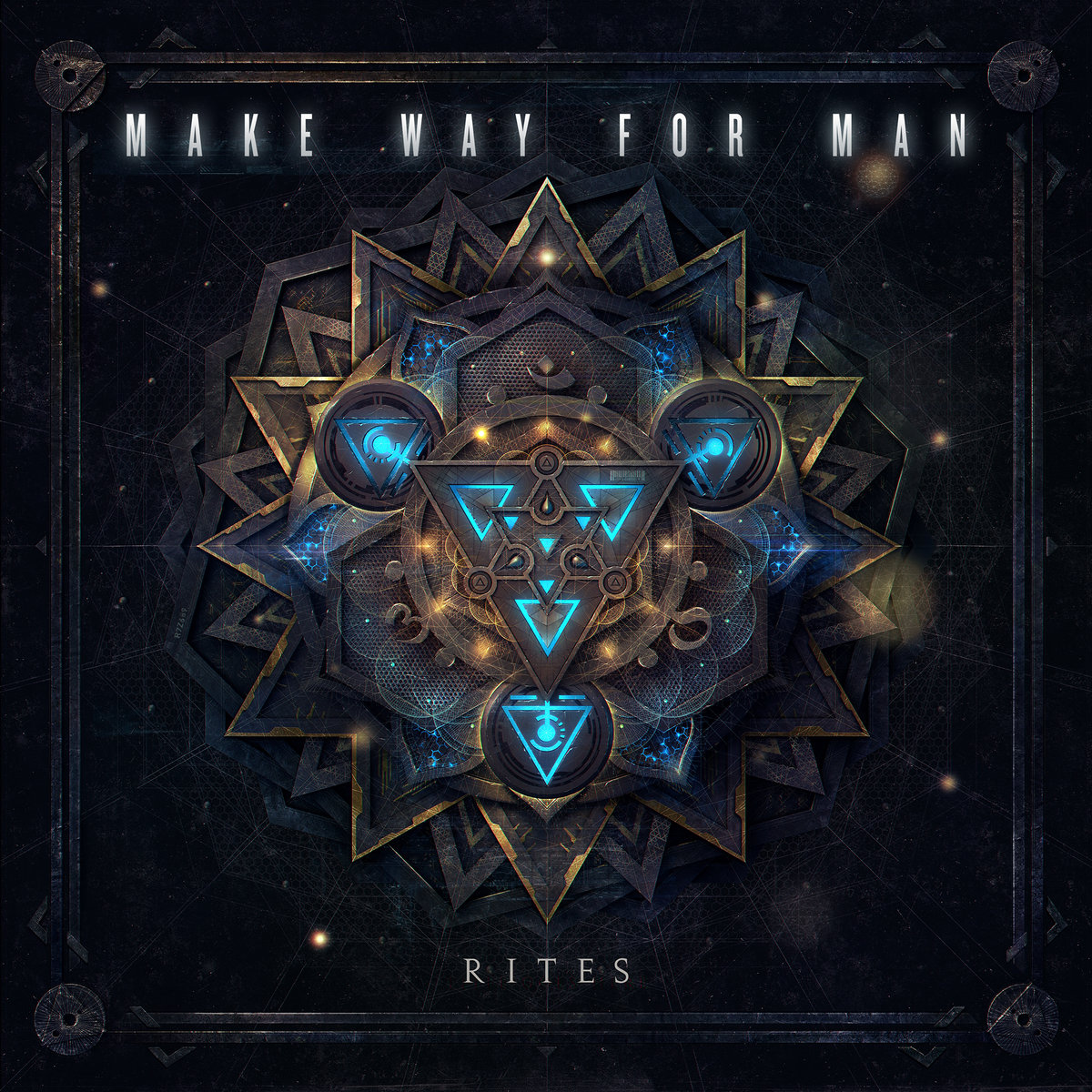 It's truly fascinating to take a step back and ponder the evolution of metalcore. In the same way that the overall metal genre has countless offshoots of subgenres, metalcore too has developed an impressive myriad of variations. Under the metalcore umbrella, one can include the early proto acts like Hatebreed or Earth Crisis and later, larger acts groups as Killswitch Engage, Avenged Sevenfold, or The Devil Wears Prada as well as more modern growing bands like Code Orange or I Prevail. To dive even deeper, you can attribute metallic hardcore, djent, mathcore, etc. to also function as a branch on the metalcore tree.

Metalcore can mean a dramatic amount of different sounds. In the case of Make Way for Man, the Australian act takes the broad connotation of the subgenre into consideration. Since their formation in 2016, they have gradually bloomed into a metalcore jack of all trades, developing a keen understanding of all the aforementioned paths that one can take in the maze of metalcore. Most importantly, their recent Rites EP showcases this broad mastery.

For example, the opening track "Strangers" reveals a more post-hardcore leaning style. Admittedly, it’s not 100% my cup of tea, but placing myself in the shoes of the melodic metalcore and post-hardcore scene, I can easily understand this is a solid song. Furthermore, it absolutely has a growing likability. While initially seeming generic and passable, it inevitably got stuck in my head and checked off all the traits desired for this particular subgenre with an emphasis on the catchy vocals. While also exceedingly melodic and hooky, "MVP" shows the band placing more effort into an infectious chorus leading to quite the soft, yet moving anthem. Don't worry though, the outro on the track is colossally hard-hitting and reminded me of early Make Them Suffer.

Now that the earworm singles are out of the way, it's time to hop into some fist-clenched headbangers. "Ideations" is easily the heaviest track on this EP with an After the Burial-esque djenty deathcore delivery. Also within progcore territory, "Victories" balances the catchy and heavy factor together cohesively into a very modest, modern metalcore piece for fans of Issues, Northlane, or Kingdom of Giants. "Rites" also falls in a similar pattern, yet adds some experimental Dance Gavin Dance tidbits and a rap section. The band concludes the release with a cover of Owl City's 2009 synth-pop hit "Fireflies." Alike those Punk Goes Pop compilations that every trending -core band hopped on a decade ago, the cover depicts a down-tuned and screaming version of a radio pop song. Although I got a good chuckle and nostalgia rush, it comes off as a just silly and doesn't warrant more listens.

The six tracks shown here ultimately comes off as pretty damn individually distinct, almost to the point of sounding like a compilation of different artists. Normally, I’d knick points off for a lacking stylistic consistency, but Make Way for Man allows it to work for a couple of reasons. With a variety of subgenres present, the listener is given a grab bag of different styles to choose from depending on their tastes. For example, I prefer my metalcore leaning on the straightforward and heavy side rather than needing a catchy chorus. With a track like “Ideations,” I was able to get my fix based on my individual preference. Nonetheless, even though I’m not always on board with melody-driven metalcore, I still enjoyed the tracks that leaned on that end of the spectrum considering the band weaved a thread of quality throughout the whole EP. Well… except perhaps the Owl City over, but fuck it, I’ll let them have their goofy cover just this one time.

In the end, I found myself stuck on how well Make Way for Man have conquered the negative concept of an identity crisis on this EP. Usually, I prefer for a band to stick close to what they know best in the parameters of an album, but the diversity here provides for a dynamic and engaging full listen. Rites EP will definitely be a worthy addition to any metalcore fan whether they hold an inclination for melodic, straight-forward, proggy, modern, or any other variation of the subgenre.

In this article: Make Way For Man