Album Review: PETBRICK <em>Liminal</em>
Hitting up 2014's Mayhem Fest with an increasingly widespread single called "Coconut Dracula," Islander somehow 'made it.' I don't exactly have a positive affinity for the band at this point, but I can recognize that these guys miraculously and successfully managed to dust off the nü-metal cobwebs and gather a decent fanbase via one of the least appealing song titles.

Credit must be given where credit is due and I gotta offer major props to their publicist and marketing team. Hitting up 2014's Mayhem Fest with an increasingly widespread single called "Coconut Dracula," Islander somehow 'made it.' I don't exactly have a positive affinity for the band at this point, but I can recognize that these guys miraculously and successfully managed to dust off the nü-metal cobwebs and gather a decent fan base via one of the least appealing song titles.

Reeking of Deftones imitation, Islander released their debut LP, Violence & Destruction, two years ago through Victory Records. For the most part, the tracks suffered from diluted 90's rock nostalgia, although I will acknowledge the representation of catchy and hard-hitting pieces like "Counteract" and "Criminals." Since then, the band has transformed into somewhat of a supergroup. Perhaps it should also be noted that it is tad suspicious when a band is left to just their vocalist after one album cycle? Granted, picking up former members of Korn/Love & Death and Avenged Sevenfold isn't such a terrible idea. Surprisingly enough, the musical effort on this album is clearly less heavy than their debut.

Any dedicated or even guilty pleasure Limp Bizkit fans out there? Opening song, "Darkness," will be right up your alley. And yeah, I'll admit to really quite enjoying this track while agreeing it's likely the strongest one off the album. If it doesn't strike your fancy though, you may want to continue listening as the rap metal element completely vanishes moving forward. "Bad Guy" or "Better Day" represents the band's obvious shift to alternative rock as all traits resembling metal have fleeted in exchange for Incubus-like vocal melodies and safe production. Now I don't believe it is fair to claim this genre shift to be absolutely unwarranted as I initially did on my first listen. A large majority of the songs on this LP are crafted well and designed purposely to have mainstream accessibility. From a business perspective, this was a smart move with a larger audience to attract, but I can see this likely dividing the original fanbase.

And fortunately not every song on here is overwhelmingly conventional. There is some good riffs and unclean vocals near the end of "Devil Red" even though it sounds like the band is passionately chanting for deviled eggs at the chorus. "Beelzebub" revives the energy that was brought with the opener. There is a bit of a slow build-up, but the overall dynamic seems like a mature shift compared to the five tracks before it. "Think It Over" with HR from Bad Brains has a decent flow including one of those classic cheerleader lyric chants. When Faith No More introduced that musical tactic to the alternative music world on "Be Aggressive," it was pretty original. However, now that bands like Bring Me the Horizon have brought it back, it seems quite less provocative. "Casket" has a really nice guitar tone that leaves me wondering why it was missing the entire record.

Honestly, I had a lot of interest and appreciation towards Islander's debut, Violence and Destruction. While they may have displayed their influences a bit too obviously, they felt genuine and had engaging hooks on that record. On the contrary, Power Under Control is spread thin and kinda confusing. Any amount of nü-metal that remains in this album is pretty watered down. The stylistic choices on this record are a lot more diverse while simultaneously more messy. I couldn't understand the need for a minute long punk song sandwiched between two radio rock tracks. This sophomore release was the band's opportunity to truly reveal their identity, yet instead they've made it even less clear. Are you hard rock, punk, or nü–metal? It's fine to be a melting pot of genres, but these songs do not resemble much congruency. In conclusion, although there's a few tracks holding replay value here, I don't see enough progress from their last record to keep my attention.

In this article: Islander 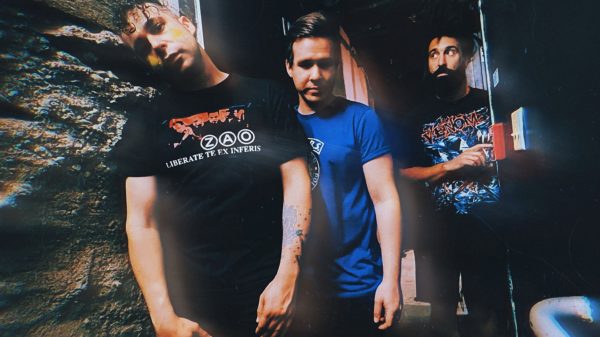 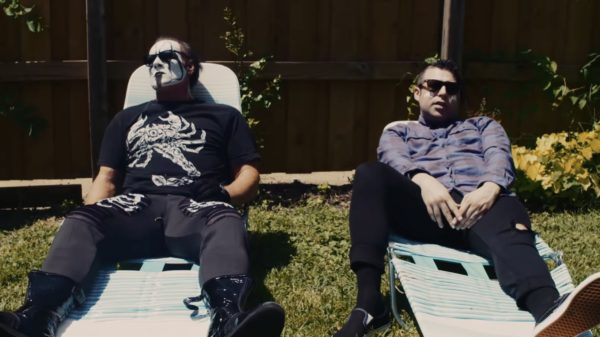 "It's Stiiiiiiing" Tony Schivone yelled as the wrestling legend made his first appearance on TNT in 18 years, since WCW folded. But AEW's Dynamite...

Our photographer Rodrigo Terco took in Korn's intimate 20th anniversary gig at NYC's Irving Plaza, a venue that can only hold 1,000 people and...