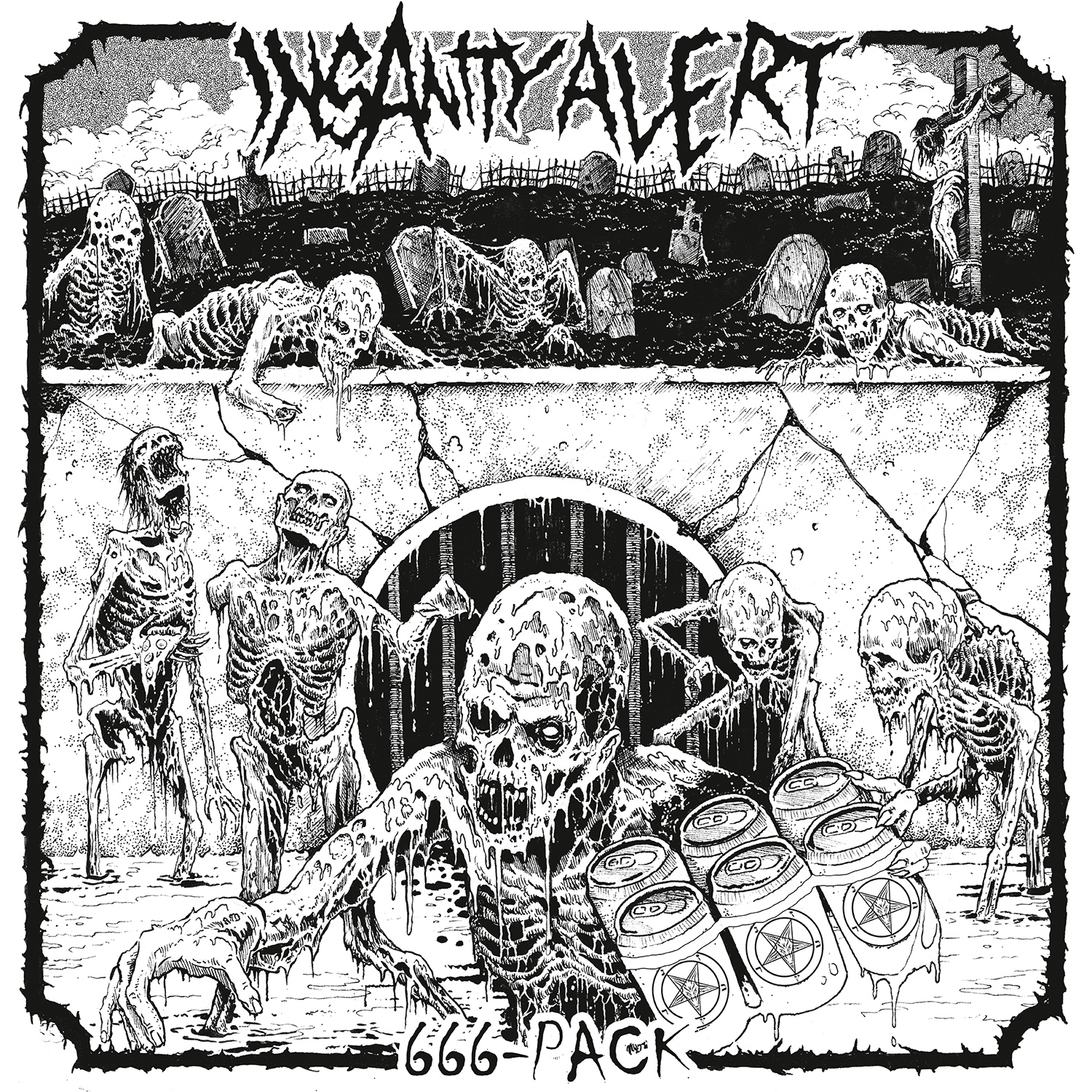 I've been a fan of Insanity Alert since the beginning. I wrote a review of their demo when it came out back in March of 2012 and I was immediately smitten with their brand of high powered, party obsessed thrash metal. With touches of grind and powerviolence sneering its way across these thrash metal funnymen's sound in recent years, Insanity Alert have a reputation as some of the most devout thrash metal masters in the world. The high powered assault of their latest offering 666-Pack is no exception.

In fact, it is a step up for the band—another indication that they are on the path to ultimate thrash metal supremacy. These Austrian heirs to the legacy of Municipal Waste have gone above and beyond here, creating tracks that shred harder and are ever more over the top. This is maddening and powerful thrash from guys who understand the sound and culture. If you're not ready to fall in love with their mind-melting sonic assault then maybe you just can't hang with the best. 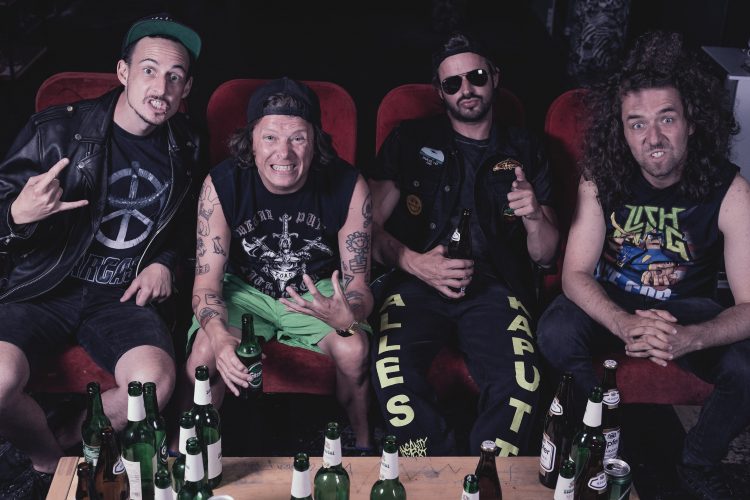 With high powered riffs reminiscent of acts like Vio-Lence or even S.O.D, the guys in Insanity Alert have clearly showcased time and time again that they are among the modern crossover thrash members. The D.R.I worship is clear here and they lean hard into the look and aesthetic. That being said, 666-Pack while it certainly has its jokes, is distinctly less of a humorous record than the band's previous work.

While there are certainly still tongue in cheek moments and a healthy sense of fun, the opening track "The Body Of Christ Is A Parasite" is perhaps the bands most serious track to date. There are a few other moments of introspection on society and culture here that suggest, as opposed to all indications otherwise, Insanity Alert are actually growing as artists. While on the one hand, I love that they are expanding and doing more meaningful stuff, that inner fifteen-year-old longs for the band who wrote "Run To The Pit (Mosh For Your Life)".

As is, I foresee the band growing and striking a bit of a balance in their sound, similar to Anthrax. While there will always be tracks belted with a smile, references to comic books and pop culture it also feels like Insanity Alert are going to have a more grown-up component to their approach. The band has moved forward significantly on 666-Pack and it's really cool to hear guys who I've been obsessed with for more than a third of my life turn into something even greater and more powerful. That's the meaning of metal after all isn't it? To grow but never lose sight of your roots?

As is, this is a wonderfully put together and very fun record. It's a record that speaks to the enduring fun of thrash metal and one that also shows a clear understanding of the long term potential of the genre. At the end of the day, what more could you want? I'll see you in the pit.