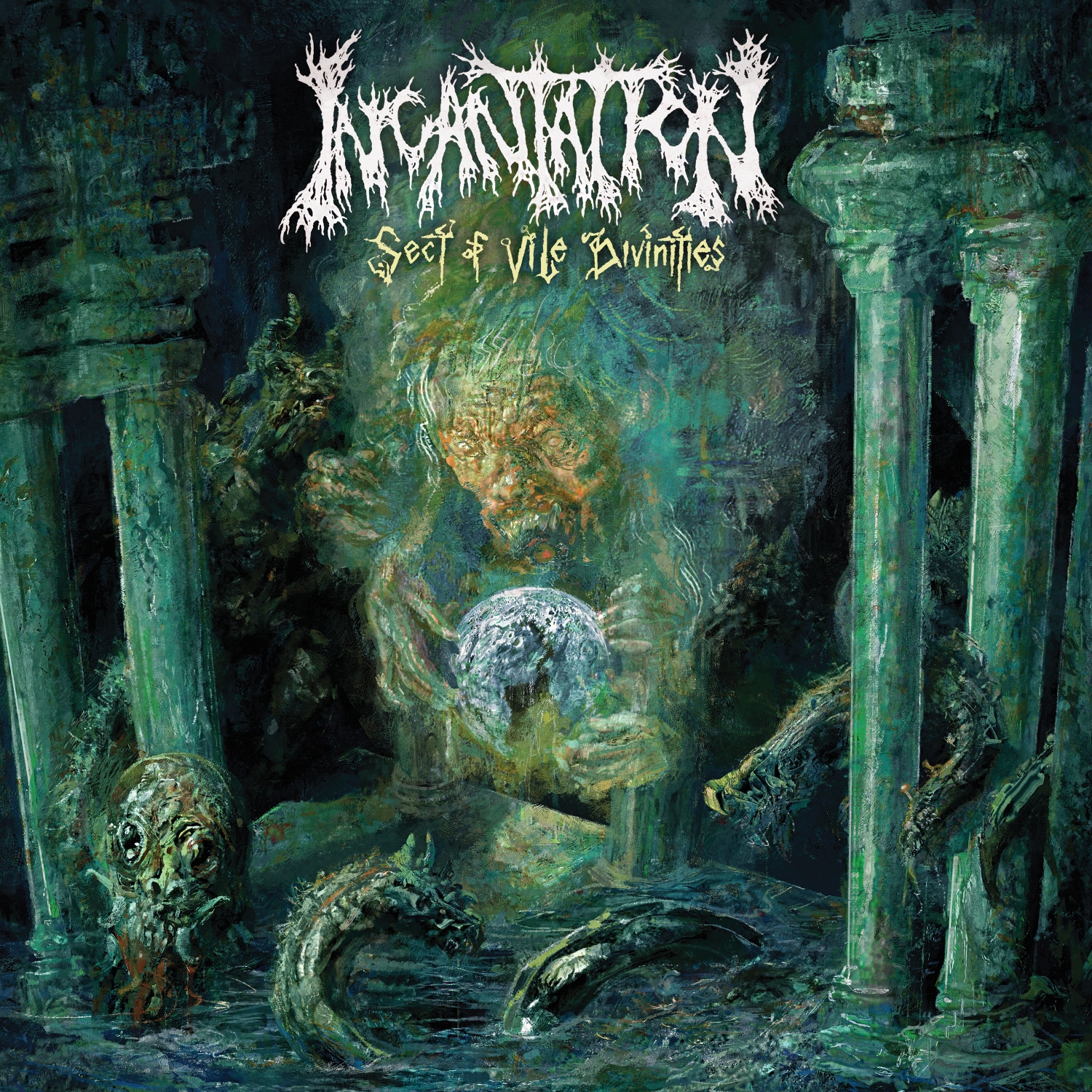 Tracing the history of death metal reveals a handful of bands who are recognized within older subgeneres, but planted the seeds for a new style. Brutal death has Cannibal Corpse, tech-death has Suffocation, and, though less appreciated in this regard, Incantation. The band had all the hallmarks of ‘90s New York death metal, but its dissonant, chasmic undercurrent paved the way toward the territory inhabited by the likes of Dead Congregation, Hissing, and Portal—tentatively named “cavernous death metal.” At the core of this circle of bands lies a deep reverence for Incantation’s unique combination of eviscerating riffage and doom-laden atmosphere. With its latent relevance manifesting in death metal’s recent troop, Incantation has a special opportunity to stick to its guns—enter Sect of Vile Divinities.

Incantation’s many personnel changes since 1989 leave guitarist and vocalist John McEntee as the only member from the 1989 lineup. Still, drummer Kyle Severn and bassist Chuck Sherwood have more consecutive years in the band than other ex-members, and Sonny Lombardozzi recorded his takes for this album before Luke Shively replaced him. The point being, it’s no surprise that “Ritual Impurity (Seven of the Sky is One)” rips like a stampede down the road to Golgotha. Even the guitar solo, where a lot of modern death metal becomes boring, feels inspired. The riffs recapture Incantation’s signature sound, from spooky tremolo leads to bottom-heavy grooves. 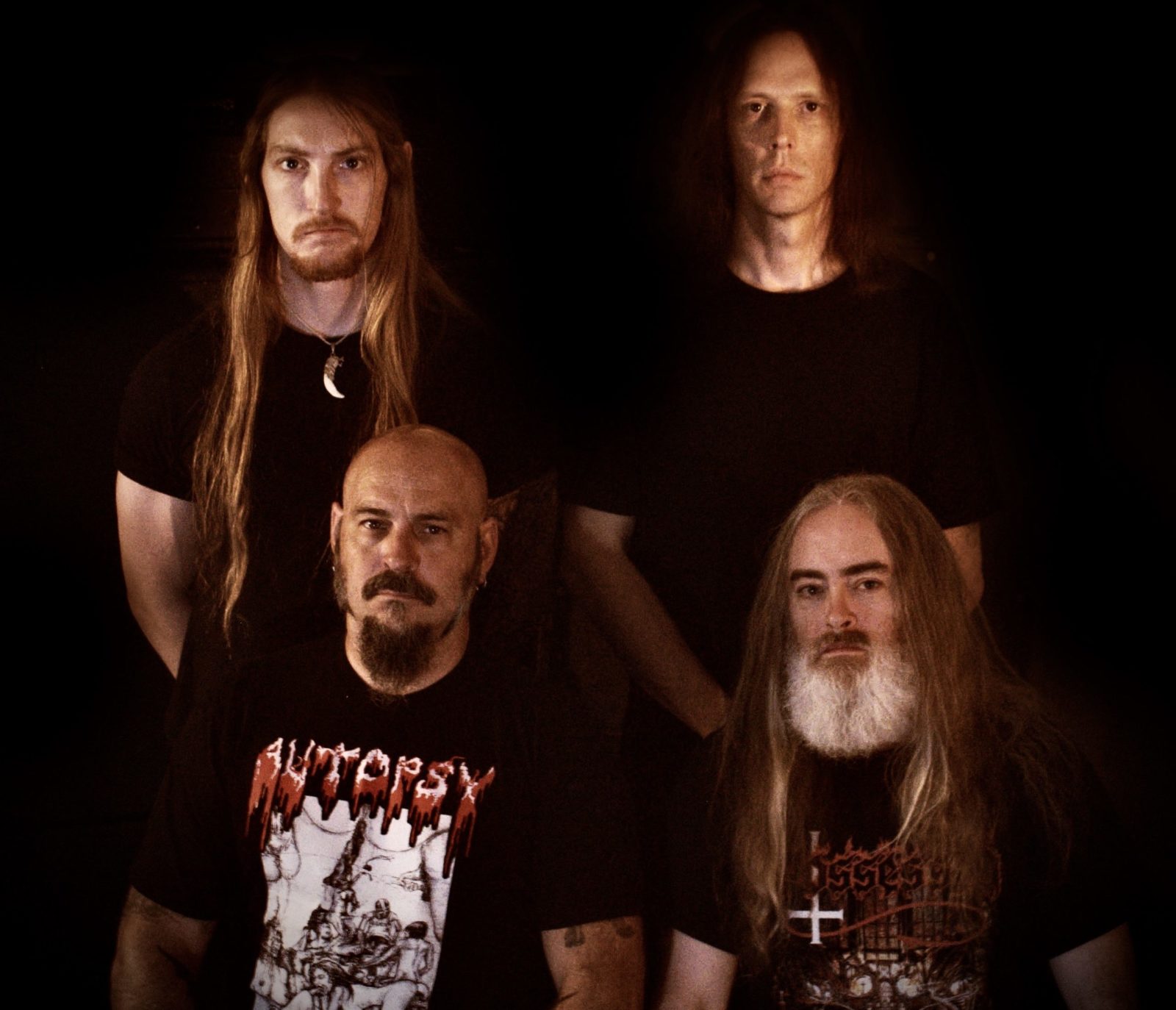 The ominous harmonies of the downtempo slow-burner “Propitiation” and the monolithic spookiness of “Entrails of the Hag Queen” carry on Incantation’s penchant for mood as well as heaviness. Even so, the latter’s intro of blast-beats and chaotic riffs has comparable infectiousness. A cut like “Fury's Manifesto” embodies the reason Incantation resonates with bands on the vanguard of extreme metal with its distinguishing brand of brooding evil and punishing precision.

Death metal bands rarely compare to black metal in their ambiance without falling under the blackened death umbrella, but there’s something about “Guardians from the Primeval” that goes beyond abject brutality. Even shorter, more blunt cuts like “Ignis Fatuus” and “Chant of Formless Dread” have a surprising amount of soul and to match their grit. "Ignis" might be mostly based around the same riff, but it’s a riff that bears repeating due to its emotional heft. The same actually goes for speedier "Chant." It really comes down to songwriting, as Incantation manages to maintain memorability to match their intensity.

The hammering “Black Fathom's Fire” fires off several style changes in only a minute and a half, but knows when to ride that money riff into a sunset of Nile-esque refrain. McEntee also displays intuition as far as when he should use rougher grunts or reverb-soaked groans. It’s this attention to emotion and detail that gives the repetitive guitar strains and plodding drums in “Scribes of The Stygian” a funeral doom appeal. The cleaner production value and tight arrangements make the metallic dirge more decipherable and emphasizes how many styles Incantation really draws from.

Sect of Vile Divinities brings a diverse cross-section of violence, catchiness, gloom, and cacophony. Perhaps some of the guitar intricacies stem from Shively, who embellished Lombardozzi’s work with some extra leads. Tracks like “Shadow-blade Masters of Tempest” certainly elevate themselves with elongated musical phrases and seamless tempo shifts. Just when things seem to be flattening out, the band gets a second, third, or fourth wind of creativity. This prevalent in the eloquently horrific lyrics, written by Sherwood. Lines like “Burning through the viscera/ Maternal death, leech's era/ Her demise announced mortality/ Birth heralds doom for the earthly" recall a time when freaky wordplay was more than cheap shock value.

The longest track on the album, “Unborn Ambrosia,” tests the true strength of this iteration of Incantation. Its progression from slow-moving menace and formidable halftime riffage to a shredding guitar solo is incredibly engaging. In fact, the only thing missing on this album is more dirtiness to match modern cavernous death. The album is certainly bestial, but it’s not until closer “Siege Hive” that the band’s connection to Portal totally reveals itself. It’s here where McEntee and Lombardozzi’s riffage starts crossing from crushing to completely insane. The action steadily comes to a head during the last two minutes, as layers of guitar feedback and inhuman growls transform death metal into a black hole of demonic tumult.

Incantation has an edge over their brethren, in that their music has not only stood the test of time but helped define an exciting new frontier for death metal. Sect of Vile Divinities is less of an “if you like death and doom” album, and more a bridge between New York death metal and weirdos dressing like clocks and playing model shifts over blast beats. The great part is, it still works wonders as a death metal/doom metal album! 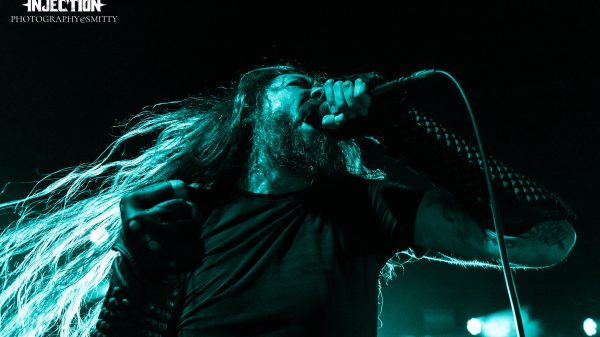 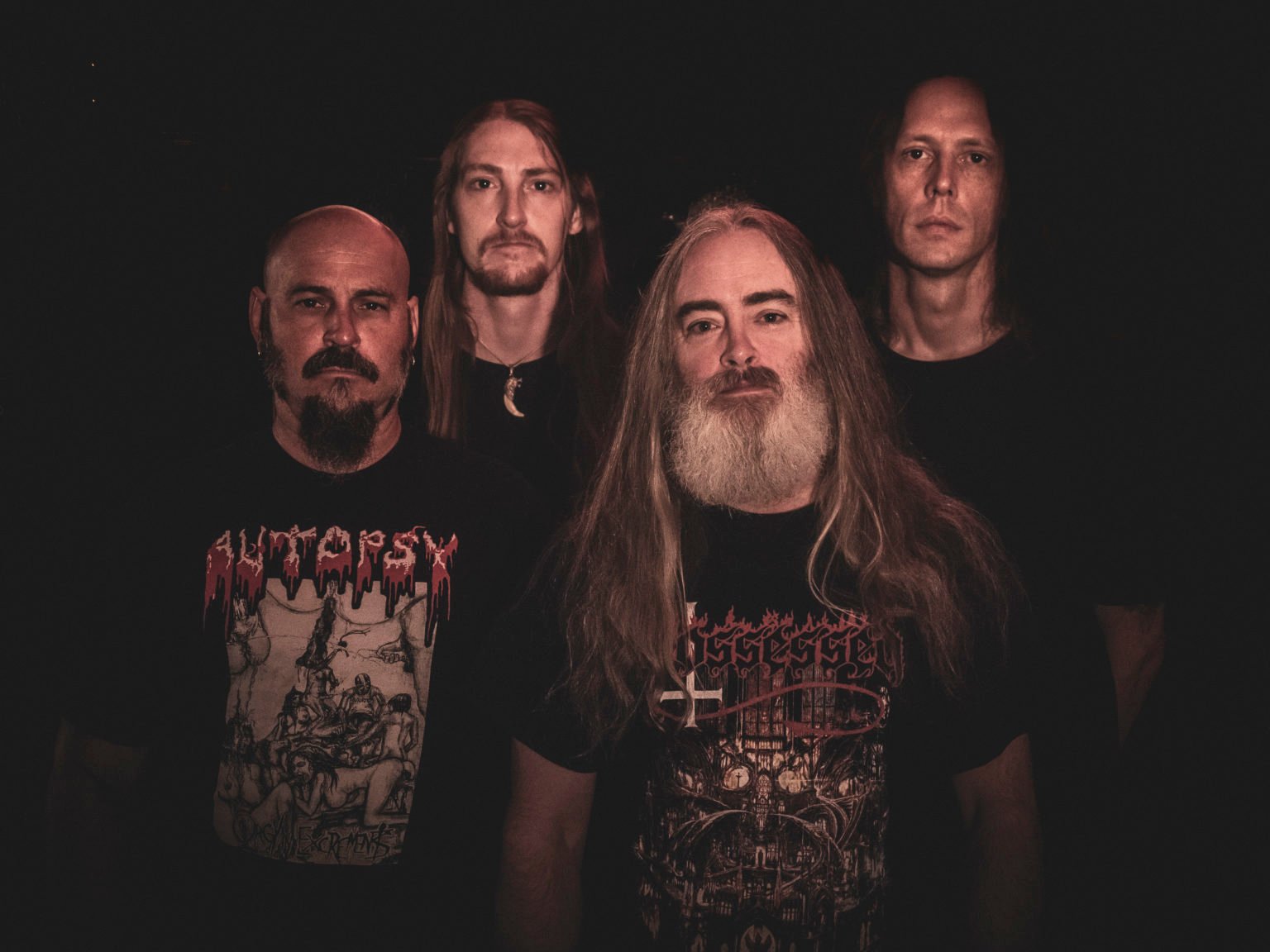