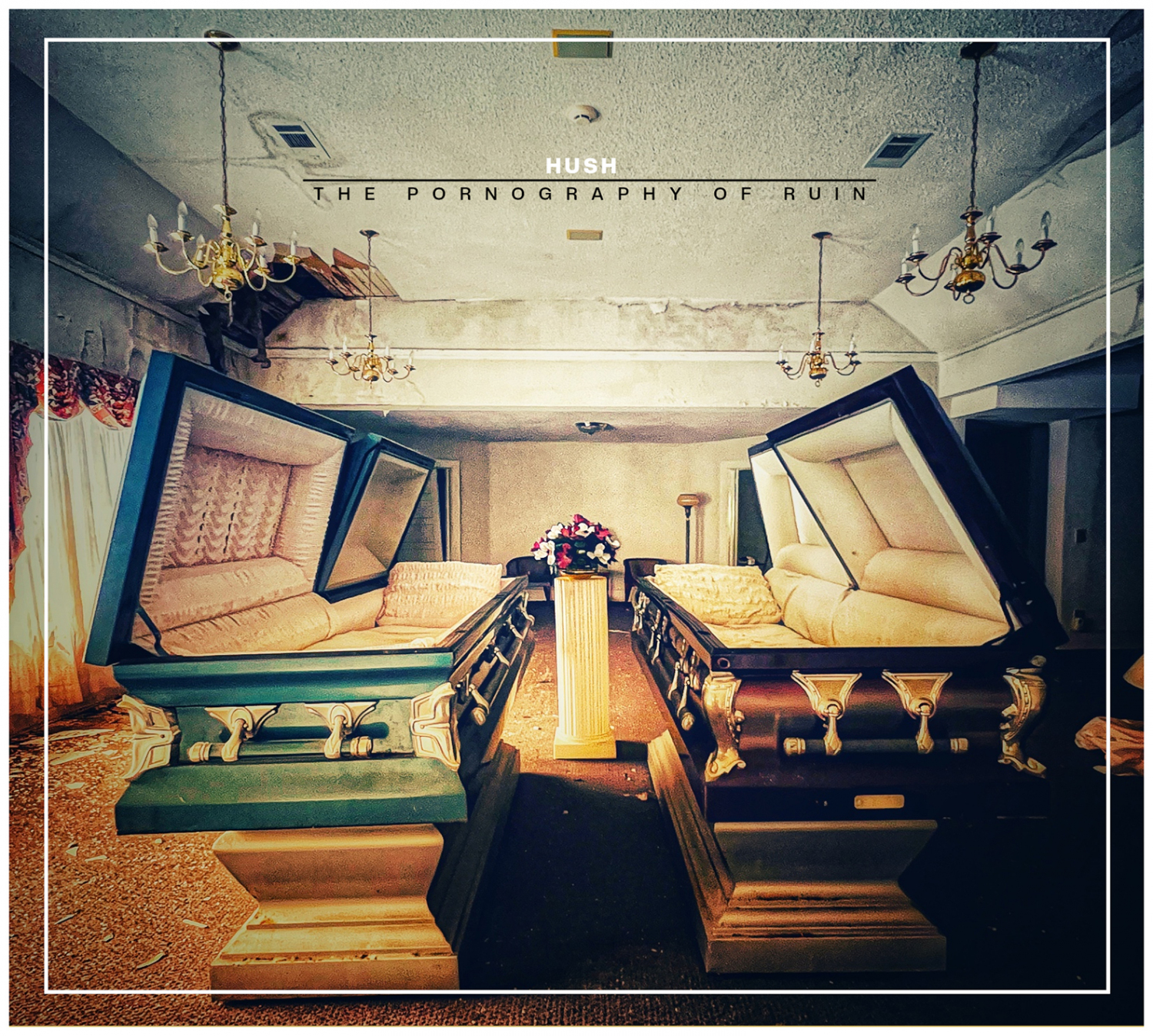 Like many bands in the metal genre, New York's Hush have preferred to explore darkness in a more roundabout way. Emotional music doesn't necessarily need a personal edge, but these guys decided to bear their hearts on their sleeve on their latest helping of crusty sludge metal. As such, The Pornography or Ruin plays like an open wound of lumbering, dirge-like sobriety. It has little use for flash, relying on raw intensity to set a palpable mood of crushing turmoil.

Hush is to crust punk what Noothgrush is to powerviolence. The band may come from that school of thought, but everything's in slow motion. It takes almost two minutes for opener "I Am Without Heaven And A Law Unto Myself" to explode from ethereal piano voicings to distorted bombshells. Even when the first riff drops, the band maintains a sense of nuance. The track keeps relatively simple riffs engaging by steadily adding momentum to gargantuan grooves before dropping into a dream-like haze for the remainder of its run time. Hush immediately displays a knack for dreary clean guitar ambiance to flesh out its primitive sludge/doom pilgrimage.

Though not terribly complicated in execution, a cut like "Above Your Head They Close Like Giant Wings" achieves haunting impact during its glacial, quieter sections. Vocalist Charles Cure cuts through the echoing guitar strains with howls of anguish ("Your promise now unmade/ Words written in dust and blown away") guiding the crescendo toward a seismic climax of nihilistic menace. Hush's balance between unsettling stillness and distorted avalanches works wonders for "There Can Be No Forgiveness Without The Shedding Of Blood." Jordan Cozza knows when to lean into the filthiness of his bass tone, and when to lock in with Jeff Andrews for some nimbler guitar leads.

In fact, it’s really the least aggressive aspects of Hush that stand out the most, such as the spiraling synth drones and tom-tom driven blues misery of “By This Are You Truly Known.” Sure, the walls of brown-noise would surely appeal to fans of Body Void or Primitive Man, but the band goes full Bell Witch with those lone bass chords and oceanic dronescapes. Such comparisons are fitting, as the song breaks 12 minutes without sounding overindulgent in its trudging decadence.

Drummer Mark O'Brien remains the unsung hero in these instances, knowing exactly what and when to play. His burst of energy in the 6/8 intro of "And The Love Of Possession Is A Disease With Them" meshes seamlessly with his well-placed cymbal hits to accent the sluggish cacophony of low-end abuse. Indeed, the tone becomes as important as the chords, offering a sonic bed of nails to lay on as Cure compounds his existential anguish: "Left to rot/ As the sweet decay still drips/ From the teeth of god."

It takes a lot of self-control for a metal band to devote eight-and-a-half minutes entirely to ambient music like that of "The Sound Of Kindness In The Voice." In this minimalist form, Hush still sounds like a band instead of one person layering sound. Much like the Brian Eno/Kevin Shields collaboration, the song's oceanic swells and spectral melodic motifs breath and flow in artistic synergy. The soothing melancholy is so effective that it's feels more like a finisher than the final surge of aggression "At Night We Dreamed Of Those We Were Stolen From"—although, then we wouldn't get Hush's haunting statement of woe: "There is no end to anything/ Just birth, rebirth, and pain."

The Pornography or Ruin never lets its obliterating heaviness overstay its welcome, preferring to marinate in drifting gloom than abject harshness. In this way, Hush brings the album full circle back to lonesome piano chords as evolving modulations and nuanced drum patterns lay the falling action to rest. These guys sport a tremendous understanding of dynamics, and how important they become within the suffocating ponderings of sludge-doom. What results is an album that can serve as a hypnotic transmission as easily as a caustic apocalypse.

In this article: Hush

Full Metal Hipster #31 – Gazing Into The Abyss With Charles From HUSH.

Gazing into the abyss with Charles Cure from New York's HUSH. 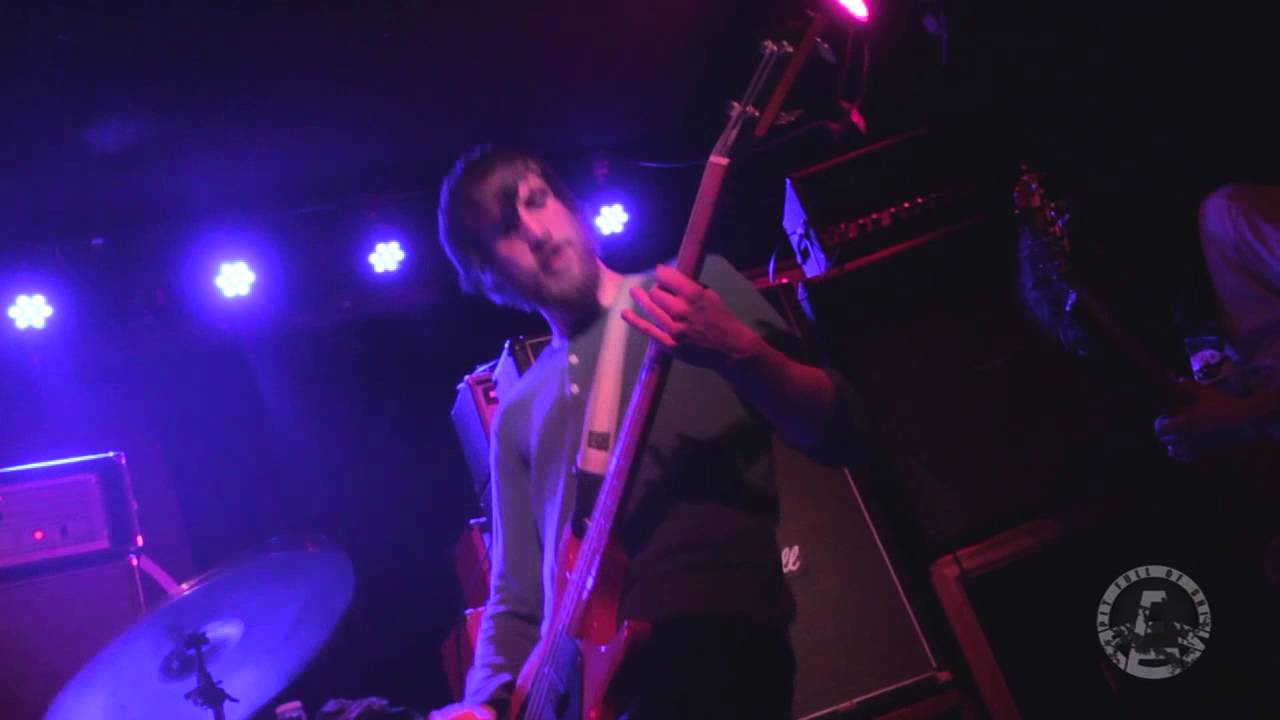 One of the newer additions to New York's stable of heavy hitters is Albany's HUSH., and it's Metal Injection's distinct pleasure to premiere an...