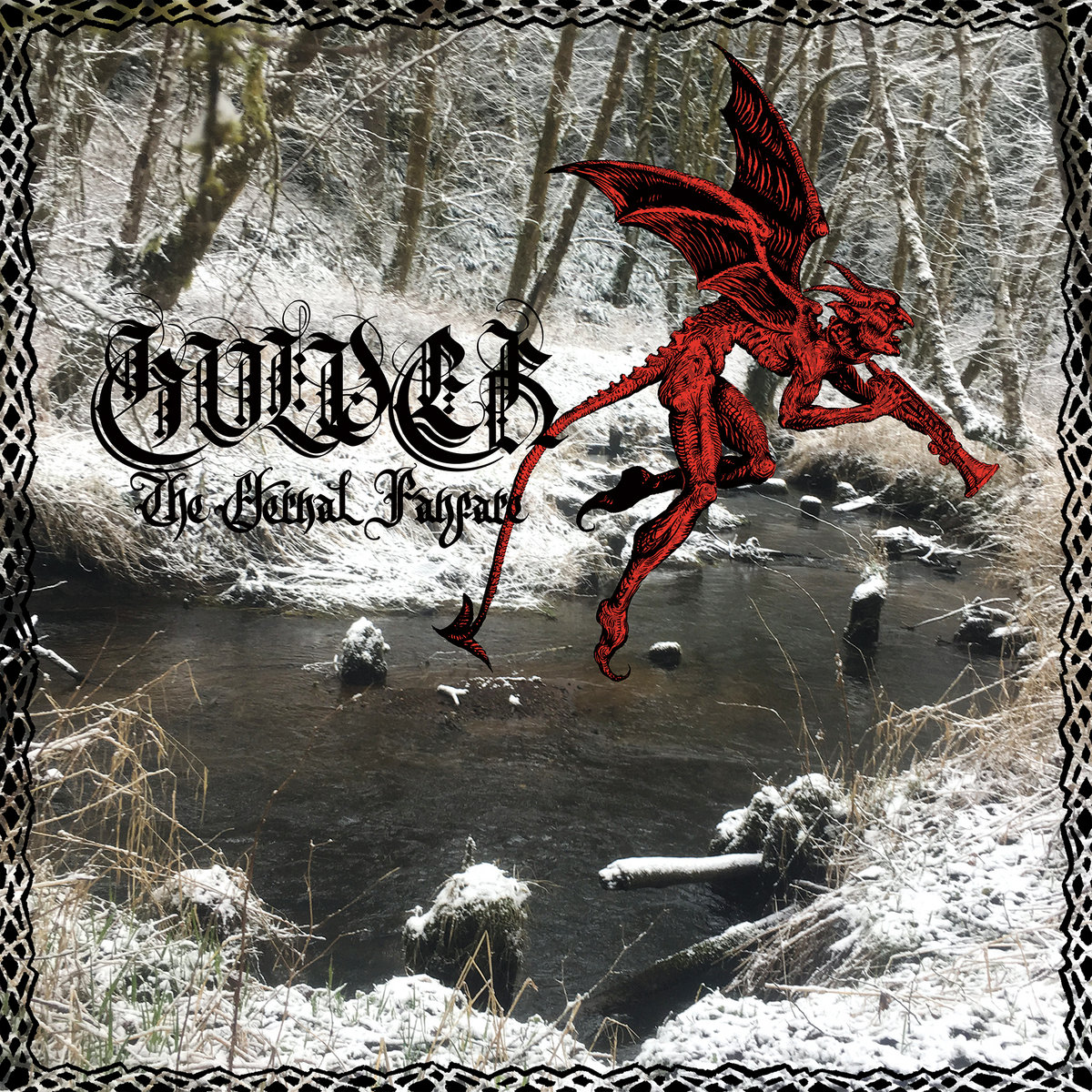 In a metal world dominated by niche scenes and a slowly eroding core of legacy acts, a band like Hulder plays a vital role — providing tunes of the highest quality within her niche — as we enter an uncertain musical future. As a quick listen will tell you, her niche is straightforward, raw black metal. And as a dedicated listen will tell you, it's some of the very best black metal being made today.

I first found out about the project in 2018 while roaming the dense forests of Bandcamp, searching under the label "raw black metal" as I often do, to see what dark and vampyric treasures lay ripe for the taking. And thus I found Hulder's first demo, Ascending The Raven Stone, which was exactly what the witch doctor ordered. The demo held vast promise, from the melodic and melancholy "Heksensabbat" to the fan favorite "Bestial Form of Humanity."

A few demos and a ton of hype later, Hulder unleashed last year's triumphant debut album, Godslastering: Hymns of a Forlorn Peasantry. The production was picture-perfect, and striking the perfect balance between rawness and clarity. In doing so, it avoided the headache-inducing overproduction of many Swedish bands from the mid-to-late 90s, while not going into the almost comical depths of today's many imitators of the Les Légions Noires style. But most importantly, the riffs were addictive and flowed together nicely, the throaty vocals fit overall style, and the rhythm arrangements provided the ideal level of variation.

The album was the culmination of the potential displayed by the demo material, and showed an artist coming into a classic style with her own voice. Whereas the demo material could be said to "sound like" any number of Scandinavian (or Saldorian) masters, Godlastering sounded like Hulder.

Likewise, upon seeing the Hulder with her backing live band in NYC this year, I can confirm this voice is just as exhilarating to witness in person. Thus it is with this sense of confidence and identity that Hulder gives us her latest offering, The Eternal Fanfare. This new EP, coming out via 20 Buck Spin, walks the same path as Godlastering, but tightens and refines the band's style.

For anyone needing some comparative guideposts, think of Hulder's fully formed sound as a mix of Svartalvheim-era Ancient, Satyricon's first two albums, Darkened Nocturn Slaughtercult (if they softened the kick-drum and snare sound and did fewer tom rolls), and Second Spell-era Gehenna. It's a black metal sound that relies on a mix of melancholy riffs and pulsing aggression, and yet has synth-laden interludes that provide an atmospheric touch. It combines elements of the bands and albums I mentioned, but accomplishes the elusive task of sounding like its own breed of blasphemous beast.

Look out for the guitar solo on "Burden of Flesh and Bone" that comes after the bridge. It's light flourishes like this that come at unexpected moments and differentiates Hulder from many contemporaries. Also, perk your ears up for the buzz-saw lead guitar that comes in about 35 seconds into "Sylvan Awakening." As for the title track, it's fist-pumping drum beats are made for the mosh pit and bears the greatest similarity to the aforementioned Svartalvheim. Finally, the EP's last track, "A Perilous Journey," brings the epic energy a proper closer demands, elevated by Hulder's use of clean chanting vocals.

It's quite simply black metal heaven, as contradictory as that statement may sound. Here's the only problem: it's just an EP! "Yes, hello, I'll take an order of more of the same please!" I suppose Hulder was eager to get another release out there after signing up with 20 Buck Spin, just to keep the interest and momentum going. That's fine, we'll be here waiting. May Hulder's "accursed blue flame of blasphemy" burn for many years and albums to come.

Advertisement. Scroll to continue reading.
In this article: Hulder 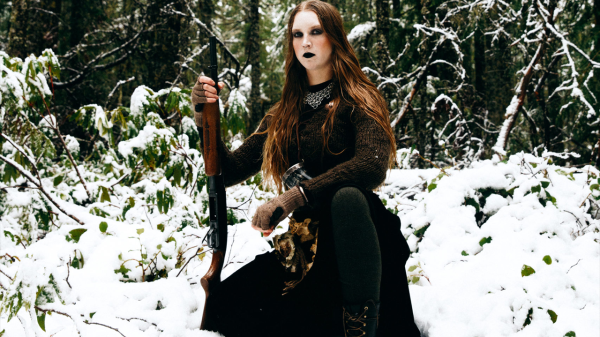 One of the first times Hulder played live.