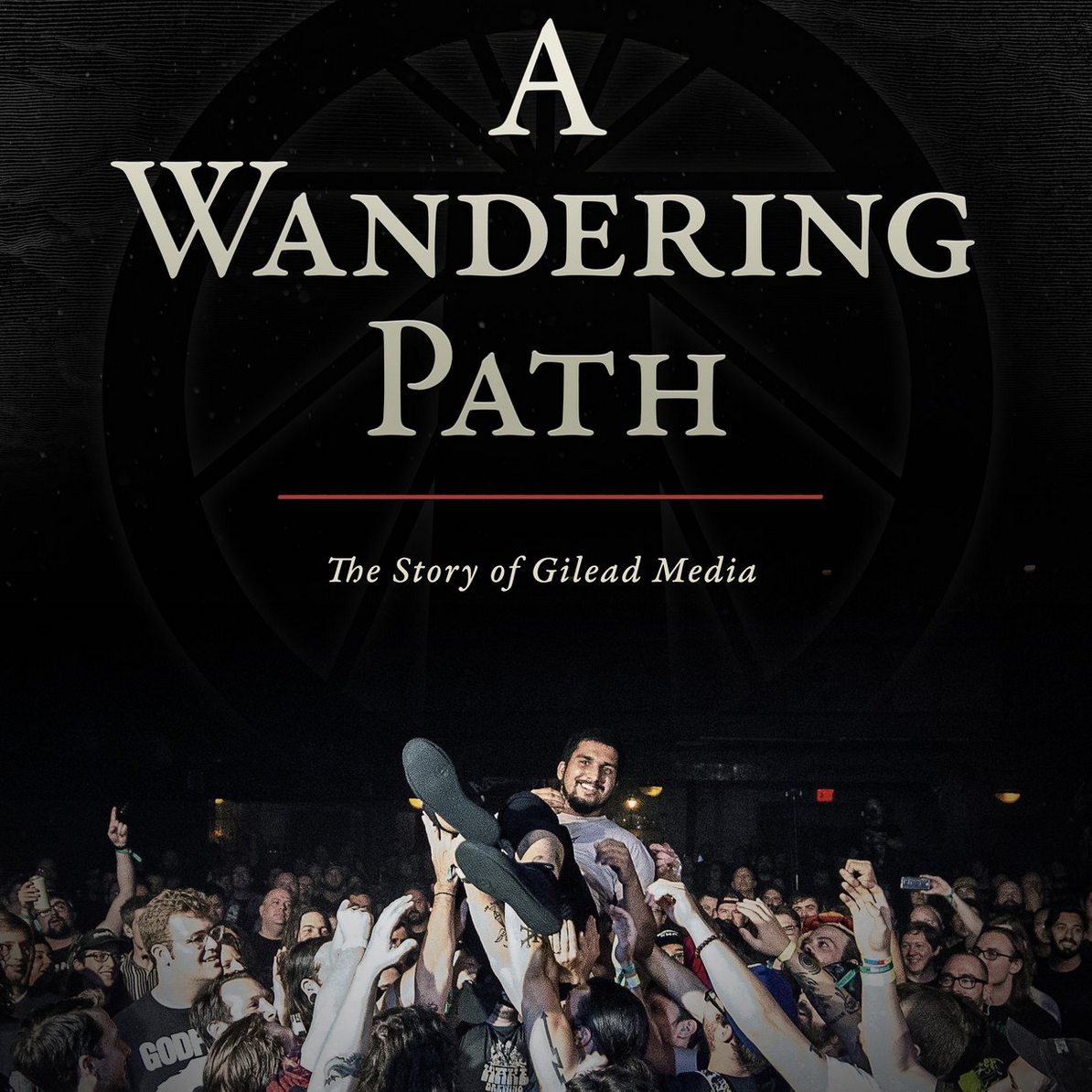 Ever since 2005, Oshkosh, WI native Adam Bartlett has been at the helm of the Gilead Media label which, like most indie imprints, started as a means of issuing small-run releases by his own and friends' bands. Unlike may indie labels with similar jumping off points however, Bartlett stuck with it, growing Gilead Media into one of the most reliable and dependable labels in the extreme music underground, responsible for bringing the likes of Thou, Fell Voices, False, Mizmor, Yellow Eyes, Imperial Triumphant and many more out from their basements and rehearsal rooms (and sheds and wood cabins, apparently) to a broader audience while also becoming the owner/operator of the record store Eroding Winds, what I'm assuming is Oshkosh's chief stop for all things heavy and vinyl.

This film by Michael Dimmitt (Until the Light Takes Us, Mutilation Rites) has as its thesis the story of Bartlett moving from music obsessed kid to music obsessed adult who has failed miserably at keeping that obsession in the background as he now proudly and cantankerously sits at the seat of an empire rooted in black metal, grind, doom, sludge and noise rock. Speaking of proud, you'll never see a prouder parent than Bartlett's mother, Lora who happily beams and glows her way through her interview segments and can't speak more highly of her son. Get yourself a mom like her!

Using the 2018 edition of Migration Fest — the biannual fest Bartlett co-curates with 20 Buck Spin's Dave Adelson — as the film's focal point and culmination of successes and hard work, A Wandering Path tells Bartlett and Gilead Media's story weaved amongst a series of detours and tangents. In fact, two of the opening sequences, featuring Panopticon's Austin Lunn and Couch Slut's Megan Osztrosits, turn the tone away from the label nuts and bolts and Bartlett's life and work to focus on how the Gilead boss has supported and driven them to expand their horizons. In many cases throughout, the focus isn't about particulars and/or bean counting in the slightest, but artistic intangibles, a deep exploration of motivation and inspiration and how Bartlett has pushed bands to be themselves, conquer adversity, given them a forum or, as in the case of Panopticon, even just helped them triumph over the fear of playing live.

Early on in the doc that it becomes clear that A Wandering Path isn't just an ironically appropriate title as the theme jumps from all things Gilead Media specific to short profiles on those bands/artists mentioned above as well as Hell, Pyrolatrous, and Mutilation Rites, the unifying factor being they are all bands linked to Gilead and/or the fest. There are lengthy segments that tackle the history of the Cascadian black metal scene lurking in the shadows in and around Salem, OR that has birthed Hell, Mizmor, Leech and M.S.W., and producer/Krallice guitarist Colin Marston as topics range from basic band family tree and album creation stuff to the minutiae involved in how drummer Lev Weinstein avoids repetitive strain injury when his style of playing clearly should have him crippled from shoulder to fingertips.

The cinematography, editing and basic film making rudiments are tight and seamless, going from gritty and sweaty realism of Bartlett and his staff running around like decapitated chickens during the fest's preparation stages to interview segments that run the gamut from ominous and serious to light-hearted and informal and some pretty sweet archival footage of studio sessions, rehearsals and past gigs. The film culminates in both performance snippets of the Gilead bands from Migration Fest and Bartlett moving his brick-and-mortar Eroding Winds store to a bigger space to accommodate more inventory and in-store performances, the one featuring Emma Ruth Rundle carrying out the credits and fade to black as an encouraging nod to the future for one of underground extreme music's most iconic labels via a well-executed, ridiculously informative and lively-paced document.

In this article: A Wandering Path, Gilead Media

Prepare yourself for what will be one of the greatest showcases of talent in underground metal this coming August!