Their Georgia home base, crossover appeal, sporadic tempo changes and blend of classic rock, stoner and alternative influences may all scream the name of the band that KYLESA is currently opening for, but in no way is Static Tensions an album you've already heard if you've picked up Crack the Skye. Imagine BARONESS nightmaring about THE MELVINS and you might start to grasp Kylesa's fourth full-length, but the gargantuan riffs and two-fisted drumming aren’t going to leave you much room to analyze while Static Tensions is playing.

Kylesa seem to have gotten it all right. Classic-sounding tracks (especially the HAWKWIND-worthy “Unknown Awareness”) are never retro to the point of sounding like rehashes, and for all their experiments, Kylesa never put their sense of adventure above a hook. With the album's perpetually spacey production, the vocals are sometimes too distant to tell whether a guy or a girl is singing (it's both,) but the perfectly-chiseled guitar lines on songs like "Insomnia for Months" and "Only One" are prime stoner rock. Best of all is “Running Red,” a slow-building epic that crunches a piano intro down to a Sabbathian riff-fest driven by the band's two drummers, who usually seem like they're playing completely independently of each other. Your friends who complain that QUEENS OF THE STONE AGE are too routine are going to eat this up.

three and 1/2 syringes out of five

In this article: KYLESA

It's slow moving and heavy in that super distorted, spacey post-rock sort of way. 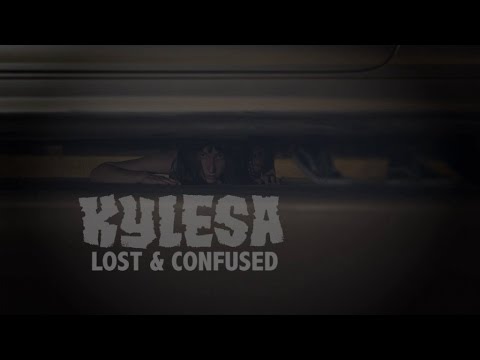