Everything that you could guess about BISON B.C.'s music from their name is probably true. It can shift a plodding stomp into a breakneck stampede with shocking agility, it's well versed in stone age metal (although the "b.c." likely stands for the band's home, British Columbia) and it thrives on a whole lot of grass. Not that they sound retro on Dark Ages, their second record for Metal Blade. It's too heavy for the days of HAWKWIND, too fast for their doom metal peers and too complicated to sound like any of the leaders of the '90s stoner metal boom. It also confirms that for whatever subgenre they get pigeonholed as, Bison b.c. are one of the best.

Dark Ages isn't math-rock, but Bison b.c. change progressions like someone auditioning for music college. "Fear Cave" blitzes a heavy trudge into hypersonic hardcore before crashing into something that sounds like your speakers failing. Premiere track "Stressed Elephant" might be about the mightiest mammal fretting over losing its place in the animal kingdom (to the bison, perhaps) or it could be about Republicans, but there's no time to reflect on that while it's crushing you with guitarists JAMES FARWELL and DAN AND's KYUSS-worthy riffage. If this is doom metal, it's the only kind that can really provoke moshing–try sitting down to "Take the Last Exit" or "Two Day Booze," especially the part in the latter that sounds a little like "Raining Blood." Oh yeah, Bison b.c. also has an incredible drummer, one BRAD MACKINNON, who sounds a bit like DALE CROVER at a drum clinic on the closing "Wendigo Pt. 3 (Let Him Burn)."

Show up early for those HIGH ON FIRE shows this spring. 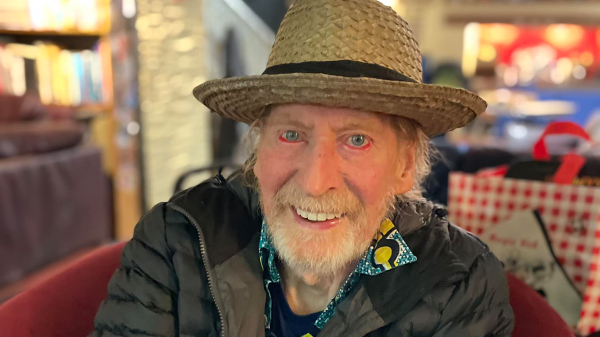 Thanks for everything, Nik.