Album Review: GOATWHORE <em>Angels Hung From The Arches Of Heaven</em>
Boris & Merzbow have team up - this time to create one of themost challenging records of their respective careers.

When you're a so called 'music critic' you end up listening to a lot of super dense music… it's part of the trade. I have to say though, the latest record from Boris & Merzbow, Gensho, may very well be my most challenging listen yet. With almost 150 minutes of new material being presented here, with everything from harsh noise to reinventions of classic Boris tracks this is an album that can be appreciated in many different ways. The promo material tells me that in fact, the recommended way to listen is to buy the four LP set and play the first set of LP's in conjunction with the second in order to get the full listening experience. I tried this using multiple music players and it makes for a fascinating listen. Sure, it's not for everyone (it's actually really alienating most of the time, especially if you're not already interested in harsh noise) but if you're looking for something that forces you to reconsider everything that you hold dear about music then this is the record for you.

Obviously, these two acts have a long history of collaboration together; part of what I've always loved about these is that they so often force you to ask yourself, "is this even music?" On the more Merzbow-dominated parts of this collaboration this question is at the forefront, as may be expected. The fact that this record runs so long (the only release between the pair that is at all comparable is 2006's classic live record Rock Dream, and even that clocks in at under two hours) is actually a part of what makes it so immersive. While at first I will admit to feeling a little frustrated with the fact that merely listening to this album would take up so much of my Saturday, I have to say that now I'm kind of glad I did, because the devastating heaviness at hand here becomes better the more time you spend with it, and forces you to meditate upon your entire existence.

That's the thing: with incredible washes of sound that punish the eardrums and wobbling sonic spheres making you distinctly uncomfortable, the electronic madness of Merzbow has always been a perfect fit with what Boris seeks to do. In fact, the inherent prettiness of some of these Boris re-imaginings only adds to the incredibly potent sounds crafted by their collaborator. When you have this much content, and multiple ways to appreciate the album it's easy to get a lot out of it if you are willing to commit the time. There's so much to pick apart that it requires literally upwards of twelve hours to truly have any sort of concept of what the musicians are trying to do here.

Of course,  not everyone has the time for that kind of thing, and in some ways the harsh sounds and undulating distortion that defines so much of this album comes off as more pretentious than usual. I know that most Boris & Merzbow fans aren't going to be bothered by this, but there comes a point where you need to draw a line. I think that while its great that the artists wanted to present us with so much material the sheer scale of it is going to prevent even true fans from being able to get fully invested. But what do I know: after all, the main thing this record got me was the ill will of my roommates after blasting it for two days. Gensho is a motherfucker of a listen; if you're ready for it then you will fall in love, but if not… it might be best to let this just pass under your radar.

Advertisement. Scroll to continue reading.
In this article: boris, Merzbow 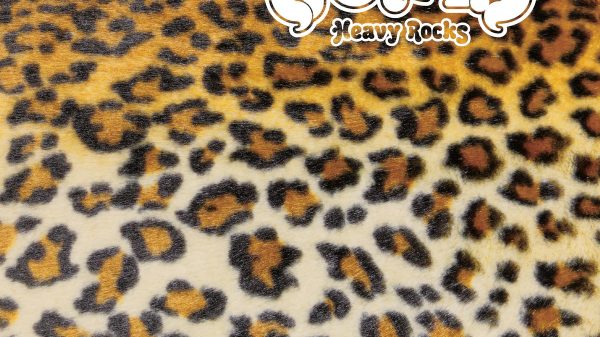