Album Review: GOATWHORE <em>Angels Hung From The Arches Of Heaven</em>
Black Anvil has always been able to balance atmosphere into their metal, but As Was might be their best effort yet.

Currently, as I write this in my apartment, the weather outside could not be drearier. It’s raining rather heavily, the wind blows occasionally through with a stinging cold, and the sky is a well-covered with a gloomy grey. The environment could not be more appropriate for listening to a band like Black Anvil. This American black metal band has had a long reputation for their atmospheric, gloomy, and heavy approach to black metal. Black Anvil continues to push their own envelope with more atmospheric and melodic heights with their newest release, As Was.

Generally speaking, the United States isn’t exactly known for its homegrown black metal bands. Black Anvil however is still pretty notable for their association with black metal, even though the band themselves aren’t too into putting labels on their music. Whatever the case may be, the flavors of black metal are pretty clear in their sound. However, in previous albums, lots of double-picking riffs and heavy blasts beats were still a-plenty. In As Was, we surprisingly have a lot less of that and even more of a focus on melody and atmosphere.

Their released single and title track, “As Was”, showcases this slight shift in their sound very clearly. It is obviously a much slower-paced track, extremely melodic, and even has clean vocals towards the end of the track. As a matter of fact, there is a lot of clean singing in As Was, and it’s definitely not a bad thing. Because the album has a bit more melody in its wheelhouse, the clean vocal help to drive the central melodies even closer to home.

That isn’t to say that As Was is a total snooze. There is still plenty of material to headbang to in all of this album. Tracks like “Nothing” and “On Forgotten Ways” lean on the heavier side of the album which has even more thrash-style riffs with a good amount of blast beats as well. Nonetheless, it’s still very apparent that As Was has more of an overall emphasis on the slower, on-the-verge-of-doom style songs.

The song that I think best exemplifies this is “May Her Wrath Be Just.” Beginning with fast-paced rhythms and drumming, the song progresses and changes shape to having a centralized melody, again backed up with clean vocals. After doing a full listen of As Was, this was the track that I wanted to return to right away, and was also the one I remembered the most. The melancholy and doom-like nature of the track was extremely palpable, and also made it the most unforgettable.

"May Her Wrath Be Just"

As Was is a great addition to Black Anvil’s career. If you enjoy having more atmosphere and gloom while you bang your heads, this is going to be an absolute winner for you. Black Anvil has always been able to balance atmosphere into their metal, but As Was might be their best effort yet.

In this article: BLACK ANVIL 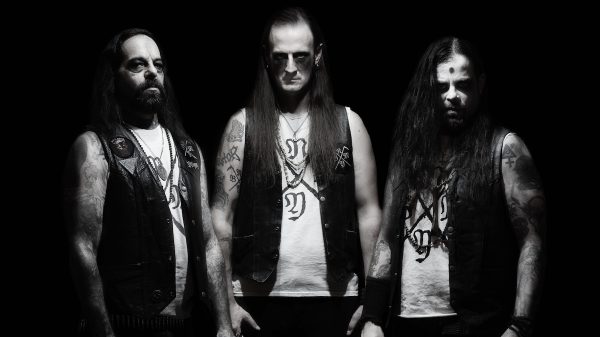