Animals as Leaders have slowly been building momentum since the release of their self-titled debut album in 2009. Just two years later Tosin Abasi has gained a cult following and dropped jaws around the world with his technical style and virtuosic experimental compositions.

The production on this album is phenomenal, the band have been seamlessly fused to create a flawless ride through unpredictable time signatures and complex song structures that suck you straight into the heart of the album. Animals as Leaders may not be the easiest band to listen to for those unacquainted with technical progressive metal, but their inimitable blend of jazz, metal, and even classical Spanish guitar at one point, makes for an oddly relaxing listen.

The first album was a powerful showcase of Tosin Abasi’s mastery of the guitar which could leave a listener bleeding internally from the pounding of sampled drums. Weightless however, shows a far greater amount of variation and experimentation, it is great to see that Abasi has developed his style and added even more spice to his already delicious stew.

There appears to be a lot more synth in this album, yet the addition of a real band instead of the sampling track method used in the previous album really works to create a fusing of the synthetic and the organic. Classic motifs appear alongside new and unexpected turns in the soundscape, fresh cuts of riff and a richly textured sound provide a meaty dish with just the right amount of vegetables and a good helping of gravy to help it go down. What I really mean to say, is that the sound varies between slow, fast, rich and sparse often, unexpectedly and in ways that make this album a box of mysteriously flavoured Revels. You never know what you’re going to get. There is even a hint of the underwater theme from Super Mario in ‘Odessa’, title track ‘Weightless’ is oxymoronically heavy but an incredibly light and easy listen. Isolated Incidents too stands out with its animalistic style and evolution into a more complex, dense sound until exploding into the palm muted disjointed world of djent.

Once the end of the album looms you may expect a large underwater octopus to come into the room wielding a SNES, a portal to the 90s and one of those hoverboards from Back to the Future. Further symptoms may include feeling as if no other progressive metal will ever be good enough.

This is a progression from the debut album that is precisely what fans need: still a trademark Animals as Leaders album but containing so much more. This is a masterpiece of a second album that is a great improvement on the first in terms of development and style whilst exceeding all expectations. I can only hope Animals as Leaders create something like this once more. So what if this album isn’t a carbon copy of the last one, this band is precisely what the genre needs: some fresh new ideas. 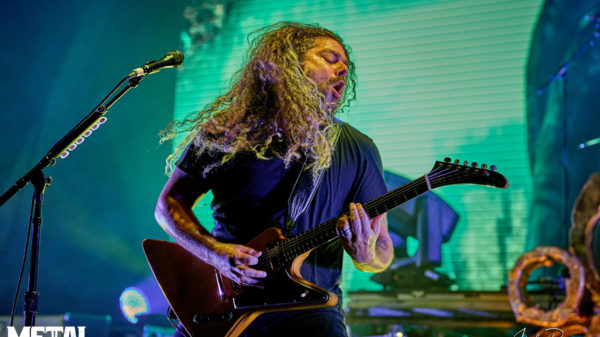