In The Left Field of Satan – A Look At The Weirder Black Metal Bands
Their previous two albums, Under a Frozen Sun and Fallen Angel’s Dominion show a band with a well-honed focus on what they love. The results are so precise, that you’d think Dissection secretly had a stash of unreleased material hidden in some basement

During the past year, as I explored various offshoots of black metal, I developed a certain affinity for the style of bands like Dissection, Sacramentum and Vinterland. With the use of melodic riffs and song structures that remind one of towering works of European classical music, the style is one of metal’s most captivating. As I delved further into this style, I despaired at the idea that few younger bands out there try to bring this sound back in any meaningful way. And then I discovered Thulcandra. Hailing from Munich, Germany, the band has made a career out of their love for this style of metal.

In one sense, the band shamelessly apes this sound, adding very little by way of innovation or a fresh voice. In another sense, Thulcandra totally rules.

As Decibel says in their list, “Top 5 Dissection Clones”:

Across three albums (newest album, Ascension Lost, rules!), Kummerer and Thulcandra comprehended, reinterpreted, and released what can only be said as the most accurate homage to Dissection (again, all albums feature Necrolord “blue” covers). The magic of Thulcandra is that they’re really fucking good. It’s not just nostalgia for nostalgia’s sake. The Germans are actually writing songs, branched logically off of Storm of the Light’s Bane and predecessor The Somberlain. If Reinkaos wasn’t Dissection’s proper send off, then Thulcandra’s entire discography surely is.

And they even take glee in this reputation, remarking on their Facebook page “And Thulcandra made it to #1!”

Their previous two albums, Under a Frozen Sun and Fallen Angel’s Dominion show a band with a well-honed focus on what they love. The results are so precise, that you’d think Dissection secretly had a stash of unreleased material hidden in some basement or a chest floating somewhere in the Baltic, which was then miraculously discovered by German merchants and sent to Munich. But anyway, Ascension Lost basically fits the same mold, albeit with some non-Storm of the Light’s Bane elements integrated as well.

In fact, it’s when the band lets up off the Dissection/Sacramentum-worship that some weaknesses show up. There’s a certain plainness to songs like “Throne of Will” and “The Second Fall” that reminds one of the boilerplate melodic Swedish metal of Arch Enemy and The Haunted. To be sure, this can make for some good music, but it lacks the dramatic grandeur of other songs like the lead single “Exalted Resistance” and “The First Rebellion.”

But while some of the results don’t burn as hot (or freeze as cold?) as some of the others, there’s no denying the German band’s ability to use their songwriting skills to craft a narrative, and push that narrative to interesting and haunting places. Where those places are I’m not totally sure. Who is “the one” in “Sorrow of the One?” And what are we resisting in “Exalted Resistance?” Not that I mean to be a stickler about lyrical subject matter, but I’ll be interested to grab a lyric sheet when I have the chance. If in the end, the lyrics are mostly an amalgam of “darkness” and “sorrow” left open to the imagination…that works too!

Regardless of any of its (very few) flaws, metalheads who hope to see their beloved style retain both its menacing and ornate qualities should be happy that albums like Ascension Lost are still being made.

Favorite Songs: “Exalted Resistance,” “The First Rebellion,” “Sorrow of the One,” and “Ascension Lost”

In this article: thulcandra 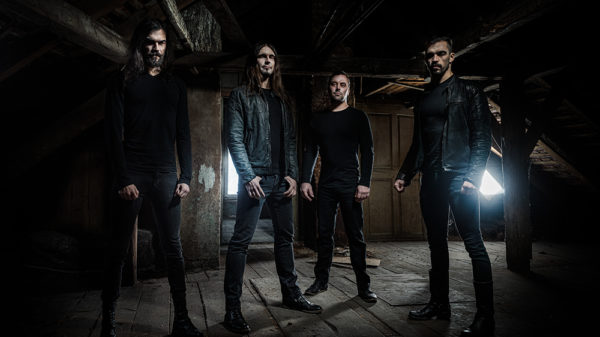 Blackened death metal for all!