Album Review: THE WINERY DOGS <em>III</em>
Sweden's The Crown is one of many great death metal bands to come out of the country's legendary scene. But aside from the occasional mention or the inclusion on Decibel's top 100 list of death metal albums, you tend to hear about them less than many of their peers.

Sweden's The Crown is one of many great death metal bands to come out of the country's legendary scene. But aside from the occasional mention or the inclusion on Decibel's top 100 list of death metal albums (#93 Crowned in Terror, #44 Deathrace King), you tend to hear about them less than many of their peers. This is unfortunate, as their catalog contains a wealth of solid metal to be discovered. Speaking of the back catalog, Death is Not Dead also marks the return of the band's original vocalist, Johan Lindstrand.

On their latest album, the band takes an approach that mixes the buzzsaw guitar sound of bands like Entombed and Dismember, and blends it with both the melodic style popularized by the Gothenburg set and a dash of classic heavy metal. The classic element is especially evident in the guitar solos, like the brilliant section on "Speed Kills (Full Moon Ahead)." Though the song seems to be about nothing in particular, it still makes for an exciting listen. The song "Ride to Ruin" has an almost hard-rock/metal feel to the bluesy riffs and soloing. This approach has made endless amounts of terrible records, but here The Crown (against all odds) somehow makes it kick some serious ass. This is also where the seeming overproduction is vindicated by the power it gives the song.

Another highlight includes the song "Iblis Bane," which exhibits possibly the best songwriting on the album. It's impressive that after so many years (1990-1998 as Crown of Thorns, until some christian band threatened to sue over the same name…which, funnily enough and totally unrelated, reminds me of the hardcore band named Crown of Thornz), the band still has some solid chops to display in the creative department. When taken as a whole, the album comprises an enjoyable slice of melodic death metal. By the way, if you haven't listened to The Burning or Eternal Death, I'd get on that right away.

Though my judgement here wouldn't be universal praise. There's nothing to strongly attack or ridicule on this record, but there is a certain plateau effect where only a few moments manage to stand out from the rest. And while I lack the lyric sheet to confirm this, the songs themselves seem to lack any concrete subject matter, and are more an amalgamation of "dark" and "extreme" stuff mashed together. And that's fine, but its unfortunate when you consider a song like "In Bitterness and Sorrow" in retrospect and see how capable the band is of conveying real existential grief. But, as they're not a group of angry twenty-somethings, it's perfectly fair for them to want to just throw some dark stuff together and thrash away for its own sake.

However, I did like the cleverness of one part of the album cover, with a coin slot on the left hand side saying "Insert Soul to the Gods Rock and Roll." An obvious Venom tribute for those who might not know (if that's the case, you have some homework to do). And this nod to the lords of old brings me to one of the album's other strong points, the OSDM dissonance and fury of "Herd of Swine." It's a funny thing when a brutal track proves to be the break in an album, when usually it's some soft instrumental number.

But anyway, putting my quibbles aside, this is a perfect album to listen to while on your way to a show, or to put on in the background while having a few cool ones. The Crown are still a criminally unsung band for many metalheads, so hopefully this new album will begin to change that. 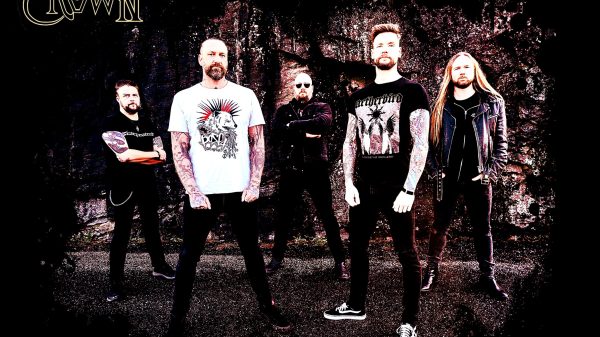 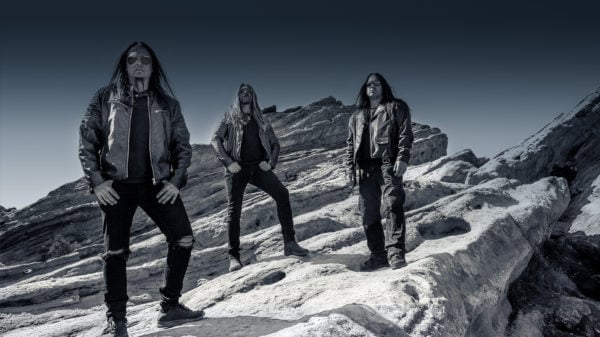 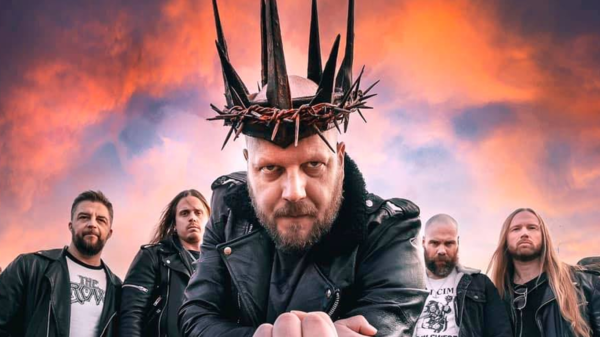 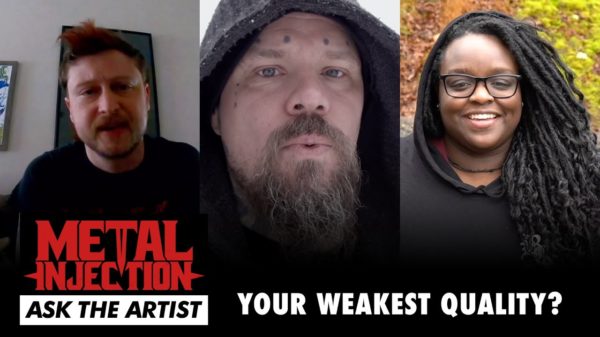