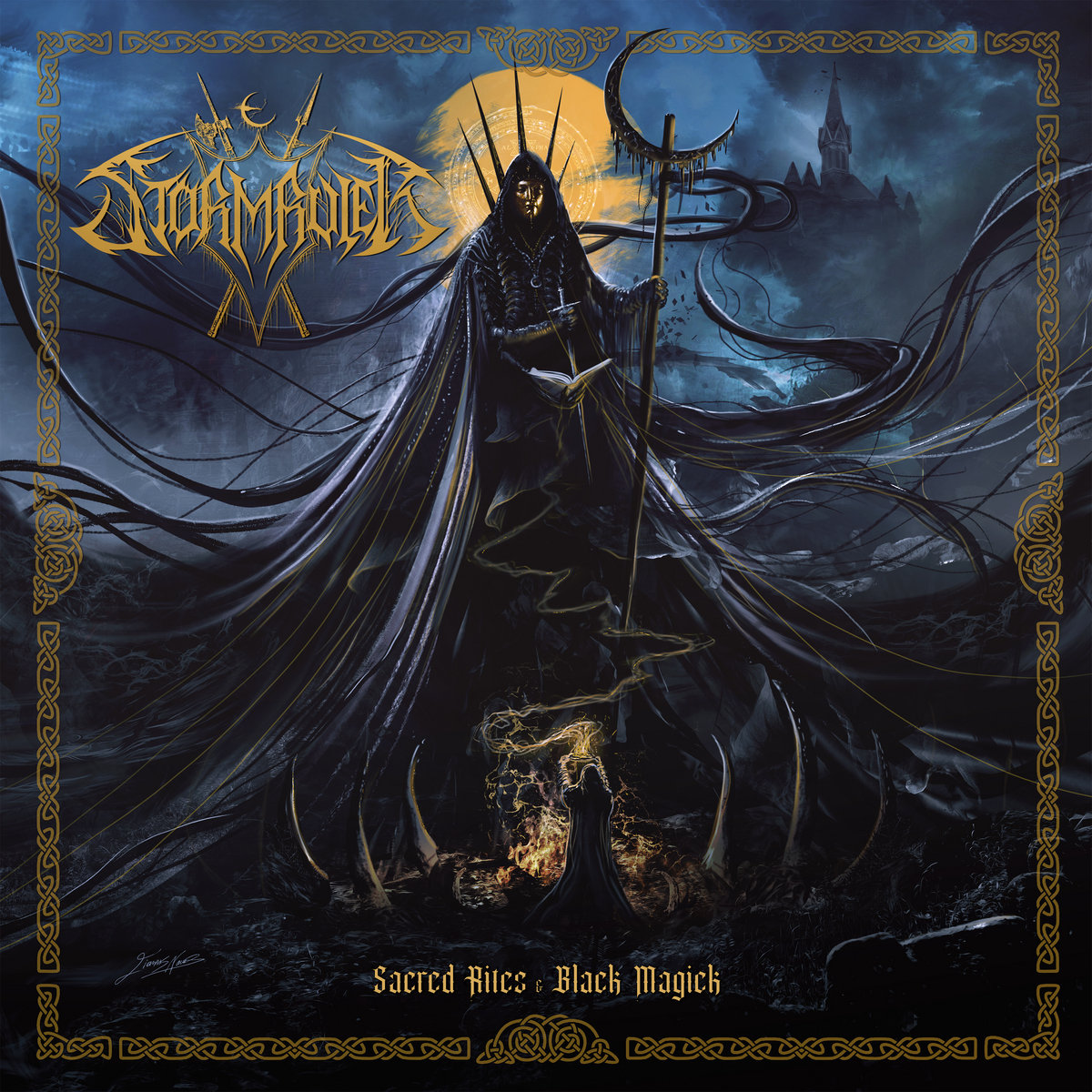 Last year, a new force in metal arose from St. Louis. Gleaming with the shine of ivory horns came Stormruler, mighty warriors striding across the golden lands to bring salvation to those forlorn with a soul in longing. It's a longing that binds a very select group of us together in mourning and sorrow, one that only a band like Stormruler could seek to unshackle from our despondency. I am of course talking … about those of us who wish Dawn made more than two albums. Or who wish Vinterland didn't stop after Welcome My Last Chapter. Or who wished Naglfar still sounded like they did on Vittra.

Blackened melodic death metal, or whatever you want to call it, never gets old. So long as the band members are talented composers who have a flair for drama and darkness, there will always be quality material to enjoy from this style. It's why bands like Stormkeep, Ninkharsag, Thulcandra, and many others still fly the somber(-lain) banner of the mid-90s Swedish sound.

Stormruler is one of the newest in this tradition, and their latest album is a testament to its continued vitality — Sacred Rites & Black Magick is simply a triumph of black metal art. In terms of its specific lineage, the most obvious influences seem to be Dissection's Storm of the Light's Bane, Dawn's Slaughtersun, Lord Belial's Enter the Moonlight Gate, and shadows of other bands like Setherial, Eucharist, The Moaning, and Throne of Ahaz. A band with good taste, applied well, is always off to a promising start.

All the hallmarks of this frosty and energetic style are on glorious display here. The tremolo-riffing produces entrancing ear candy, made extra sweet by the band's use of minor variations that build on each other to build the sonic narrative. This is especially evident on a song like "Entranced Within The Moon Presence," where the Dawn influence is particularly clear.

And of course, Jason Asberry's vocals are dialed in with that perfect amount of reverb to give the music that ghostly quality. And don't take that the wrong way, this ghost not simply whispering in the dark, he's bringing the fire with him! It's the kind of screaming that reaches right into your soul and demands your attention. There's something so satisfying about vocals that are so ferocious. It's why most people can't stand this music, and why you and I are devoted to it.

Additionally, the band knows how to add their own spin to the music. "In The Shaded Vlasian Forest" brings in, well, shades of thrash metal like the riff that comes in at the 38-second mark. Drummer Jesse Schobel also knows how to throw in some rhythms and fills that aren't so easily derived from the albums I mentioned earlier.

Sometimes the band throws in some arrangements more reminiscent of Necrophobic or other acts that hewed closer to the death-metal side of the family. Check out "Ten Heralds, Ten Desolations" to hear what I mean. And, every so often, there's just the SLIGHTEST hint of power metal in the heroic gallops and palm-muted bridges. But just a little bit!

I also dig the short interlude tracks scattered throughout the album. Helps break things up a bit on such a long and dense set of music. Oh, and the solos are rad too. The band is at once deadly serious about the music they make, but manage not to lay the aesthetic on too thick. But there's also no gimmicky use of jokes at the music's expense or some insufferable undertone of irony that became so common in the last decade.

This style is not new, and to maintain that recognizable feeling in the music, the band only has so much latitude in mixing things up. But I think that's ok. After all, everyone knows what film noir is and why it's great. But just because it's not the late 1940s doesn't mean you shouldn't write that screenplay about the detective wandering the lonely streets at night — ominous piano music in the background. Likewise, it's not Stormruler's problem that it's not 1995. They play a familiar style, and they play it extremely well.

Advertisement. Scroll to continue reading.
In this article: stormruler 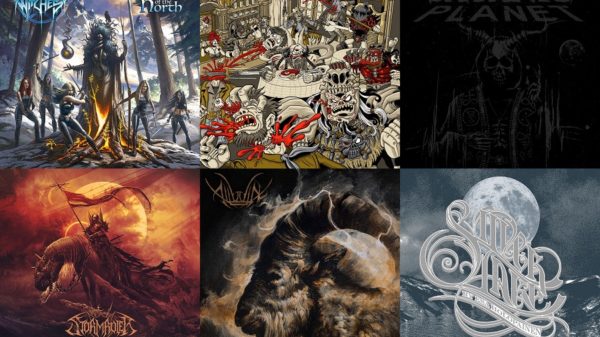 THE WEEKLY INJECTION: New Releases From GWAR, ALLUVIAL, and More Out Today – 5/28