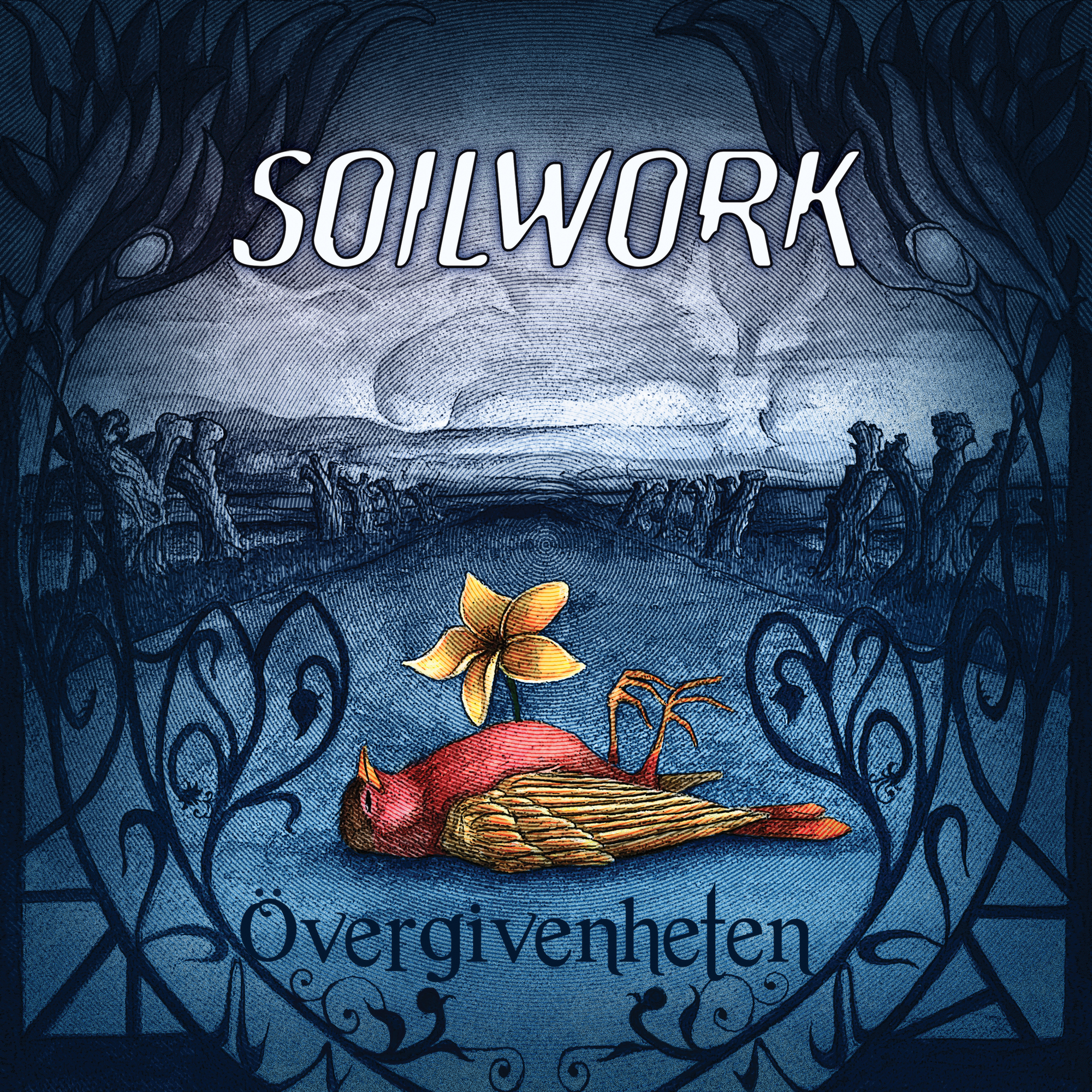 Many times when a band has been around for decades, their output tends to slow. Not so with the Swedish melodic death metal group Soilwork, who have now issued two full-lengths and two EPs in the past three years. Their latest effort is Övergivenheten, which translates to Abandonment.

In addition to Soilwork, frontman Bjorn "Speed" Strid and guitarist David Andersson have been part of the hard rock band The Night Flight Orchestra since 2007. They have honed their skills writing melodic songs for that band's six studio albums, which has also benefited their main band. Soilwork also recruited their newest member, bassist Rasmus Ehrnborn, from The Night Flight Orchestra.

The balance of extremity and melody has long been a Soilwork hallmark, but it seems their melodic sections are getting catchier and catchier. That's definitely the case on Övergivenheten. It's also a diverse album, and that begins with the opening title track. An acoustic beginning (with guitar and banjo) builds anticipation until the metal kicks in with aggressive harsh vocals from Strid. A catchy chorus quickly emerges, going back and forth between growls and singing.

They go from Swedish to French on “Nous Sommes La Guerre,” which features mostly melodic singing with harsh background vocals, an interesting approach that works. There’s also an extended guitar solo. That transitions into one of the album’s heaviest tracks “Electric Again” which features some impressive drumming from Bastian Thusgaard. “Vultures” is another bludgeoning track where Thusgaard shines that mellows out at the end with a piano outro.

“Valleys Of Gloam” is anthemic and instantly memorable, another track with almost exclusively clean vocals. They do a nice job with the tracklisting on Övergivenheten, following the accessible songs with ones that are heavier, giving the record a smooth ebb and flow.

The aforementioned Night Flight Orchestra influences are most pronounced on tracks like "Death, I Hear You Calling," that despite having some harsh vocals is ultra melodic and even slightly cheesy. Strid's vocal chops are indisputable, with his best performance on the record arguably on "The Godless Universe," displaying range and power in addition to passionate growls.

The tail end of the album is the weakest, with songs that aren’t duds, just not as potent or memorable as some of those on display earlier on the record. The record closes with a track that has both the longest title and length, “On the Wings of a Goddess Through Flaming Sheets of Rain” that has dynamic and interesting parts, but also some filler.

The album as a whole is a bit bloated as well, clocking in at 65 minutes, which is 15 minutes longer than 2019's very well received Verkligheten. A couple of the less compelling tracks could have easily been excised, which would have tightened things up. While there are some shortcomings, they aren't dealbreakers. Övergivenheten has a lot of strong songs and top-notch musicianship, another worthy addition to Soilwork's extensive canon.