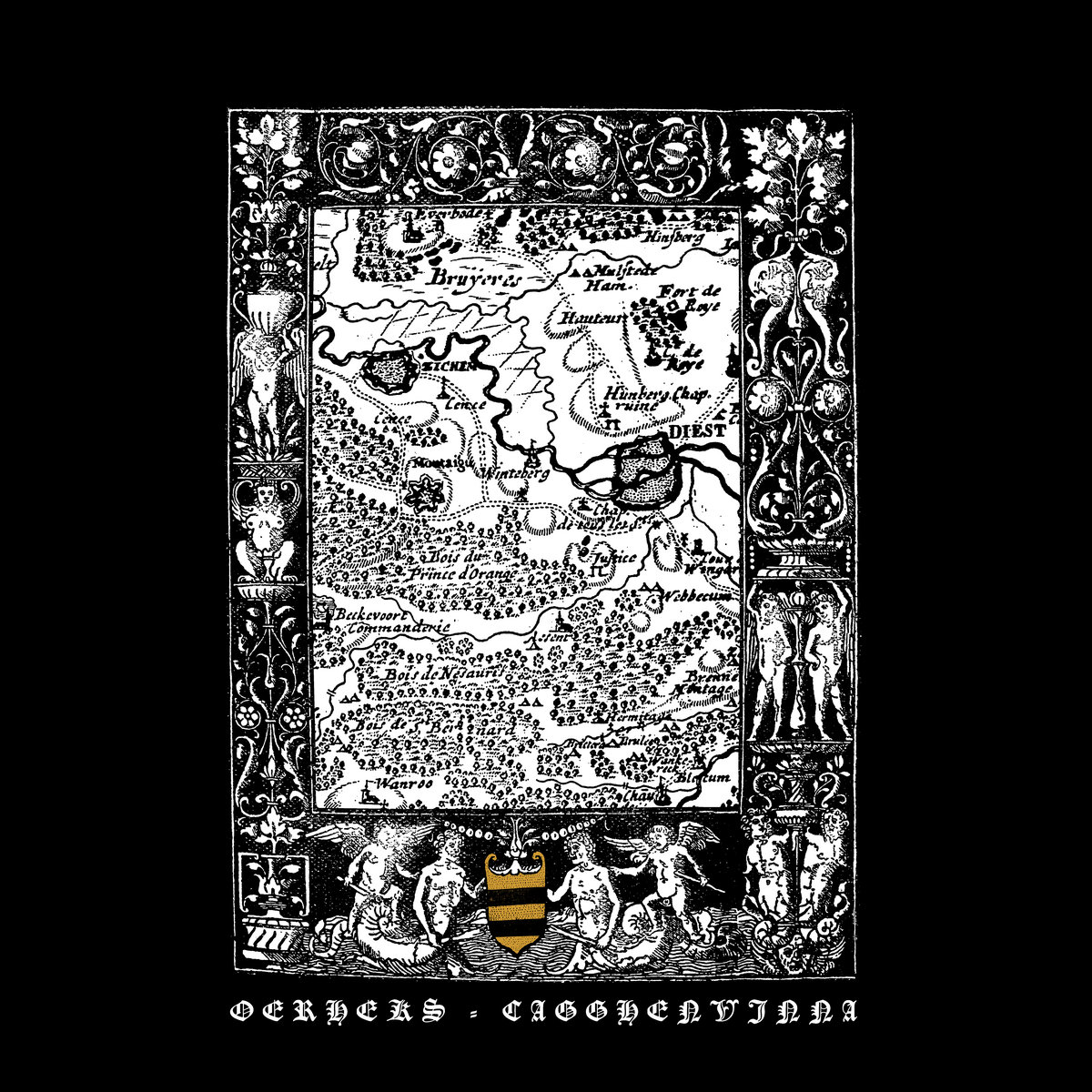 Flanders — the northern, Dutch-speaking region of modern-day Belgium — has seen a lot of history. Of course, this could be said of almost anywhere in the world, but this region in particular has served as a choke-point of major world events. Situated at the western edge of the Northern European plain, it's played host to much of the cultural, military and religious shifts along that superhighway of empires.

From its Celtic and Germanic roots, to its conquest by Rome, its place in the middle of Charlemagne's kingdom, wars of religion, and the cataclysms of two world wars, there's no shortage of lore to mine for artistic endeavors. Indeed, within this region sits Hageland, the eastern portion of Flemish Brabant, an area with its own ancient myths and folklore, and a place in the turbulent history of the region. This is the ground that Oerheks treads on its debut album, Cagghenvinna.

Raw, atmospheric black metal makes a natural home for this subject matter. It's perfect for evoking the feelings of a mysterious, shadowy past, and this one-man project hits all the right notes. The production is self-consciously raw and draped in curtains of reverb and candelabras burning with fiery riffs and vocals. And while there's definitely shades of many similar bands here, Oerheks doesn't simply do what most atmospheric black metal bands do: put pine trees on the cover and pretend Bergtatt doesn't already exist.

The project's style most closely resembles that of Finland's Cosmic Church and Blut Aus Nord's Memoria Vetusta albums. But there's also touches of Quebecois black metal here (the "needling" riffs, you know what I mean), along with a bit of Agalloch and Obsequiae. It has something to offer both to fans of narrative-driven atmospheric black metal, and to devotees of modern raw black metal but with less emphasis on being a vampire or whatever.

In this sense, Oerheks will probably strike most listeners as a "take it or leave it" sort of act. I'm sure there are some of you reading this, eagerly pressing your glasses to your faces, ready to pounce: "Ugh, another purposefully raw black metal album. God, the style and aesthetic is so tired… maaaaaaaaan." Well. Good for you. But for those of you who enjoy imagination-stirring sound created on albums like this, you'll enjoy this well-done example of that sound.

Cagghevinna's strongest moment's come on the opener, "Door Doornen Overtogen," along with the excellent epic "De Oude Eik & Eindigende Lust." The latter track displays several effective black metal motifs: the double-kick-drum-backed melodic riff and the dissonant arpeggio plucking stand out here especially. The energetic "Doorheen de Demervallei" stands out as well for it's fist-pumping pace and engrossing use of synths.

The less effective moments are limited, but mostly encompass the use of the high-pitched needling riffs I mentioned earlier. On some parts, like the beginning of the last song, these linger for a little too long, to the point where you want to skip ahead. They're not "bad," but they do overstay their welcome a bit.

Regardless, if you like cavernous, atmospheric black metal that keeps it raw — and you dig history — you should turn this up.

In this article: amor fati, oerheks