Album Review: KRISIUN <em>Mortem Solis</em>
One of the major draws to Nekrogoblikon is the unique style of melodic death metal they perform. Whenever listening to them, there is no mistake, its Nekcrogoblikon. In fact, the distinction is so great, that it's difficult to find bands with similar composition.

In 2006, this six-piece band from Los Angles formed, and introduced the world to their self proclaimed sub-genre of goblin metal. Heavy Meta will be their third full-length album, and now with a strong following and some recordings behind them, it will be interesting to follow their progression and observe where their newest product has landed them.

One of the major draws to Nekrogoblikon is the unique style of melodic death metal they perform. Whenever listening to them, there is no mistake, its Nekcrogoblikon. In fact, the distinction is so great, that it's difficult to find bands with similar composition. Their twist on metal incorporates a folk aspect, as well as a "party metal" feel. Characteristics include well crafted hooks, a keyboard, catchy choruses, and a goofy, circus-like comical approach. This may sound interesting, so if you're not familiar with the band, it's best explained by simply listening to it.

I believe Heavy Meta is the best album Nekrogoblikon has released so far in their career. Each song is very distinguishable; it's sometimes a certain tempo, other times, a catchy chorus. Regardless of what characteristic brands each song, one inescapable observation is the mature congruency the entire release has. In the past, there were some catchy songs that would prominently stand out, but in-between, you were left with some music that sounded as if it was attempting to be up to par. The result would be a decent product, but with Heavy Meta, you really get your money's worth. The one negative in this, however, is the album is only around 36 minutes long, and the way it flows, the end is there before you know it. This also affects the replay value. While not being difficult to digest, the 36 minutes will quickly over stay its welcome if you do not pace yourself. Enjoy it for what it is, and know when to mix it up.

The vocals are great. Some may not enjoy the style, but I really appreciate the raspy screams and how it molds with the guitar effects. Several segments are vocalized very rapidly, and it's hard to keep up. This rap-style singing is strategically placed throughout so as to not to leave negative impressions associated with Attila's vocal style. The instruments are all proficient. The bass makes itself present, the drums have their moments of splendor, and there are some keyboard solos that are pretty special. One distinguishing change on this album is the lack of guitar solos. In the past, they were the climax of some songs. Heavy Meta seems to take that energy from the solos, and focus it on the catchy riffs and rhythm that keeps these songs rolling. I believe for Nekrogoblikon, this approach to their music works much better than capitalizing on an attempt to incorporate mind numbing guitar solos.

"We've Had Enough" is a personal favorite. It's only three minutes and twenty-six seconds, but encompasses attributes that make it a full bodied song. The introduction presents a strong keyboard which is trickled in throughout the rest of the song. The gang chanting like chorus will keep the flow alive, while tempo changes and speed ignites intrigue.

While not everyone will be so enthusiastic about this album, it is a great metal album. It's not extremely heavy, but the band does not make this their goal. It definitely has its heavy moments, but the real meat is in the rhythmic grooves this band has now come to master.

In this article: nekrogoblikon 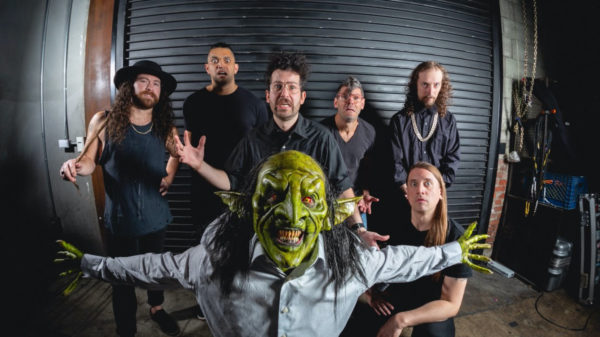 Plus their early, pre-Goblin days. 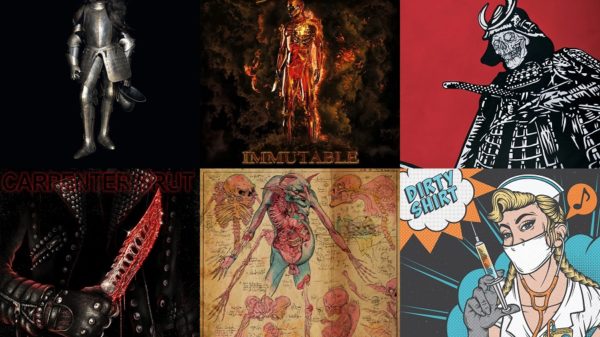 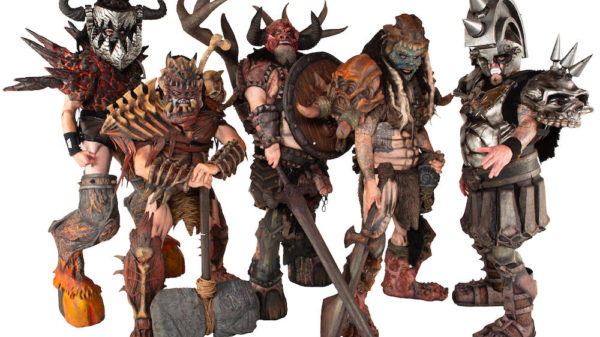 GWAR Announces US Tour With CROWBAR, THE NATIVE HOWL & NEKROGOBLIKON

Their horrific majesties are back.