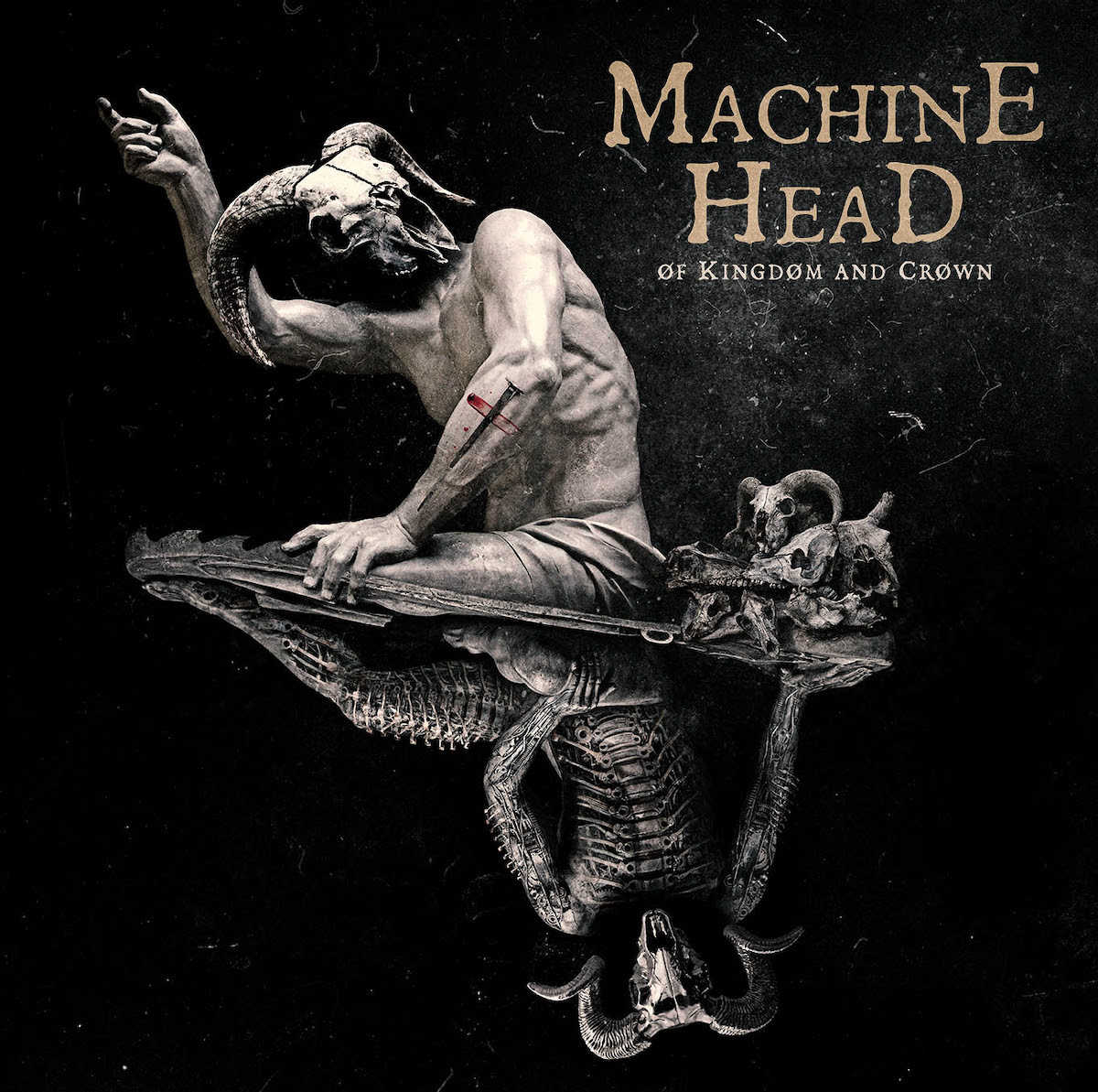 Just when you thought you'd heard everything that Bay Area behemoths Machine Head could throw at you, from the glory days of Burn My Eyes and the sledgehammer resurgence of The Blackening, Robb Flynn pops up with a question: "What about a concept album, have we done that yet?"

Given the band's eclectic attempts at bat the last few times out, it comes as some surprise that they haven't. They've dipped their toes in more waters than Huckleberry Finn over the last decade and change, swerving wildly from radio-rock to rap-infused efforts to some less-than-well-received efforts in recent years.

So, when the first few notes ring out on the eleven-minute first chapter, "Slaughter The Martyr," you could be forgiven for thinking that this clean, laid-back opening was the starting gun for another hour of Machine Head formula-messing. Three minutes and ten seconds later, however, the band explodes with a ferocity that drops in out of nowhere and kicks your head off your shoulders. It's hard as nails, heavy as bricks and it doesn't stop there, rolling into the lightning-quick "Choke On The Ashes Of Your Hate" on the same wave of power and glorious fury.

Guitarist Wacław "Vogg" Kiełtyka has slotted into the new-look lineup with seemingly zero adjustment time needed, burning up the neck of his guitar in the opening tracks and getting the green light to rip it up again in "Become The Firestorm," lending a blazing solo to another instant, intense classic that demands more than a trivial amount of head movement. This all feels like a return to the Machine Head we associate with their monstrous debut – but then there's a twist in the tale, literally and musically.

After the turning point of the storytelling interlude "Overdose," we get the much more dialed-down "Unhallowed," one of the few weak spots in the runtime. It's not a bad song, more that it suffers from breaking up the flow too much and sounding out of place. Adjacent to that, though, the stuttering drop into "Kill Thy Enemies" belies the softer elements that make this song work in comparison, though it has still got plenty of aggression and meaty riffs with which to express it.

From there, we slide side-to-side slightly. The arena rock whoah-ohs of "No Gods, No Masters" add a fun touch to a slightly cleaner track, while "Bloodshot" and "Rotten" drop some much-needed pace and punishment into proceedings, giving us some good old-fashioned thrashing before things are wrapped up completely. Flynn has some knack for writing tracks to round things out and there's no slacking with the majestic album closer "Arrows In Words From The Sky," a touching six-minute send-off that expertly weaves the heavy and the melodic, tying the whole thing together with as nice a bow as you can expect from a heavy metal package.

With all that said, though, where does Of Kingdom And Crown fall on the sliding scale of Machine Head? Despite its occasional stumble – it's another long album, with more than a little recognizable fat to be trimmed in tracks like "No Gods, No Masters" – it's undoubtedly a career high point for the band and one that could be held up against The Blackening in comparison with very little complaint. The storytelling aspect works, and the music is top-notch and as heavy as Machine Head comes in places. What's not to love?