Eight years after his near-perfect debut Oniric Metal, keyboardist and composer Vivien Lalu is back with a much more refined and mature approach on crafting progressive metal. Enter, Atomic Ark!

It's taken me a little while to fully digest what Lalu offers on Atomic Ark, especially considering how different it is than Oniric Metal. While Oniric Metal relies on much more sprawling composition and overt technicality, Atomic Ark does pretty much the exact opposite. Nine of the ten songs on Atomic Ark clock in at, or under, four minutes, initially giving the impression that Lalu has dropped his progressive touch all together.

That couldn't be further from the truth. The songs are much more concise, but pack just as much mind-boggling progressive tendencies as one would expect from Lalu. The conciseness of the music lends to the listenability of the record, or basically that you're not going to start looking at how much time is left on a song because boredom has set in. Every song offered on Atomic Ark is catchy, well-written, and laden with technical undertones that only add to the music instead of screaming "look at me! Look at my abilities to play!"

Where Oniric Metal dabbled in different, heavier sounds and crossing over into other genres a little bit, Atomic Ark does so with extreme confidence and ability. Songs like "Mirror Prison" and "Momento" strike up a dream-like quality in ambiance with a little ethnic flair reminiscent of Wintersun, while "Tatonka" switches between acoustic-guitar-driven heaviness backed by roomy drums to a classic rock sounding organ going full blast alongside distorted guitars.

Of course, the album wouldn't be complete without ridiculous heaviness on songs like "War on Animals" and 'Slaughtered," only further showcasing Lalu's seemingly infinite ability to write, as well as his band's ability to play. Then there's the closer, the almost-20-minute "Revelations." The song twists and turns through various genres, keys, time signatures, catchy pieces, emotional pieces, just… anything you've wanted on the record up until this point, "Revelations" has it. Through all its twenty minutes, Lalu manages to have written a coherent piece that never once feels lost in itself or aimless. It's the perfect ending to a great record.

Speaking of the line-up on Atomic Ark, it's nothing short of all-star. Outside of Lalu handling keyboards, vocalist Martin LeMar of Mekong Delta handles vocals once more, guitarists Joop Wolters of Shadrane and Simon Mularoni of DGM handle axe duties, Symphony X bassist Mike LePond holds down the low end, and Planet X drummer Virgil Donati beats the skins. Adding to the star-studded lineup are contributing musicians Jens Johansson of Stratovarius on keybaords, Jordan Rudess of Dream Theater also on keyboards, Marco Sfogli of James LaBrie on guitars, Mike Andersson of Cloudscape on vocals, and Peter Wildoer of Darkane on drums. Supergroups be damned!

Atomic Ark isn't Oniric Metal, and it shouldn't have been anyway. This is a different Lalu than the one we heard eight years ago, arguably a much more mature songwriter with a focus on what's important in his music and the knowledge of how to bring it out in unique ways. The catchy bits will be stuck in your head for days on end, the heavy parts will never not make you bang your head, the beautiful parts will always be touching, the ethereal and dream-like parts will always evoke images in your head, and the musicianship will never not impress. There is absolutely no reason anyone shouldn't own this record upon its release.

Atomic Ark is a shining example of how to do progressive music correctly.

Advertisement. Scroll to continue reading.
In this article: Lalu 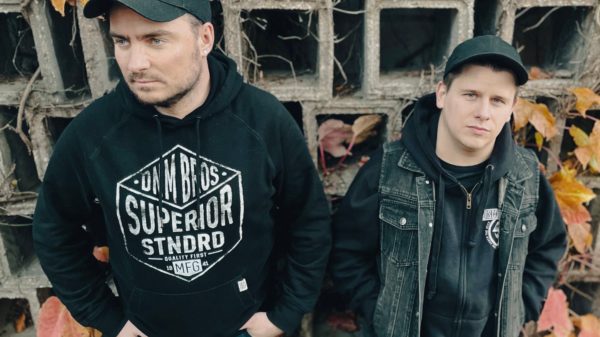 Fans of OPETH & KATATONIA Will Love This New LALU Track