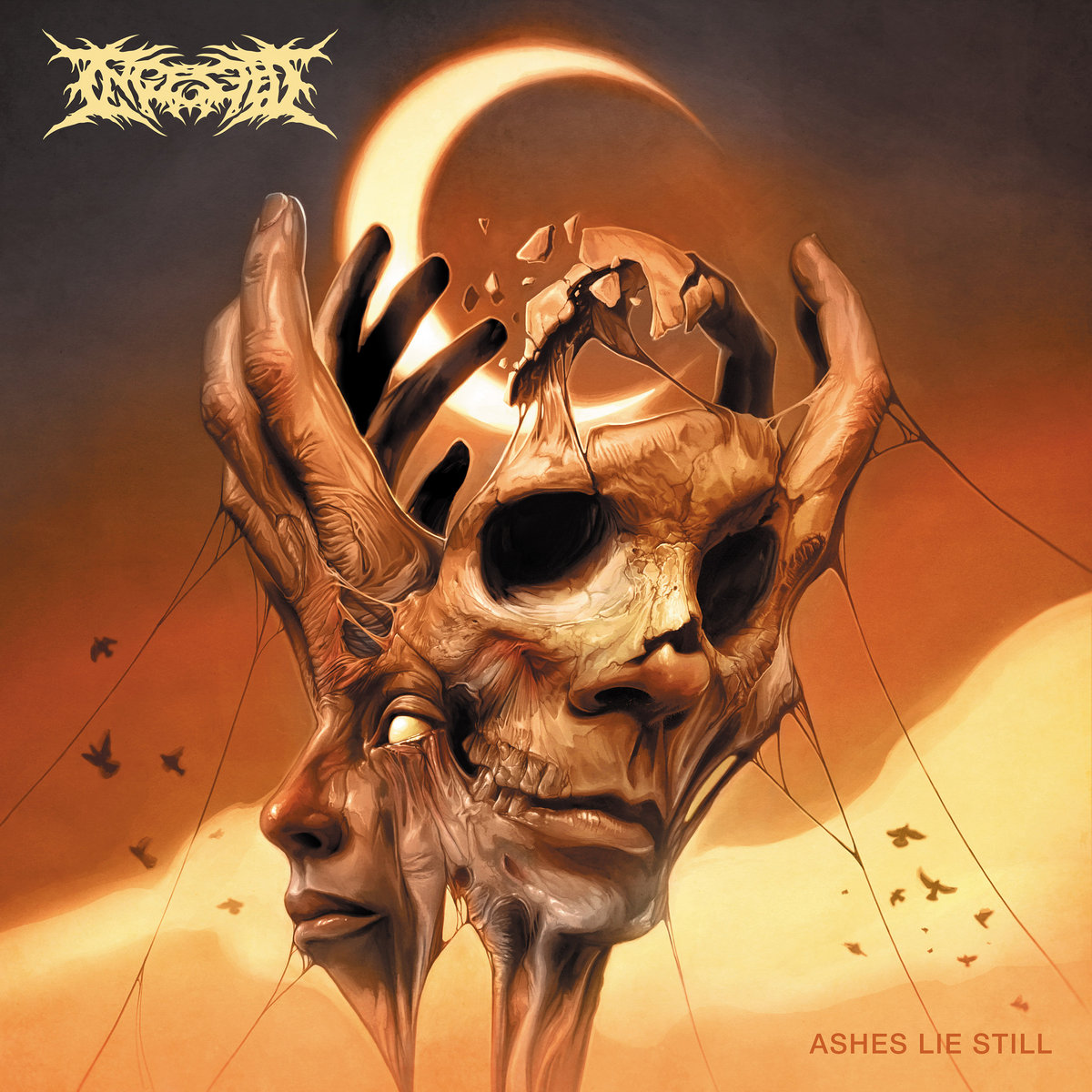 "New Ingested album" is always good news for death metal fans. It's hard to believe that these guys have been churning out disgustingly brutal albums for fifteen years now. They remain dedicated to making each album heavier than the last and Ashes Lie Still is no exception. But Ingested are finally learning that dynamics can make a song heavier than any amount of speed and downtuning.

A lot has happened behind these scenes since Where Only Gods May Tread was released in 2020. The band is down to a three-piece, with Sean Hyndes taking over bass writing duties from former guitarist-turned-bassist Sam Yates. There was also the tragic death of Sean's father at the beginning of the pandemic, an event that cast a huge shadow over Ashes Lie Still. Melancholy riffs and heartfelt lyrics scattered across this record speak of someone dealing with their trauma through music. It's led Ingested to rise above the mindless brutality of most contemporary death metal and reach a level of songwriting we've never heard before. It's more mature, yet somehow even heavier because of it.

But Ashes Lie Still isn't all somber introspection. Ingested have been through hell and come out stronger, as the album's middle third is happy to demonstrate. "From Hollow Words," is a raging deathcore pit starter featuring the band's frequent tourmate, Sven de Caluwé of Aborted. It's an immediate album highlight, one that sharply contrasts against the first few tracks for its upbeat rhythm and groove.

There's also an appearance from metal Twitch ambassador Matt Heafy, known to boomers as the frontman of Trivium. Heafy has been one of the most visible personalities in metal for a couple of years now and his contributions don't go unnoticed. He's lent some of his signature brand of classic metalcore bravado to "All I've Lost." It meshes perfectly with the usual crushing breakdowns and double bass assault.

That doesn't take away from Jason Evans, who continues to be a standout vocalist in an increasingly crowded field. He even sneaks in a pig squeal for the old-school fans on "Shadows in Time". Ingested have moved far beyond their early years ("Skinned and Fucked" still goes hard), but they still haven't lost that spirit of the late 2000s British slam scene. Jason Evans is a big part of that, a great frontman who can still shock us with his inhuman growls and screams.

Ashes Lie Still is probably the best thing Ingested have ever put their name to. It casts aside the ultra-triggered drums and prioritizes groove over technicality. Combined with genuine feeling behind the lyrics and a couple killer riffs, it's shaping up to be one of the best deathcore albums of 2022.

In this article: Ingested 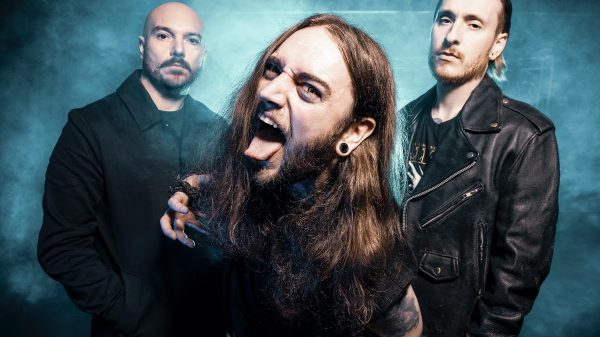