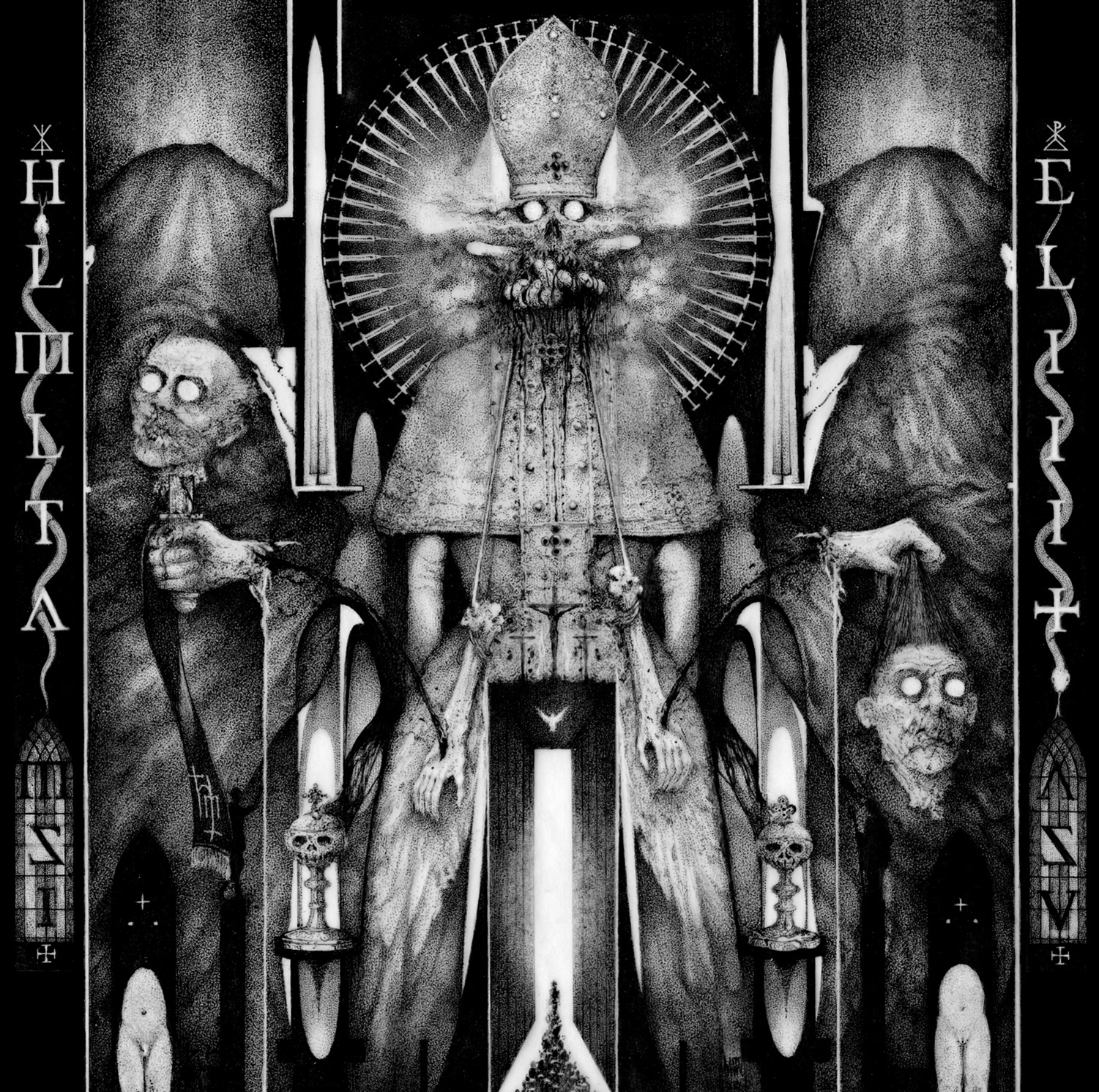 France's Hell Militia has been dormant for over a decade, but thankfully these noteworthy purveyors of Satanic black metal have returned with the hard banging Hollow Void. Their fourth LP shows a great deal of development in their sound with key contributions from guitarists Arkdaemon and Saroth, while RSDX is back at the helm as the vocalist after a sojourn outside the black metal world, .

Hollow Void is some downright filthy French black metal that's going to immediately bring the sonicscape of some of the '90s classics to mind. Blistering blast beats, tons of dense tremolo guitars, and vocals that perfectly fit right in. One thing I also particularly like are the cymbals, especially on tracks like "Dust of Time." It's a raw, natural cymbal that drummer Dave Terror uses that's a bit more forward in the mix. There isn't a lot of synthesis and compression in the sound and it totally works for this band. "Dust of Time" is the song that immediately got me hooked on this record. No gimmicks needed, just black metal the way it should sound with lyrics to match.

"Genesis Undone" is another raging slab of ugly darkness that you can fully sink your canines into. I love the guitar tone here and the slower break about 1:50 in to give the track some more texture. The band goes back to the that same time signature back again at 3:00 but with some added vocals on top. This all leads to a culmination of all the instruments back together at rapid pace in the final moments to give a solid combination of hooks and jabs to the ear drums.

The opener to the nine track LP, which clocks in at respectable 44:17 is "Lifeless Light." This nasty cut really allows us to hear the frustration in RSDX's vocals, which he recorded during the time of COVID, while most of Europe was completely locked down. On the entire recording process, RSDX shares:

“A lot of these experiences were included in the lyrics, giving an honest reflection of what was going on. Bitter days, unshakable religious faith, death, contempt for life, urban filth and an even more bitter aftertaste turned into the toxic cocktail we called Hollow Void. Still, the pent-up energy increased to a point it just had to explode. We put all that energy back into the album." That energy is definitely felt.  There is a definite presence to this record. It's distinct and direct and you can almost smell that toxicity.

If it took a ten year hiatus for Hell Militia to come up with this record, I'm alright with it. The variable array of challenges and complexities seem to have brought the band to where they are with Hollow Void. A big key of the success for this record, as well, is that the band doesn't try and do too much. There isn't a lot of experimenting here. It is, without any stretch of the imagination, a very orthodox black metal record. Because sometimes there isn't a need to make the music overly complicated and that's not a bad thing because there is most definitely a market for true-to-form, unapologetically aggressive black metal.

As RSDX states, "We are still the old, bitter radical individuals whose masks are off… What the scene does is of no concern or interest to us. We are in contact with bands and individuals we respect. The rest of the world can keep their watered down, non-ideological form of black metal. Black metal to us means the same as it did when the band was founded: A vessel of strong expression in music and ideology with unshakable faith at its very core."

In this article: hell militia 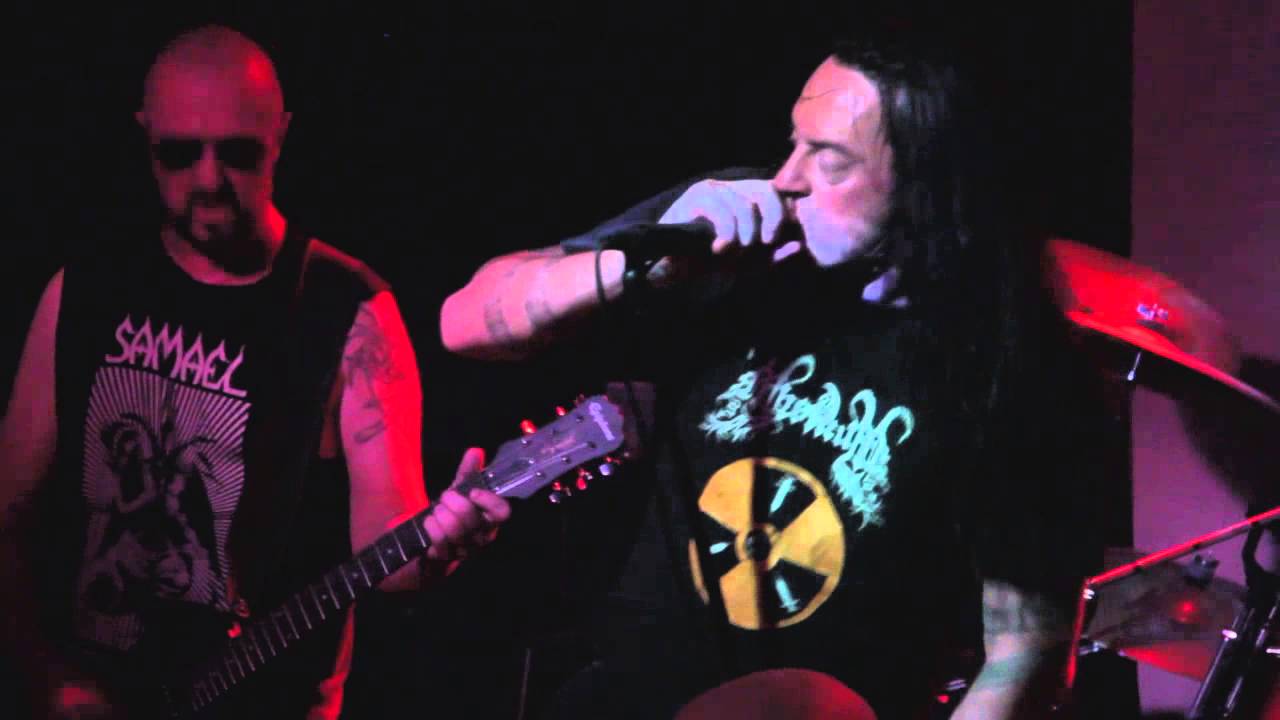