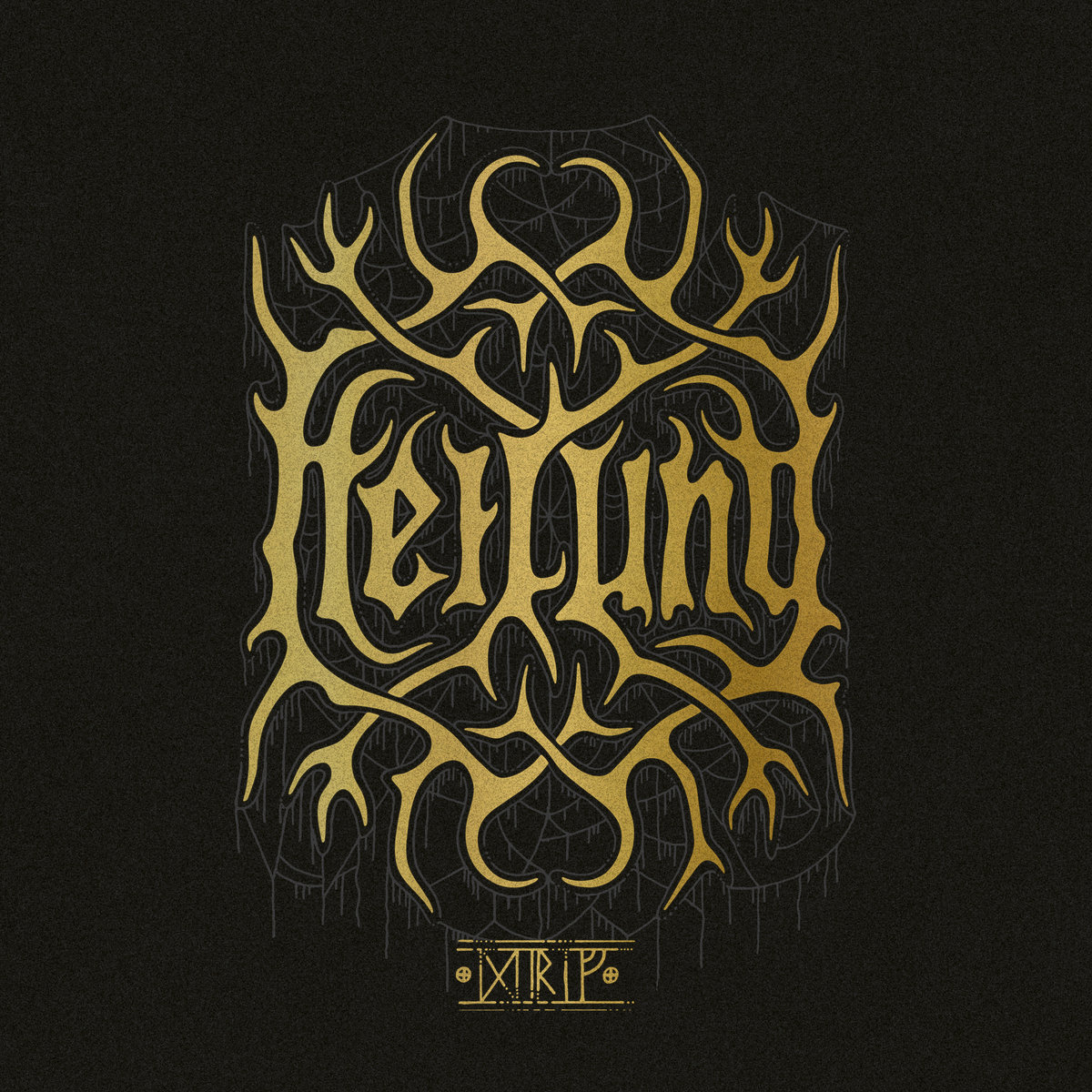 The word "heilung," translated from German literally means "healing," and more than anything, healing is the crux of Drif. Heilung's breathtaking third record seems to come at just the right time – a time when the world really needs healing more than anything else. With all the tumultuousness that we are collectively experiencing, we are thankful that artists like Heilung are here to help us gain insight into our collective consciousness and give us art that helps nourish the soul.

"Asja," the record's overwhelmingly beautiful and touching opener, is about chasing away evil and welcoming love. The song is about five minutes of sheer brilliance and every time this track ends I just wish it wouldn't… it's as if my heart wants it to go on forever without any foreseeable end. It's the strikingly divine voice of Maria Franz that's so expertly amplified in the mix. It's the vibrato in the throat signing so aptly voiced by Kai Uwe Faust. It's the percussion, the production and the sounds that Christopher Juul gets out of the primitive instruments from our world's ancient past. "Asja" is nothing like you've ever heard and it takes you over completely – not only in it's sheer beauty of composition but in how it forces you contemplate just how the trio are able to produce the cornucopia of sounds that weave together so perfectly. The last minute of the track that features the interplay between Maria and Kai's vocals is a particularly compelling listen.

Speaking of Maria Franz, the sixth composition on the record, "Nesso," might be my favorite vocal performance of her's just yet. The range and inflection she displays in "Nesso" demonstrates just how much Franz has dedicated to her craft. She can go from a near whisper to a calming sonant and then so passionately build up to belting out a crowing crest of pulchritudinous crescendo. And here's the thing that floors me – she recorded all of her vocals here in just one take!

The sonic part of "Nesso" features Christopher recording the voice parts directly into a resonating copper string tuned to the same note. The particularly deep vocals are actually played at half speed to represent the slow movement of time many experience as they get close to death. The song itself, however, is actually one of healing and pulling sickness out of an animal (a horse for those of you who may wonder about specifics).

"Tenet" is not only a song that is about palindromes, it is an actual palindrome itself. All musical parts, melodies and instrumentation play the same whether backwards or forwards. The melody, by the way, is created with an ancient code system that originates from Europe over two thousand years ago. The track features lyrics in a multitude of languages including Old Norse, Latin and Proto-Germanic. Another masterful performance, this song is features a number of different sub-structures that take the listener through a journey – as if the listener is on a quest through Northern Europe with Heilung to solve the mystery of the ancient puzzle (known "Sator Square" which is what the song is based on) that was found under Mount Vesuvius in 79 AD. It's an epic 13 minute journey of a song that whisks your soul to another time and place.

You're probably already familiar with "Anoana," which was the first released single that was accompanied by, perhaps, one of the greatest music videos created in recent history. Another track that's expertly crafted and painstakingly emotional, "Anoana" harkens back to a time of great prosperity and connects us to the incantational linguistics of Northern ancestral lands. This is a song and video that will be spoken about for generations to come.

The record's closer is the mesmerizing and somewhat haunting "Marduk." A very novel composition featuring the use of bronze bowls, vocalist Kai recites the fifty names of Marduk in a quiet whisper. Just as Marduk himself, the ancient Babylonian King of the Gods was known to be complex and mysterious, Heilung encapsulate his particular disposition into this nearly nine-minute opus that is sure to move you.

Overall Drif works and truly amazes on so many levels and it incorporates so very many varied and distinct pieces of sound. If I had one wish for this record, it would be to have more songs like "Anoana" and "Asja" where the varied voices are the key foundation of the tracks and perhaps a shorter version of the spoken word track "Keltentrauer," which is a poem about a fictional battle. It clocks in at over eight minutes and doesn't fit in quite as well as the other songs, which I generally didn't want to hear end at all. The penultimate track, "Nikkal" exemplifies this where I would have loved to have more time to enjoy the layered choral vocals.

Drif, like Heilung's rabidly loyal and adoring fanbase, is diverse and varied. If you've experienced a Heilung show, you know what I mean. If you haven't you really must. The record pulls sounds and influences from all walks of life and integrates them in a way that is thoroughly unique. There's a reason why Heilung has taken North America by storm. While there are some Heilung copies out there floating around these days, Heilung itself is like nothing else you'll ever experience.

Advertisement. Scroll to continue reading.
In this article: Heilung 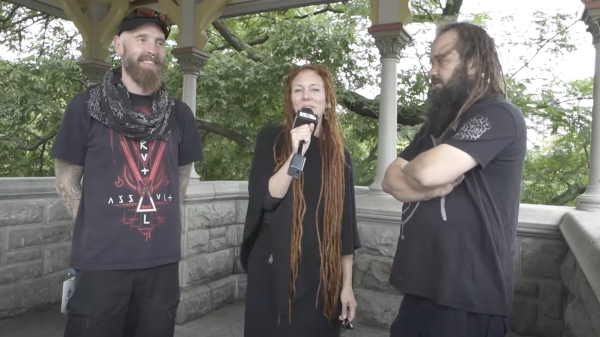 HEILUNG On The Strangest Instruments They Ever Recorded With & Much More

Plus a discussion on rituals and ancient stories. 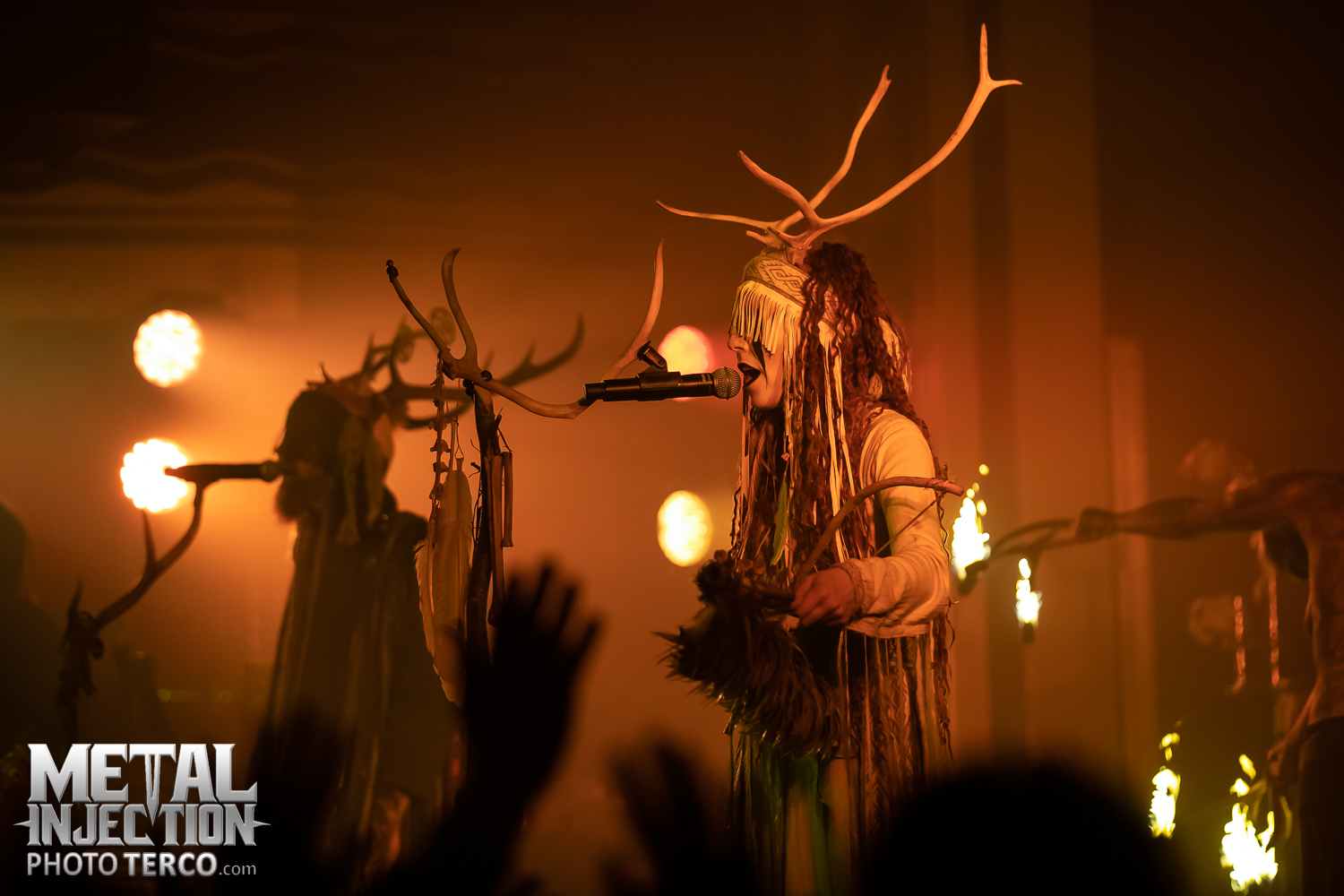