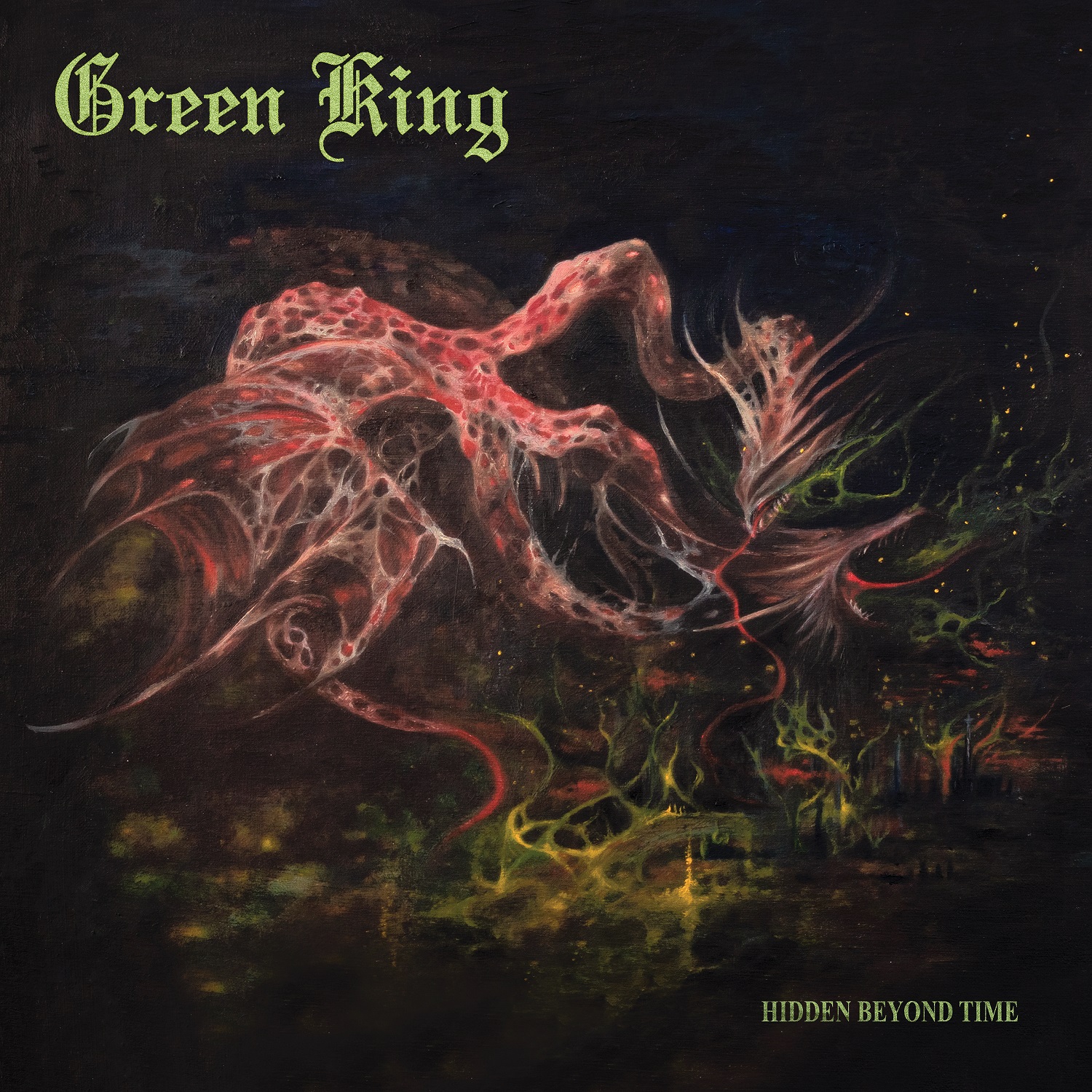 There's something oddly fitting about the title of this album by Finnish newcomers Green King. The band plays a modern amalgamation of 1970s hard rock and heavy metal, with slight touches of NWOBHM and sludge metal that gives them their own special edge.

In a sense, this sound is very "hidden" and "beyond time." It's hidden in that major rock radio stations (those that still exist) and other avenues of mass exposure don't support bands like this anymore. This gives most people the impression that no one makes this kind of music anymore. But it's beyond time in that it's a timeless sound that never really gets old. If you like classic hard rock with a heroic heavy metal guitar flair, this is your jam.

The band has emerged out of the grand library of classic heavy metal, dissertation in hand. In it, you'll find passages referencing bands like Rainbow (especially Long Live Rock 'n' Roll), UFO, Deep Purple, and Blue Öyster Cult. But they've done some extracurricular work as well — delving into devilish sludge and grunge on "Tervakiituri", along with NWOBHM guitar heroics on "Steel on Ice." The band looks back, but is more than a rote nostalgia act.

Nevertheless, what you think of this album hinges on your taste and passion for this sort of vibe. Like their neighbors in Lucifer, the band definitely has a potential audience for this classic sound — from old warriors yearning for the Orange-amp tones of old to younger fans who wish they were adults in 1975. However, it is not 1975 anymore, thus there is a conspicuous ceiling to how high this sound could go today. Only so many people are passionate about restoring old Dodge Chargers from back in the day.

Regardless, the passion is there. Guitarists Lauri and Eliel have riffs for decades, and the rhythms are solid and varied enough to keep things interesting. The real show-stealer here though is Eliel's vocals. So many neo-trad metal bands have the lamest vocals with totally flat and weak delivery techniques. That is not the case here. Eliel's raspy and fiery voice grabs and engages the listener by matching the heat generated by the instruments. In short, your vocals rock, dude. Keep doing more of this.

The band's path from here diverges: follow the nostalgic route or keep blending things to make something fresh and compelling. Green King is gifted enough to take either direction in a manner worth following for years to come. But it would be cool to see what they could accomplish with the latter way.

In this article: Green King