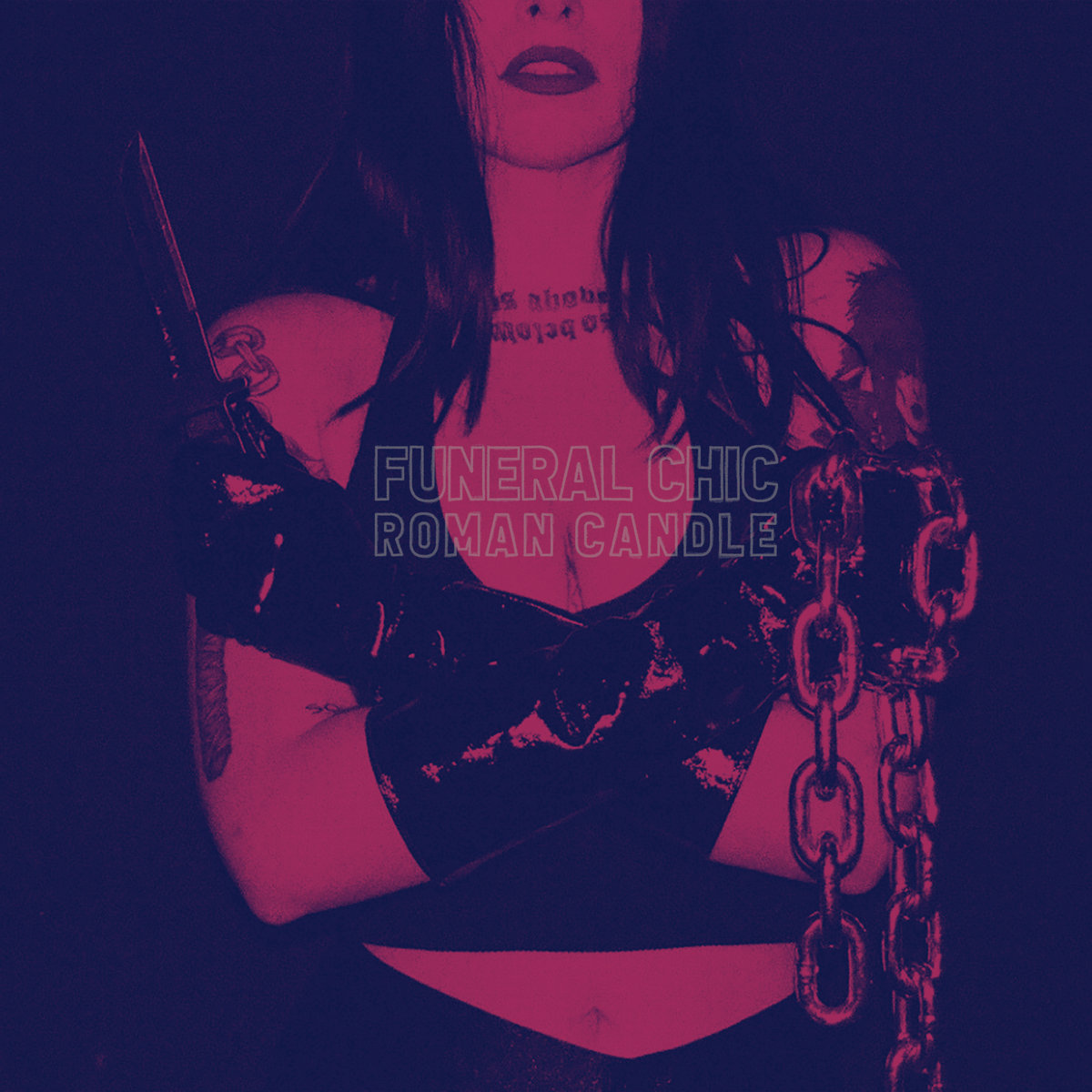 I guess I need to apologize to Funeral Chic upfront here, as this review may contain some of those "big fancy college words" they resent so much. Oh well, as a fortunate son of suburbia, I suppose it's only in my nature. As for the band, it's in their nature to rock.

Besides, here's something they might appreciate. Apparently the experience of their previous album made them really tired of being compared to Nails, Trap Them, and the rest of the blackened-crust set that was so prominent in the 2010s. On Roman Candle, the band has taken their drag race of death down a different side-street, back to the incendiary sounds of the late-60s and early-70s that emanated out of Detroit and other American cities at the time. However, the first thing I think of when I hit "Play" … "Hey, this sounds like Tad!"

No really! And that's a good thing! It's as if Tad Doyle decided to get the boys back together and injected some blackened energy, hardcore power, and 2022 production into corpse of 8-Way Santa. There, you happy boys? Bet no one compared you to Tad before.

Anyway, the album absolutely slays. Webster should made it so that when you look up "bad ass" in the dictionary, the end notes say "See also: Funeral Chic – Roman Candle." This is how you'd want modernized hard rock to sound in 2022. Make no mistake, the 1970s were dark and terrifying, as every age is in its own way. But this is the energy our own era demands.

Songs like "Built to Love" and "Ain't Goin' Nowhere" are perfect examples of the band's mix of fun and darkness. You get that rock n' roll grin on your face, your fist pumping, head banging. But there's something unsettling going on there as well. The music feels good, but it's not feel-good music. You know what I mean? You're on a joy ride, but only because you're running from something.

The entire album hangs together perfectly. At no moment do you think, "damn, I need to skip this song." Funeral Chic has a real talent for knowing when to switch up the tempo, between flooring the gas pedal and swerving to the left and plowing down the pavement nice and slow. And it has all the features the style demands: ripping solos, wry and unhinged lyrics, some pianos, some saxophones. And I CAN'T STAND saxophones, but they fit so well here that I can't hate on it.

Honestly, the album plays like the score to a really gritty action movie, probably something with gangs of tatted-up dudes and chicks with weapons, lots of explosions, running from the law, all that good stuff. Someone needs to make that movie just so we can see these songs set to that action.

On Roman Candle, the band sought to reinvent itself and blaze a new path for itself. Congrats, gentlemen, you did it. Keep going this way, there's only solid tunes up ahead.