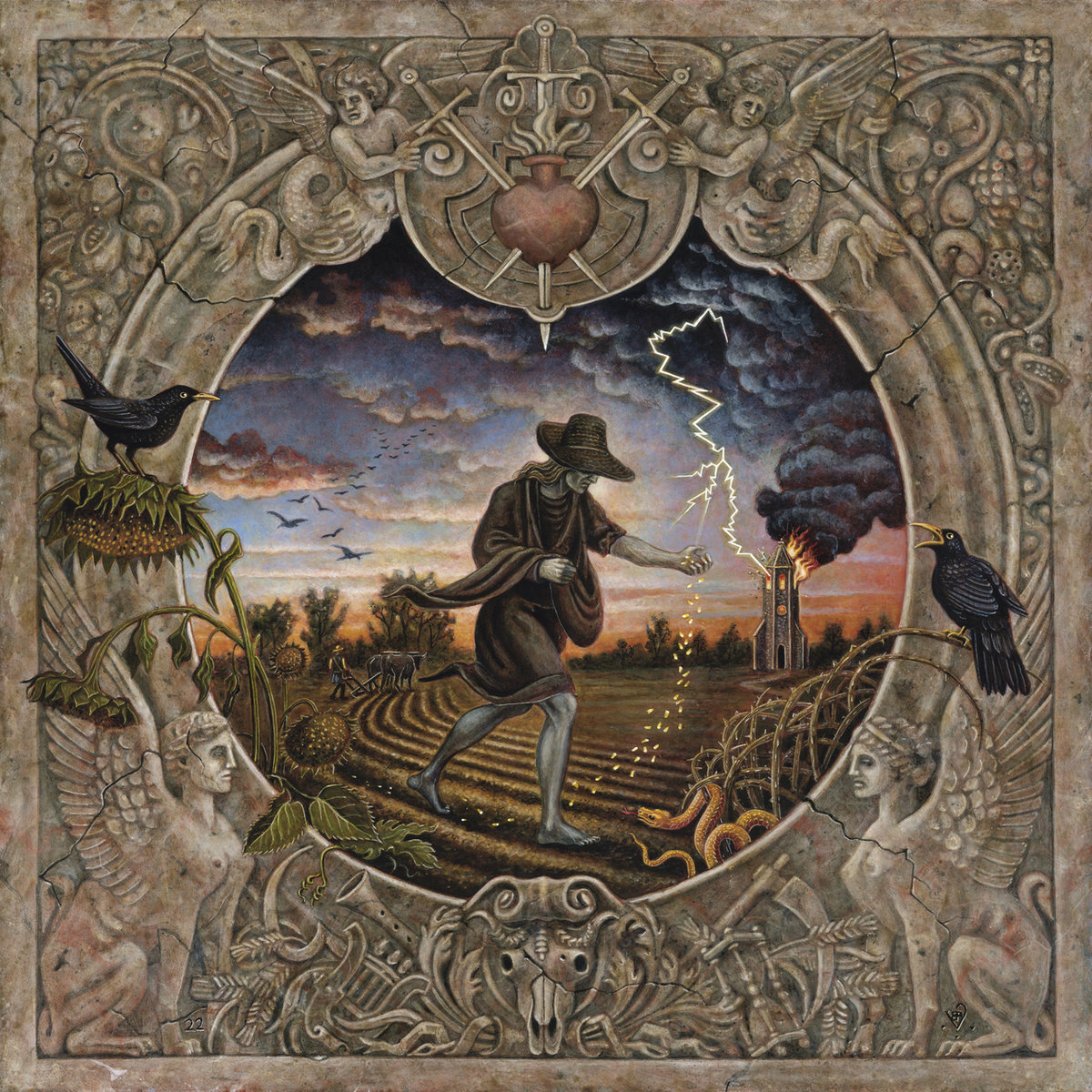 When it comes to styles like doom metal and black metal, there's always a balancing act for the composer between hooks and atmosphere. Every artist wants their music to be memorable and encourage listeners to come back again and again. However, there is something to be said for an enveloping, immersive experience. On their latest album, Black Earth, Forlesen leans decisively in the latter direction.

Stylistically, the band's sound invites comparisons to gothic doom luminaries like Draconian and November's Doom, cascadian black metal bands like Wolves in the Throne Room, and the forest of sound occupied by the Prophecy Records set (Lantlôs being the one that comes to mind first). There's also moments that remind me of the great SubRosa. However, it's also clear right away that the band has sought to plow their own sonic field, not exactly sounding like any of the aforementioned acts.

The album opens with the haunting, plodding and contemplative "Strega," song that transports you to the woods, just as the sun begins to set. It's fitting the album has arrived to us in autumn. The track stands at nearly 20 minutes, allowing the band to explore several moods and movements within one composition. This is followed by the title track, which acts as an ambient interlude before unleashing the maelstrom of "Harrowed Earth." This is where the black metal energy really shines through, with furious drumming and riffs unleashed before ending on a somber, doom metal note.

The album ends with the sprawling beast that is "Saturine," a song that best reflects the band's stated "cinematic" approach to this album. Indeed, I could imagine this song as the soundtrack to any number of ventures: a coming of age story, a tale set in medieval times, or anything that captures the same emotional spirit of the song itself. The song takes a series of unexpected turns, leaning hardest on elements familiar to fans of the Prophecy sound as well as those who enjoy post-rock and shoegaze.

As a whole, Black Terrain is best approached as an experience. It's not exactly conducive to a playlist containing quick hits of your favorite material. Rather, you're meant to sit with it and allow it to cause you to reflect on its themes. How you respond to this will depend on how appealing that is to you as a listener. There were moments that conveyed powerful emotions, along with others that seemed to drag on for too long or linger unnecessarily.

However, if you're looking for a band that blends the elements I mentioned above and are taking a long drive down a lonely highway any time soon, this would make for a fitting soundtrack.