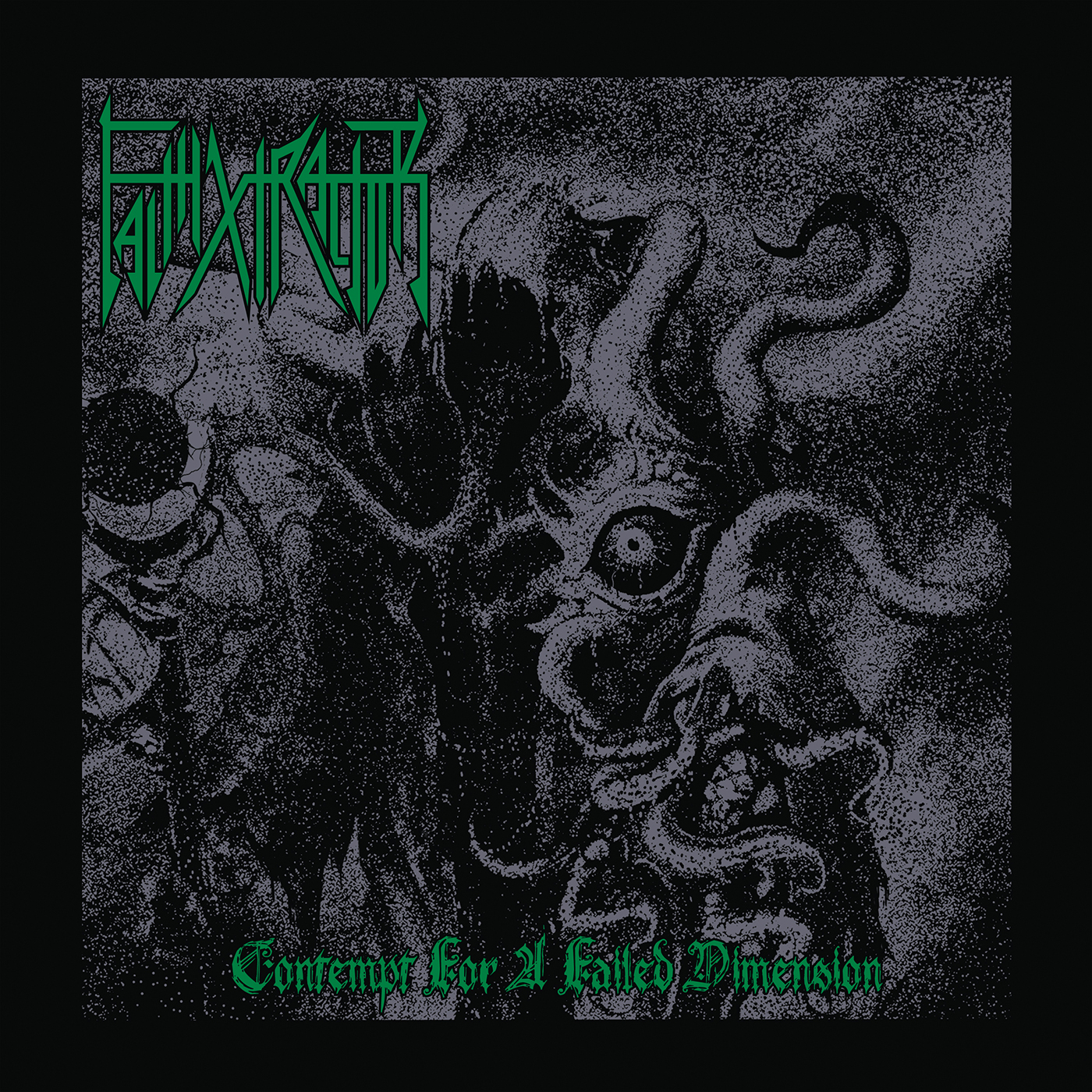 There's an immediacy to this album that wins you over right away. I think there's just something magical about the specific interval of blast-beating that comes in at the 27-second mark of "Vomiting Proclamation." Also, that song title totally rules. And so does this album.

FAITHXTRACTOR has been around for a long time, but has gone criminally unrecognized by major publications and the wider metal world. Contempt for a Failed Dimension should go a long way to rectify this. Ash Thomas (vocals, guitars, drums) and Zdenka Prado (bass) have crafted a crushing and powerful death metal weapon on this album.

Stylistically, this album resembles a few death metal luminaries, but the comparisons that stand out the most are Bloodbath (since 2014), Grave, Hypocrisy, Incantation, Vader and perhaps a touch of Bolt Thrower. But whereas a lot of those bands have a grinding, machine-like quality, this album has a lurking, unhinged feeling that makes it less predictable and easy to place.

And it's this tension between reliably solid tunes and unexpected moments (like the synths at the end of "Life Abnegation") that draws the listener in. FAITHXTRACTOR has mastered several death-metal moods here, as evidenced by "Relative First Occurrence," a song that gives you reasons to headbang at the beginning, pound everything around you during the verse, and charge your enemies during the galloping mid-section!

But Ash and Zdenka have a great mind for catchy riffs as well, especially on "The Blood that Seethes." I like what they did with the interplay between the right and left speaker on certain parts as well. And be sure to listen for the tom rolls Ash performs on the drums in this song. Some bands overdo it with that technique, so it's good to hear Ash apply it properly here.

When it comes to bonus cover songs, FAITHXTRACTOR chose wisely with Sepultura's "Empire of the Damned." The classic track comes from the legendary Morbid Visions album, and it's so cool to hear a modern death metal band apply a fresh coat of blood to it in 2023. Death metal is dead and loving it, and FAITHXTRACTOR is here to prove it.