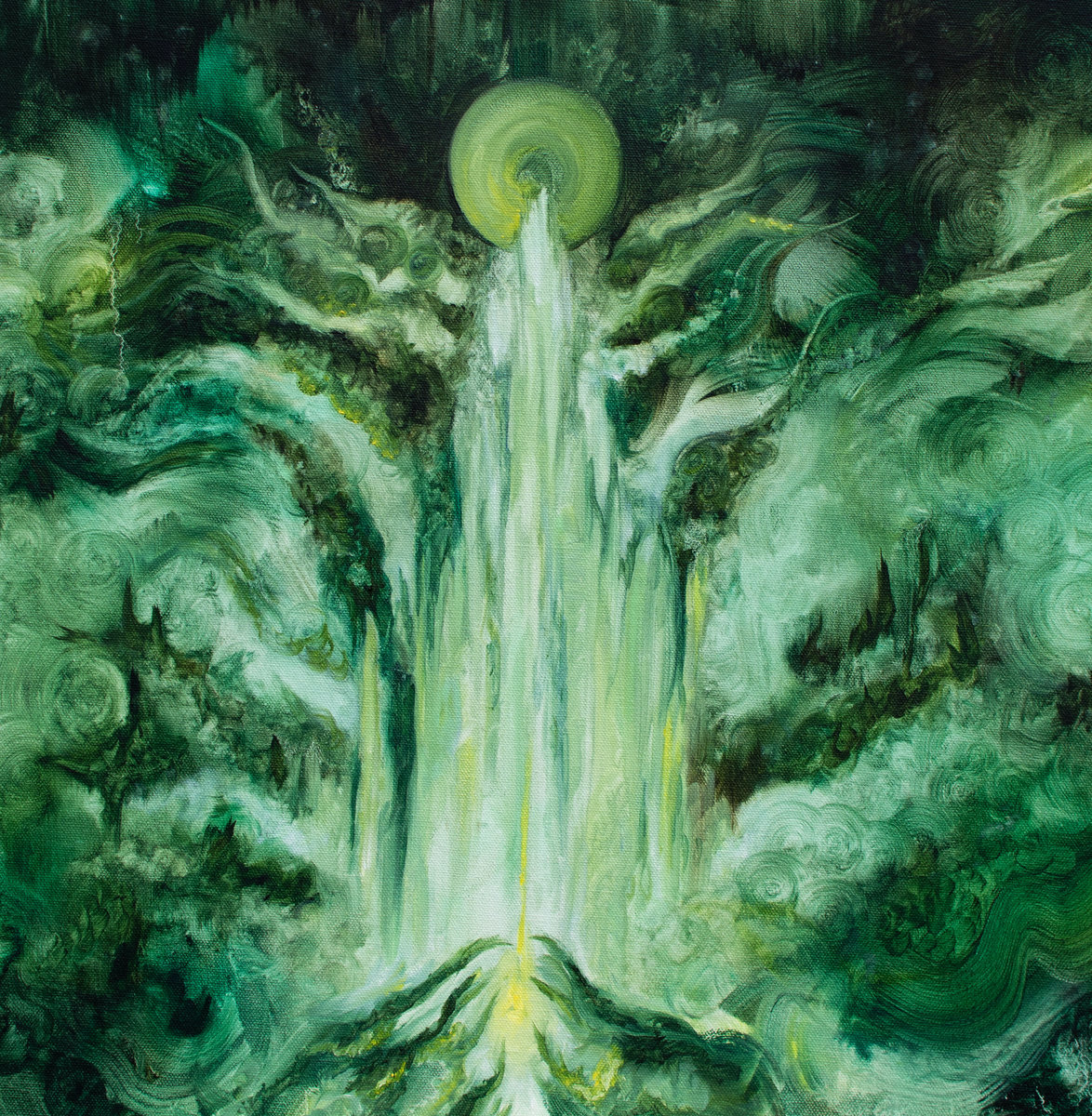 One of the definitions of the word, "prolific," reads: "(of an artist, author, or composer) producing many works." Though if I had a say in the matter, I would just include a picture of Asthâghul, the one-man black metal volcano behind Esoctrilihum.

After issuing two modern masterpieces in a row with 2020's Eternity of Shaog and 2021's Dy'th Requiem for the Serpent Telepath, Asthâghul continued this winning streak with two fantastic albums in 2022. Following on the brutal, death-infused Consecration of the Spiritüs Flesh, he returned to melancholy atmospherics on Saopth's, a path he continues to walk on the new album, Funeral.

This album's brilliance is simply astounding. Asthâghul adds several fascinating colors to the stylistic palette this time, including the frequent use of clean vocals, hinted at on Dy'th Requiem but brought to full radiance here. Additionally, the album shows a titanic mastery of blending synths, the nyckelharpa and other elements into the brutal and crushing clash of black metal forces. It's a work akin to the Expressionist paintings of Franz Marc, containing a dizzying array of colors clashing against each other, and yet producing an affirming image all the same.

This is especially true on "Annobathysm," with the pounding energy of the guitars and drums compounded by the use of string instruments and synths. Listen for it at 2:05 and you'll see what I mean. The third song, "Thürldaesu," is glorious as well, to the point where I don't even mind the 15:03 run time. In most circumstances, I say this was ludicrous, but this album calls for a special form of opulence that totally justifies it. On songs like this, as well as the relentless and terrifying "Aïthaith," Asthâghul achieves full redemption of black metal with sharply produces blastbeats, a style that became all-too-common and played out in the late-90s.

Even with the long song lengths, Asthâghul finds a way to weave in a sense of catchy accessibility. You hear this with the use of organs on "Païthas," the somber organ tones enveloping the listener and guiding them to the promised lands of headbanging-ready beats in the middle of the song. However, this infectious energy peaks on the album's fourth song, "Pact." Funny, this song and the doomy opener, "Funeral" are the only two tracks with names not derived from Asthâghul's internal monologue. Yes, he really does make up his own words.

The only complaint I could think of here is that, at times, Asthâghul's harsh vocals cross the barrier from throat screeching to throat clearing. This produces an effect where it sounds like he'd trying to hawk mucous at the listener. Granted, to non-metal fans, all harsh vocals sound like this. But it's taken to a level here that sometimes takes you out of the music.

Otherwise, Funeral is an entrancing, exciting, energetic, brutal, and beautiful piece of extreme metal art. Like Franz Marc's "Fighting Forms," the album represents the twin titans of black metal and death rock smashing together, surrounded various shades of doom metal, death metal, and whatever chaos resides in Asthâghul's artistic imagination. Hopefully he waits long enough for the next album so I can think of more adjectives to use.

In this article: black metal, esoctrilihum