Grindcore has a storied history, one which ties together otherwise disparate factions of punks and metalheads and has set the precedent for just how much brutality is possible within extreme music. In this sense, it has become very well-established and respected among metal enthusiasts. So what does it mean to make a great grindcore album today? In one word, the ideal grind album allows the listener to achieve catharsis.

You could argue that this is true for all forms of metal, but in the case of grindcore, it works as both a means and an end. For the last few years, there has been one album each year that has defined (for my taste), what it means to reach this level of expression. So in line with recent albums from Wormrot, Pig Destroyer and Blockheads, the grind album for 2014 may potentially be Cripple Bastards' Nero in Metastasi.

Back in my early teens, as I immersed myself in the local punk and hardcore scene, I would occasionally hear of different grindcore bands making their way through the area. Cripple Bastards was a name that came up, but as I hadn't the ears ready to take the appropriate level of abuse, I didn't take the time to check them out. But here we are in the year 2014, and my ears couldn't feel better.

In a weird way, albums this good have a relaxing quality to them. There's just so much rage, anger and violence condensed within the album's run-time, that you can't help but let out a sigh of relief. There's simply no room left for you to be enraged about anything when it's all contained in the sonic massacre around you. And while I don't speak Italian, there's a simple universality to music like this that it really doesn't matter. Besides, the band is pretty clear about what they stand for:

CB is all about being spontaneous and heartfelt, about portraying an expression of hatred, aggression and negativity.

Giulio is known for angering…well, basically everyone in the extreme music underground – ready to condemn skinheads of all varieties (both racist and non-racist), as well as the more PC "socially aware" types of which there are limitless amounts these days. Good. I'm glad there's someone out there willing to be a consistent rudder of negativity in its purest, unbiased form. And I don't say that with any sort of condescending sarcasm. If you enjoy an exhilarating jolt of vicious energy, you are going to like this album.

The band knows how to wrap all the strongest qualities of grindcore into each song, and even remembers to mix things up with slower moments. There's even a part of "Lapide Romossa" that resembles a (::gasp::) breakdown, one which fits perfectly with the rest of the song. I also enjoyed the way the high-scratching and low-guttural vocals played off against each other, with one technique setting the course before the other comes to explode right into your eardrums. Though grindcore occupies an undeniable spot in the extreme metal canon, the Cripple Bastards write their ferocious songs in a way that keeps the music in touch with its equally important punk and hardcore roots.

A lot of people would still refer to music like this as noise. Well, if this must be defined as in that way, then give me excess of noise.

In this article: Cripple Bastards, Nero in Metastasi

Nails, Warbeast, Corrosion of Conformity and a few others!

First Round Of Bands Announced For HOUSECORE HORROR FESTIVAL 2015

Suffocation, Autopsy and Nails among the first round of bands. 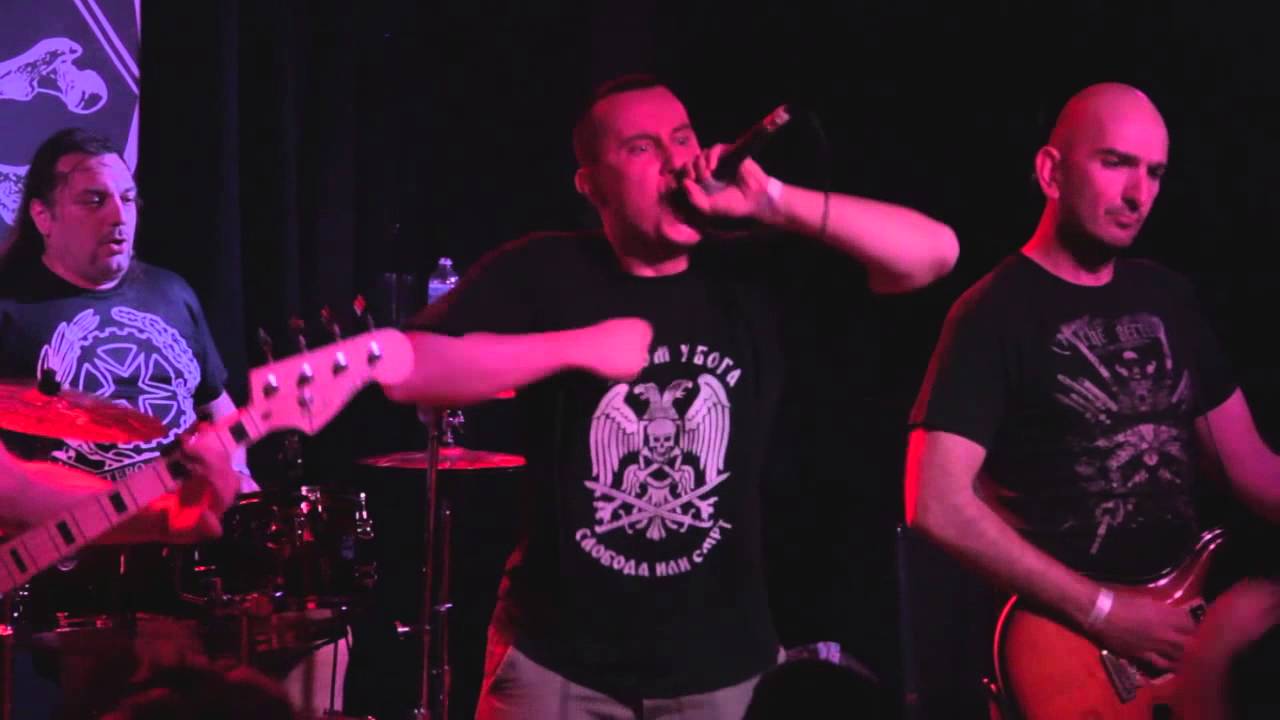 DARK ANGEL, TRIPTYKON and every AWESOME Band Ever Added To Maryland Deathfest XIV

Maryland Deathfest, the biggest metal party of the year in the US, has announced more bands for the fourteenth iteration of the Memorial Day...