Album Review: CONJURETH <em>The Parasitic Chambers</em>
When you’re dealing with a band that’s basically as untouchable as Cannibal Corpse, the fanbase already knows what they’re getting into. And in this case, with A Skeletal Domain, the fanbase expectation should be completely satisfied yet again.

Sometimes, a band can completely divide its fanbase right down the middle by making changes in their sound, or revising their identity altogether. They try new directions or sometimes ride the waves of popularity in what mainstream metal shifts towards. I feel like no one has ever had these sorts of problems with Cannibal Corpse, in their quarter-century long career, and that is most definitely evident on their newest release, A Skeletal Domain.

Ok, the change from Chris Barnes to George “Corpsegrinder” Fisher was a notable change, but I had to tease this review somehow. After all, what are you honestly expecting me to say in this review that you probably haven’t already predicted about A Skeletal Domain? Chances are, you’re already a big Cannibal Corpse fan, and are probably just expecting me to talk about how amazing this album is, or to validate your already formed opinions on an album you’ve only heard a couple tracks from. I mean, I don’t mean to sound cynical and snarky, but when you’re dealing with a band that’s basically as untouchable as Cannibal Corpse, the fanbase already knows what they’re getting into. And in this case, with A Skeletal Domain, the fanbase expectation should be completely satisfied yet again.

In all seriousness, A Skeletal Domain is a great album. It’s everything that a Cannibal Corpse record should and needs to be. There’s nothing really new, no punches, or nothing else but Cannibal Corpse’s own brand of death metal. From top to bottom, the album is pure and focused dark and brutal energy.

In a preempted response to schmucks like me who are talking about how the album isn’t exactly “cutting-edge”, bassist Alex Webster had this to say:

“Consistency is often confused with repetition. We are established with what we do as a band, and we could relax and not push ourselves, but we try to push the envelope. That’s what make this exciting,” … “Anyone who really listens to this album with an open mind will hear that it’s not same-old same-old.”

If there is something new to talk about A Skeletal Domain, it’s the production. Fans have already taken to notice a huge improvement in production in comparison to previous albums. After working with producer Erik Rutan on the past three albums, the band decided to try something new with Mark Lewis from Audiohammer Studios. And no offense to Mr. Rutan, but Cannibal Corpse have never sounded this good on a record. It’s super polished, which is Audiohammer’s style, and is mixed to perfection. Corpsegrinder’s vocals are perfectly placed, Paul Mazurkiewicz’s drums are crispier than saltines, and you can even hear Webster’s bass without much effort on your ears. Everything about it is just absolutely topnotch and is exactly where it needs to be in the overall mix.

A Skeletal Domain is yet another strong release for the Cannibal Corpse catalog. Honestly, have these guys ever put out a bad album? If any death metal fan exists who isn’t into Cannibal Corpse, (unbloody likely, but they could exist), this could definitely be that album that would turn them on. This is an absolute must have for any lover of anything brutal and Cannibal Corpse. 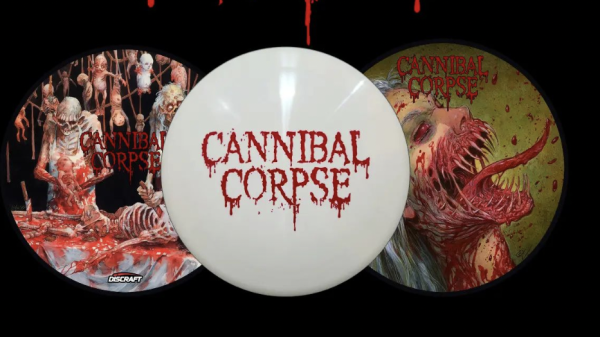