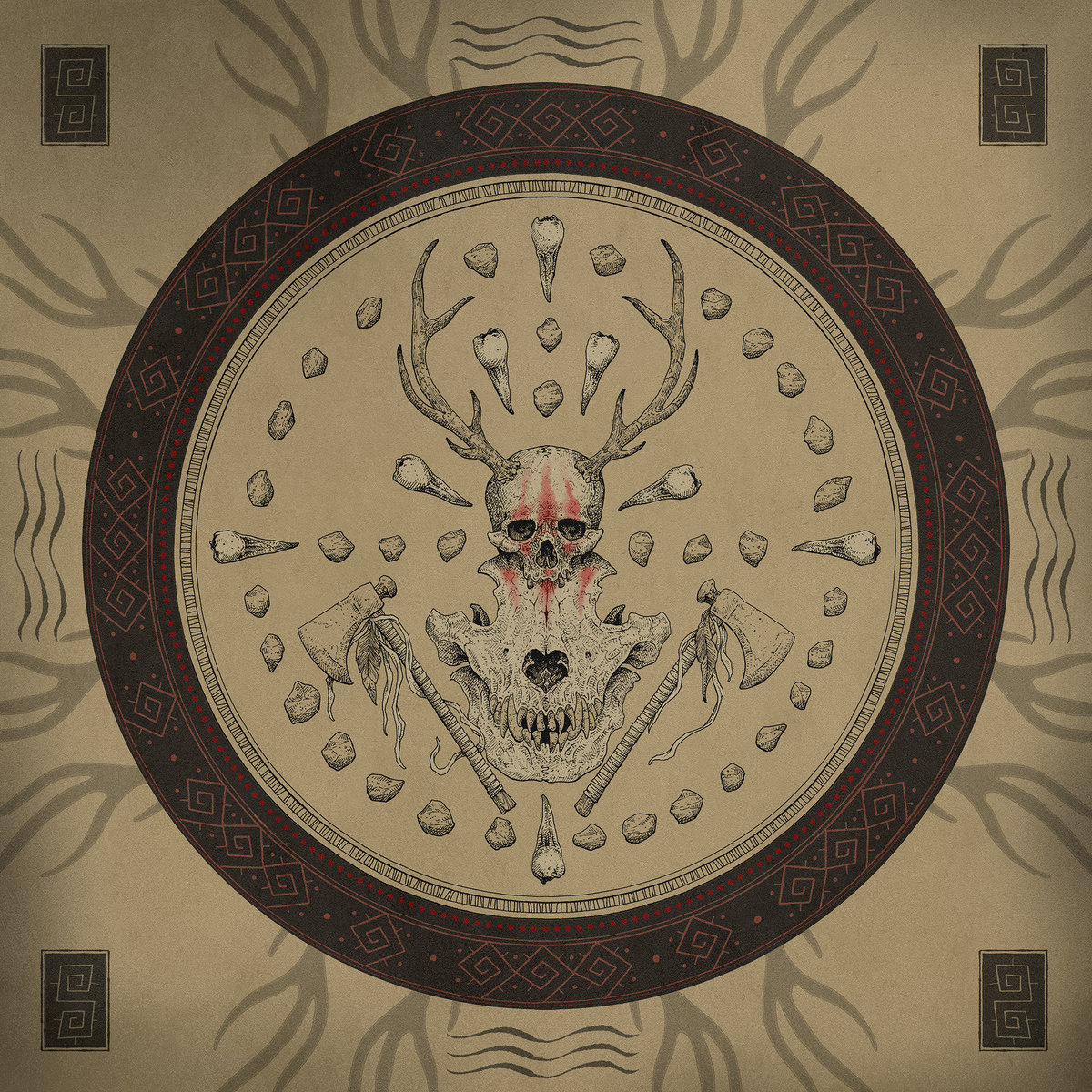 Blackbraid is an impressive solo indigenous black metal project from the depths of the Adirondack wilderness. If you've ever been there you know just has inhospitable that particular locale can be. Much of it is cold, desolate and as Gordon Ramsey might say if he were there in winter, "It's raw!" The music, of course, is as you might expect, and if you're seeking something that is powerful, emotive and evocative, Blackbraid is for you.

The artist behind Blackbraid is Sgah'gahsowah (pronounced SKA-Gah-SoW-Ah) and the act is completely independent and not signed to any record label. Sgah'gahsowah has some pretty incredible talent and this is very apparent in my favorite track on the record, "Sacandaga." A voice perfect for the genre with obvious musical talent, this artist isn't afraid to mix in sounds from native instruments in his compositions as he does here. (We hear this again in the record's second track "As the Creek Flows Softly By"). You simply haven't heard anything like this and it works so well. The vocal phrasing melds intimately with the music and you can't help but feel a great deal of affect as you listen.

"The River of Time Flows Through Me" is a track with a bit of gallop. What impresses me here on this particular tune is the guitar tone which presents itself as a unique variation of the traditional black metal tremolo. He gets a really big sound on "River of Time…" and the production at the hands of Neil Schneider is stellar. I wish more black metal sounded like this in terms of the mixing and recording especially when it comes to the use of multiple guitar tracks. This song is, perhaps, one of the more accessible ones on the record and great way to get introduced to the larger body of work.

You may have already heard "Barefoot Ghost Dance on Blood Soaked Soil" as it's made it's away around the internets for the past five months. This particular song has a nice dose of influence from prominent USBM bands. I can hear a little Uada here and a touch of Wolves in the Throne Room. "Barefoot," I believe is also going to appeal of fans of non-US bands. Yet, it's important to note at the same time that Blackbraid stands completely on its own. Similarities end with mere influences and don't go much further than that.

"As the Creek Flows Softly By" is an atmospheric track that features acoustic instruments. It's a softer tune that brings a different type of mood and mindset to the listener and is nestled in between the album's riff-laden opener and the stellar "Sacandaga." We hear more acoustic guitar in "Warm Wind Whispering Softly Through Hemlock," but this time there's a wonderful interplay between the acoustic and electric guitars in type of "musical duet." Thought-provoking without any actual lyrics, this type of composition shows how advanced Sgah'gahsowah is both a musician and songwriter.

"Prying Open the Jaws of Eternity" is the record's closer which features a dense metallic low end. It's a doom-oriented track in terms of time and sonics for the first couple of minutes only to morph into a second section that's more uptempo and a bit more black and roll (think Vreid). This is only to be followed by a subsequent segment that is full on speed rife with blast beats and fiery tremolo. The track then takes another couple of turns as the velocity slows back down in the final moments.

There's a unique sense of power and confidence behind these six tracks that is rarely experienced these days. The compositions exude confidence and craft. While the music itself doesn't deviate too much from traditional black metal motifs and sounds, the tight songwriting and stellar work on the soundboard most definitely do make this record standout rather profusely. Get on the bandwagon now because Blackbraid is gonna be big.

In this article: Blackbraid