Album Review: SANGUISUGABOGG <em>Homicidal Ecstasy</em>
Nostalgia has a way of influencing music. It's especially pervasive in the hyper-regressive world of heavy metal where bands are frequently judged by how closely they hew to the particular style of metal they play. Finland's Battle Beast are certainly influenced by heavy metal's past, but, rather than imitate a specific band or metallic subgenre, they attempt to channel the zeitgeist of heavy metal in the 1980s.

Nostalgia has a way of influencing music. It's especially pervasive in the hyper-regressive world of heavy metal where bands are frequently judged by how closely they hew to the particular style of metal they play. Finland's Battle Beast are certainly influenced by heavy metal's past, but, rather than imitate a specific band or metallic subgenre, they attempt to channel the zeitgeist of heavy metal in the 1980s.

In general, Battle Beast's music is all over the place. Their basic musical template is Euro-power metal, but they utilize synthesizer tones that wouldn't sound out-of-place on Judas Priest's Turbo. The band's guitar work exhibits neoclassical influences similar to early Helloween as well. On their first album, 2010's Steel, it was obvious they were heavily influenced by traditional and power metal from the 80s, but they didn't imitate specific bands so much as develop a sort of nebulous, cheesy 80s metal sound that drew from various influences.

In 2012, their original vocalist, Nitte Valo, left and was replaced by Noora Louhimo. After the switch in singers, the band began moving toward a poppier, more accessible sound. The band's first album with Louhimo, 2013's Battle Beast, retained much of the the Euro-power metal sound of Steel but the production got brighter and crisper, and the songs had an unmistakable hard rock slant that wasn't there previously. Battle Beast's latest album, Unholy Savior, continues to move away from the band's power metal beginnings and closer to pop and hard rock.

Upon first listen, Unholy Savior, is hard to wrap your brain around. There's a lot of different things going on stylistically which would seem to make strange bedfellows. The album opening "Lionheart" alternates between a galloping power metal anthem and an 80s pop rock song that has Noora Louhimo demonstrating she's capable of both breathy Stevie Nicks style vocals as well as a Doro Pesch-ian wail. Sometimes within the same lyrical passage. The second track, "Unholy Savior," is similarly bizarre. It's a standard Euro-power metal song with soaring guitars and synthesizers that also features some neoclassical acoustic guitar sections. However, these acoustic passages are augmented with some electronic claps straight out of Bonnie Tyler's "Holding Out For A Hero." I'm sure most of you are repulsed by what you've read so far, and this album is certainly only going to have narrow appeal. But if you're a fan of fun, cheesy power metal, you've come to the right place.

Unholy Savior does have some significant weaknesses, though. There's a lot of filler to sift through, particularly in the back half of the album. "The Black Swordsman" and "Hero's Quest" don't serve any purpose other than to take up time on the album. Both are brief interludes that would work better as interstitial tracks to break the album into sections. Instead, they're inexplicably placed back-to-back near the end of the album. There's also two Enya-esque ballads on the album ("Sea of Dreams" and "Angel Cry") that are a bit tedious and can be skipped without fear of missing out on anything. The cover of "Push It To the Limit" from Scarface is fairly pointless, too, but it's a bonus track and it's a fun way to close out the album.

Battle Beast isn't reinventing the wheel on Unholy Savior, but fans of 80s rock and metal will find plenty to enjoy about the album. There's a lot going on and it's a bit of a weird mash-up of musical eras and styles, but don't let that deter you from giving it a chance. In a genre so obsessed with its past, it's refreshing to find a band that can celebrate metal's roots in an original way.

In this article: Battle Beast 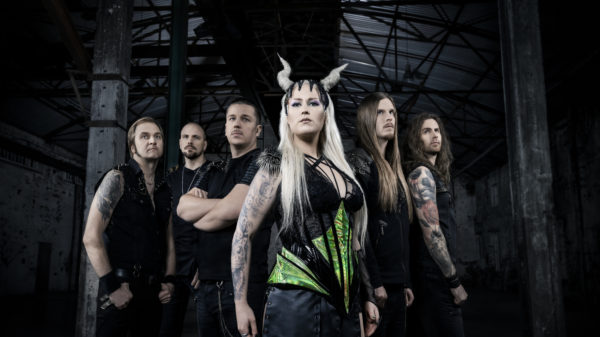 Off the bonus version of Circus Of Doom. 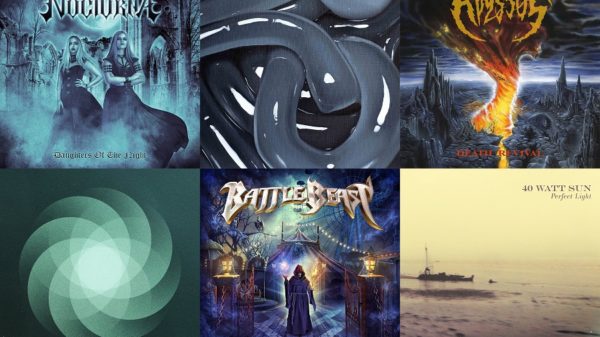