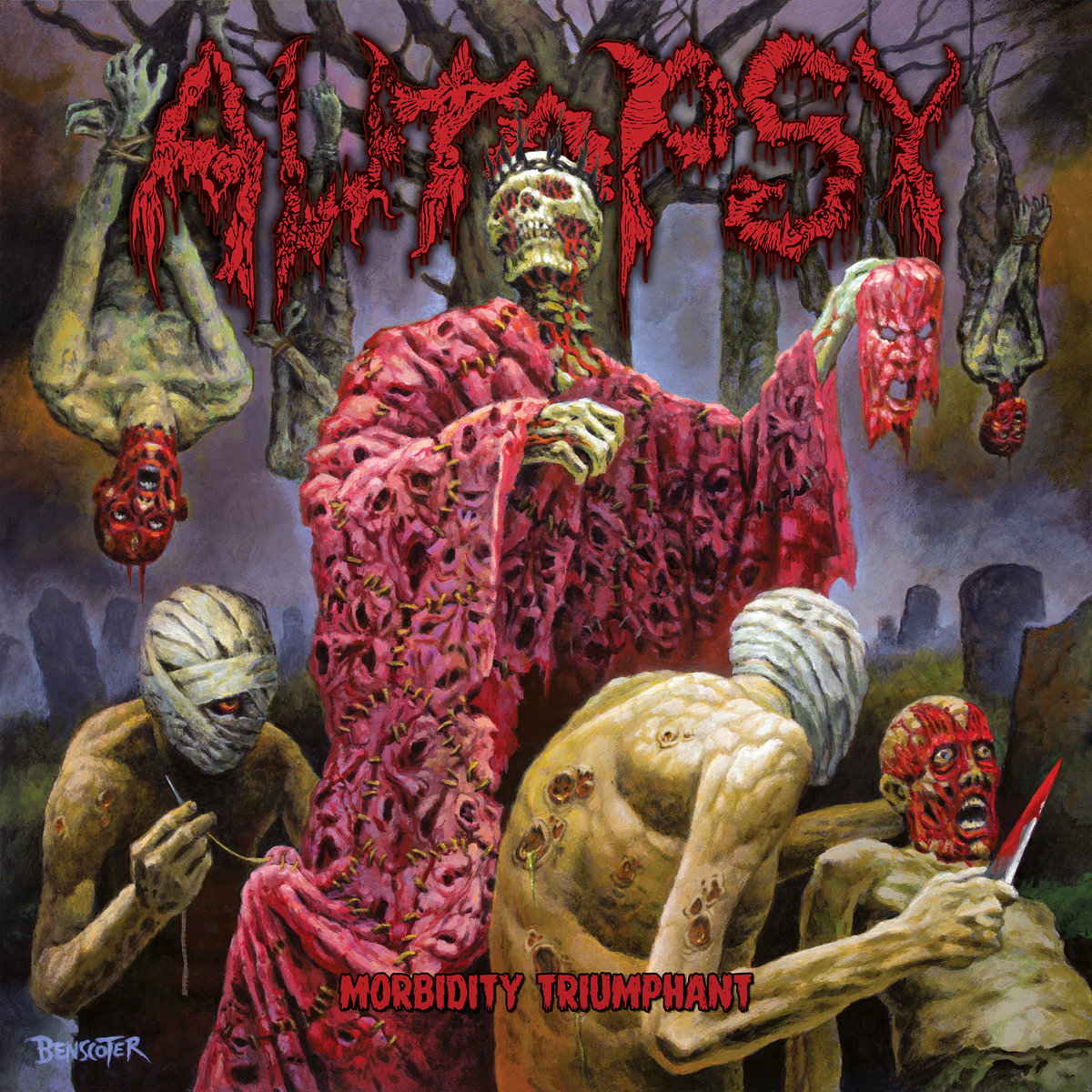 Autopsy occupies an interesting place in the world of death metal. Emerging in the late-1980s, the band was one of the pioneers of death-doom, but their output sets them apart from other practitioners. While bands like My Dying Bride and Paradise Lost took death metal and subsumed it into gothic romanticism, and bands like Incantation used it to conjure unholy spirits and blasphemous terror, Autopsy maintained the focus on macabre gore. The band knew how to slow things down, but it wasn't to evoke rose petals strewn across a graveyard, it was to spew human organs across the cutting floor. Morbidity Triumphant is the band's latest work of death metal butchery, and let me tell you now, these cuts are of the highest quality metal meat.

Like many classic death metal bands who revived after the nadir of the mid-90s, all Autopsy needed to do was do their thing and do it well. And on albums like Macabre Eternal and Skull Grinder, they delivered all the bloody, chunky goods. I'm a big fan of the 2018 EP as well. After a very busy spree of activity in the early 2010s, however, it's been awhile since we've had a new full-length.

With the one-two punch of "Stab The Brand" and "Final Frost," you can immediately tell it was worth the wait. From the very start, these songs show the band flaunting its two specialties: fast and blistering death metal, and menacing and ominous death-doom. The rest of the album is balanced along this axis. The album also shows the band's skill at placing screams, pentatonic guitar solos, and other goodies at just the right moments to excite the listener.

Morbidity Triumphant is a fantastic ride from start to finish, but its pinnacle comes on track four, "Born In Blood." The song boasts a MEAN doom-metal riff that gives way to a charging death metal d-beat gallop before coming full circle with some impressive and satisfying screaming. That said, my favorite riff on the album is on the closer, "Your Eyes Will Turn to Dust," right about 1:19. You'll catch it, trust me, it rules so hard.

Other highlights include the bluesy stomp of "The Voracious One," which resembles the sound of the undead invading a stoner metal festival and feasting on everyone in sight. The recent single, "Knife Slice Axe Chop" is pretty rad as well, especially the bridge where the bass comes in on its own. And if you're just looking for maximum doom, "Skin By Skin" is your jam.

Like I said, it's an Autopsy album. They do a couple things extremely well and stick to that for the entire span of 11 songs. How you feel about that is largely contingent on how much you dig what Autopsy does. The song structures and patterns get very repetitive as you cross into the later songs, but this is more of an asset than a setback for the band.

Chris Reifert and company set their foundation with Severed Survival, Mental Funeral, and Acts of the Unspeakable, and their post-2009 journey has been all about building on those mighty pillars. Upon a rigorous inspection, I can say the house is in very good shape. Watch your step as you walk in, however, lots of blood. 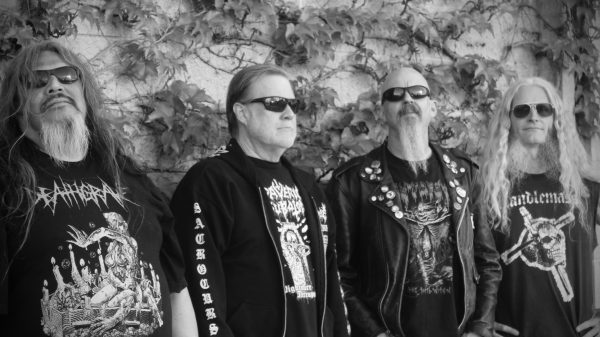 A real blood and guts fest.