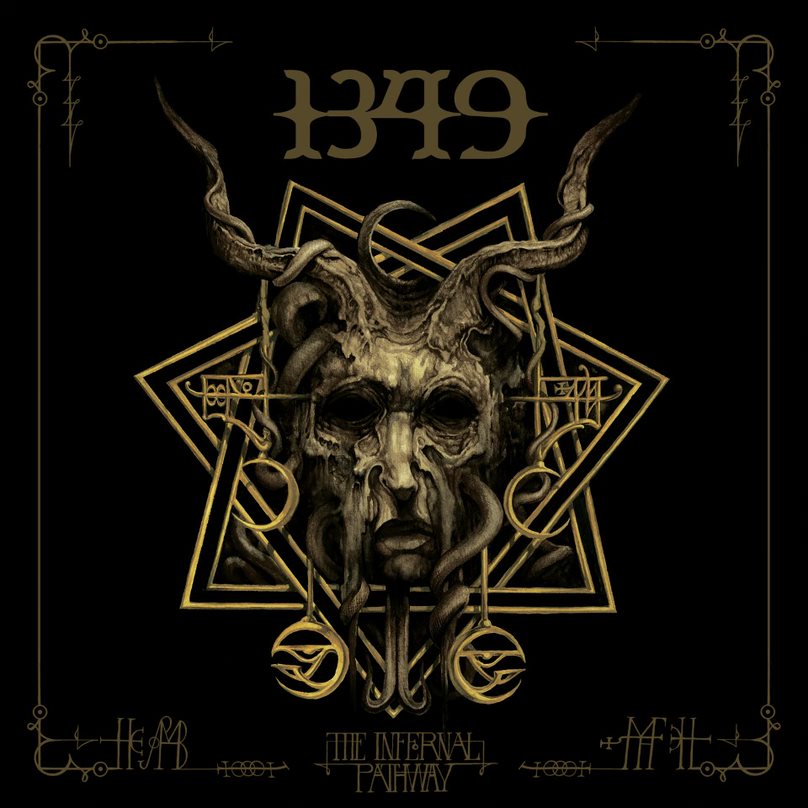 As the bubonic plague ravaged Europe in the middle ages, many believed it was a divine punishment from God. Often referred to as the ‘Black Death,’ the disease would be responsible for wiping out two-thirds of the continent’s population. Named for the year in which the epidemic reached Norway, black metal outfit 1349—Much like the dreaded outbreak—is unrelenting and unmerciful. There is very little that stands in their pathway of total annihilation.

1349 made their full-length debut in 2003 with Liberation. Upholding the uncompromising traditions of black metal, they've continued down a path of domination and destruction. Beyond the Apocalypse, Hellfire, and Revelations of the Black Flame are all titles that embody the apocalyptic themes and imagery associated with the group's body of work. Mayhem wrote the song "Pure Fucking Armageddon." 1349 take things farther and are the soundtrack to the end of times. In a biblical sense, they're the harbingers of the apocalypse. The Infernal Pathway, the groups' seventh full length, is their latest offering and spares very little in the way of raw extremity. History tends to repeat itself and 1349 have once again unleashed chaos upon an unsuspecting world. 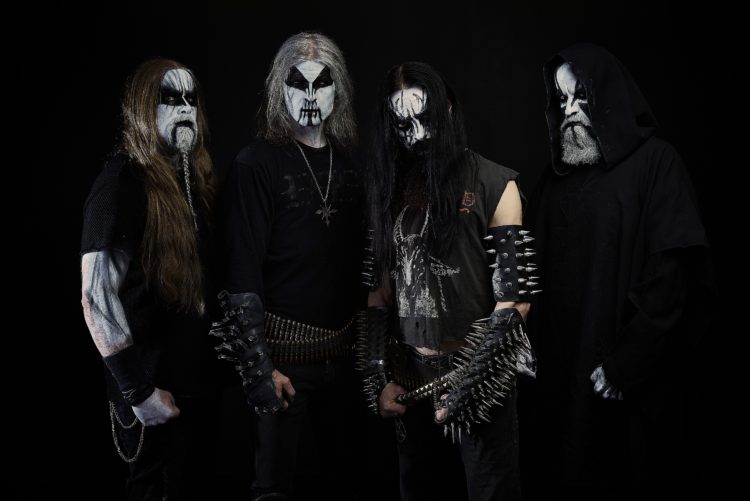 The album begins with  "Abyssos Antithesis." Ferocious and uncompromising, it wastes no time in establishing black metal dominance. With unrelenting speed, 1349 reach for the throat with both hands. The frenetic drumming performed by Frost creates a solid foundation for guitarist Archaon to build the architecture of armageddon. The nightmare-inducing rasp from vocalist Ravn is the final ingredient in this lethal cocktail. Songs such as "Enter Cold Void Dreaming" and "Striding the Chasm" are the personification of chaos unleashed. More than that, they're both crafted with finesse and precision. This is nothing short of a well-orchestrated attack upon the senses.

It would be easy to dismiss The Infernal Pathway as an album that thrives on a lot of speed and not much else. 1349 prove to anyone listening that they're capable of much more than that. "Stand Tall in Fire," the albums concluding track, spans eight minutes and demonstrates the ability to incorporate atmosphere into their material. Utilizing spoken word passages and mid-paced riffing, there's a feeling of desperation and dread that emanates from the song. The song weaves in and out of tempo changes. It ebbs and flows between melancholic interludes, thunderous blast beats, and ear-piercing leads. Ravn's lyrics bring the music to life, which appears to depict a person's final judgment.

Upon closer examination, there appears to be a conceptual element present. Throughout three brief interludes ("Tunnel of Set VIII," "IX," and "X," respectively) of ambient noise separate the material into three subsections. This was first utilized on their 2010 release, Demonoir, which included the first seven parts. Perhaps this is the continuation of something that has yet to be seen in its entirety. The Infernal Pathway elevates 1349 above and beyond some of their more notable contemporaries. There's a method to the madness. As chaos and uncertainly loom upon the horizon, we know what sounds and fury will accompany them. 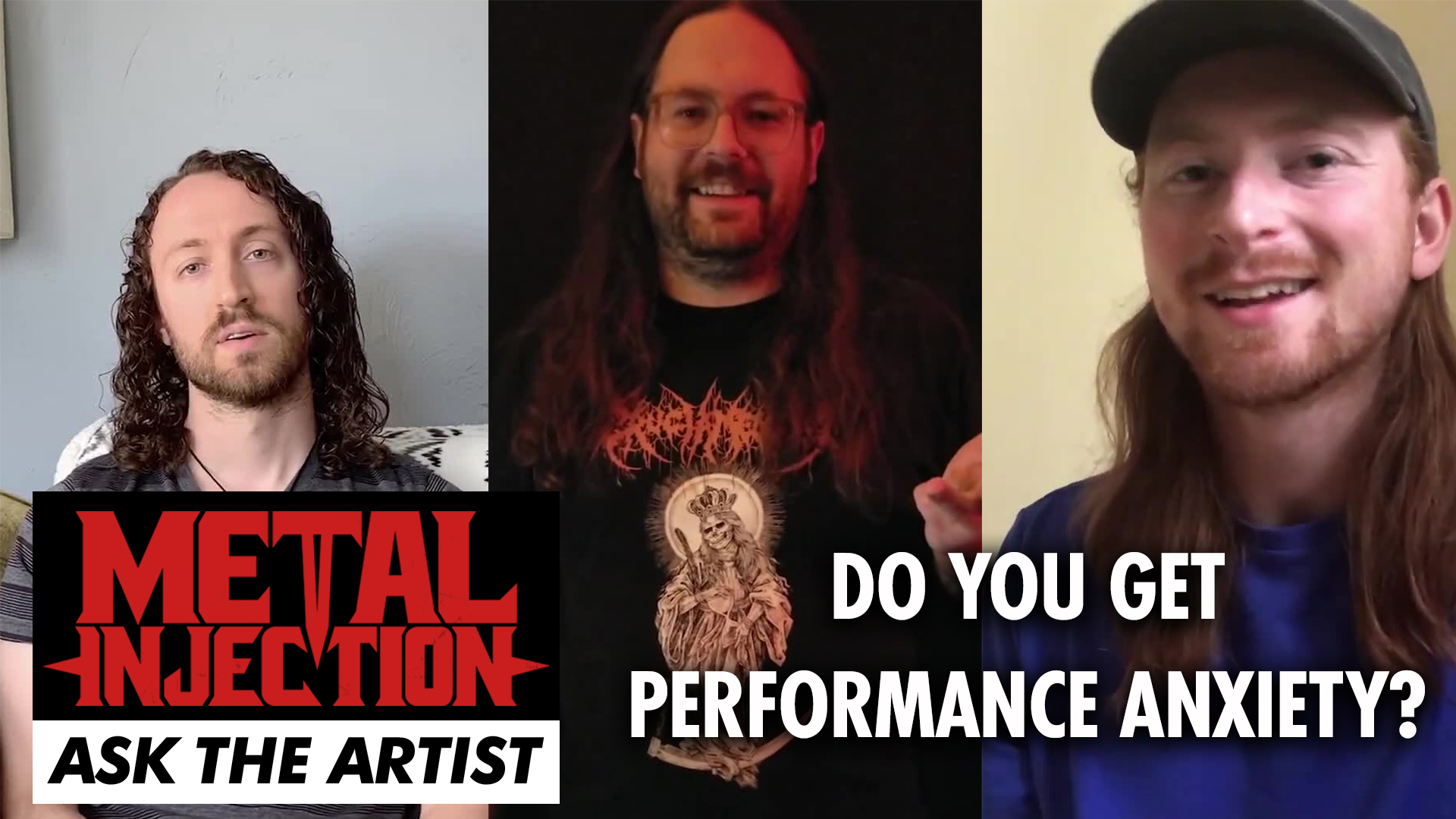 ASK THE ARTIST: Do You Get Performance Anxiety? 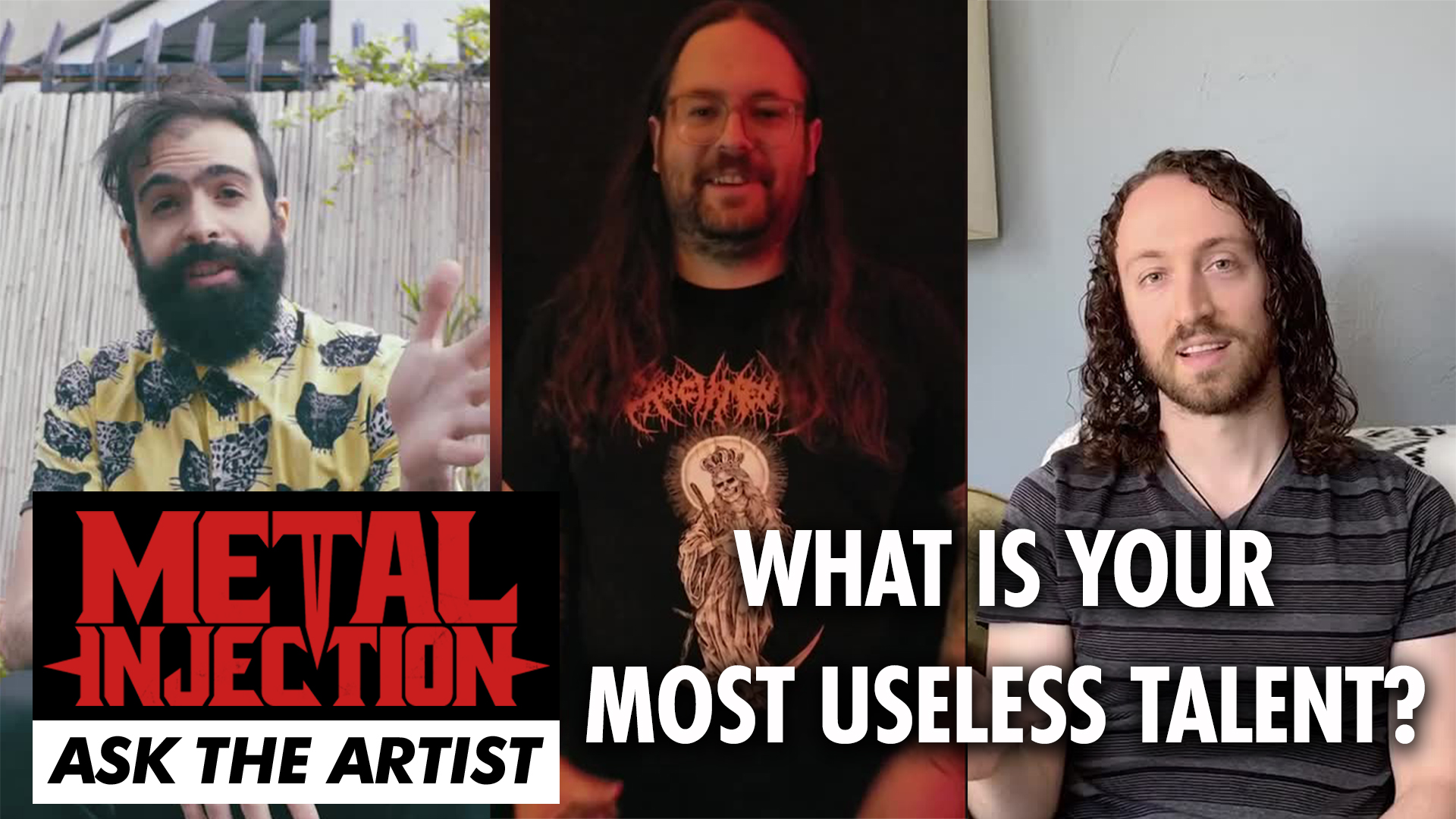 ASK THE ARTIST: What Is Your Most Useless Talent?

We ask members of Silvertomb, Type O Negative, Destrage, Aborted, The Black Dahlia Murder, 1349, Currents, Green Carnation and Wilderun about their most useless... 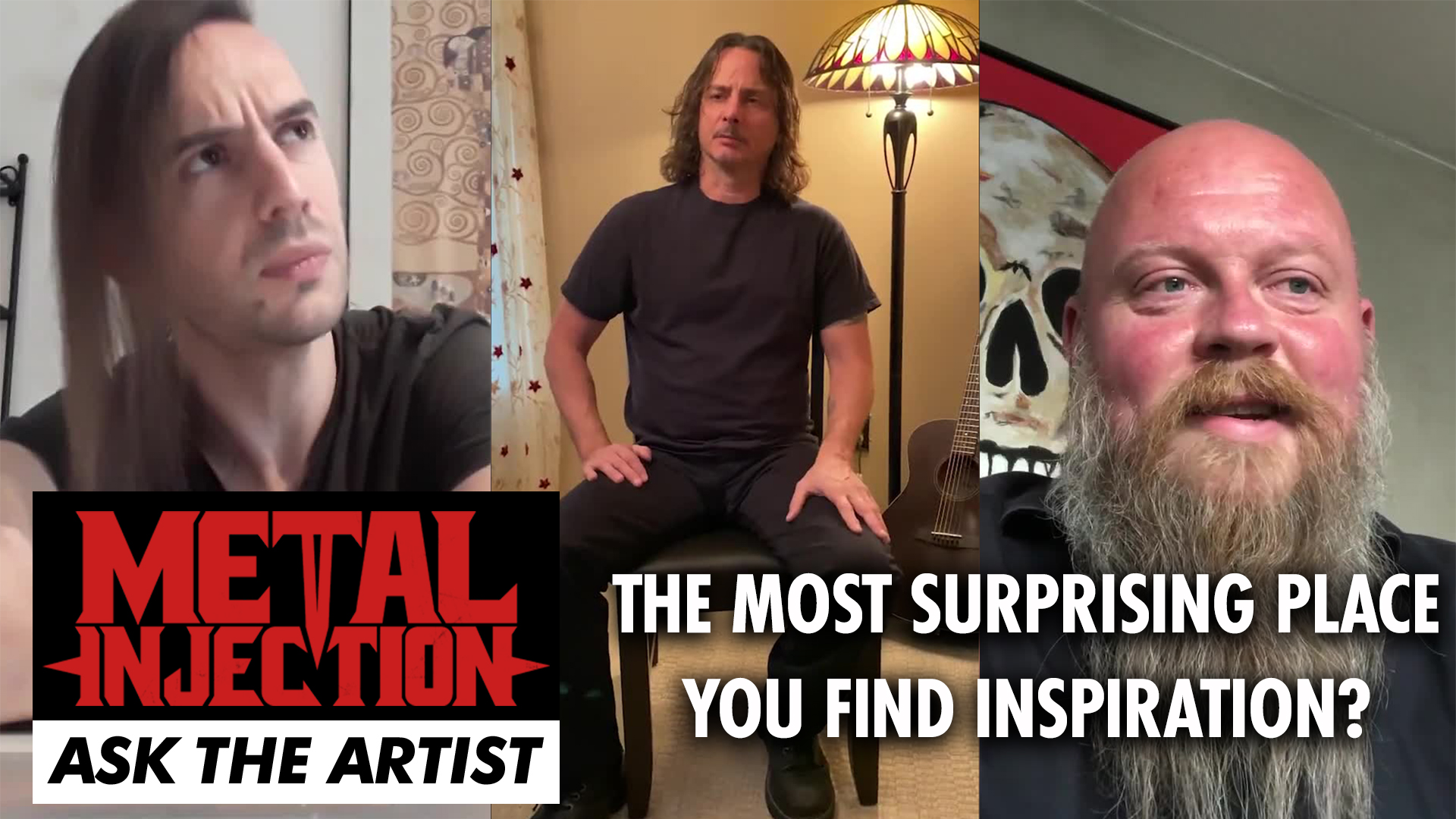 ASK THE ARTIST: The Most Surprising Place You Find Inspiration?

We ask members of Silvertomb, Type O Negative, Destrage, Aborted, The Black Dahlia Murder, 1349, Currents, Green Carnation and Wilderun about the most surprising... 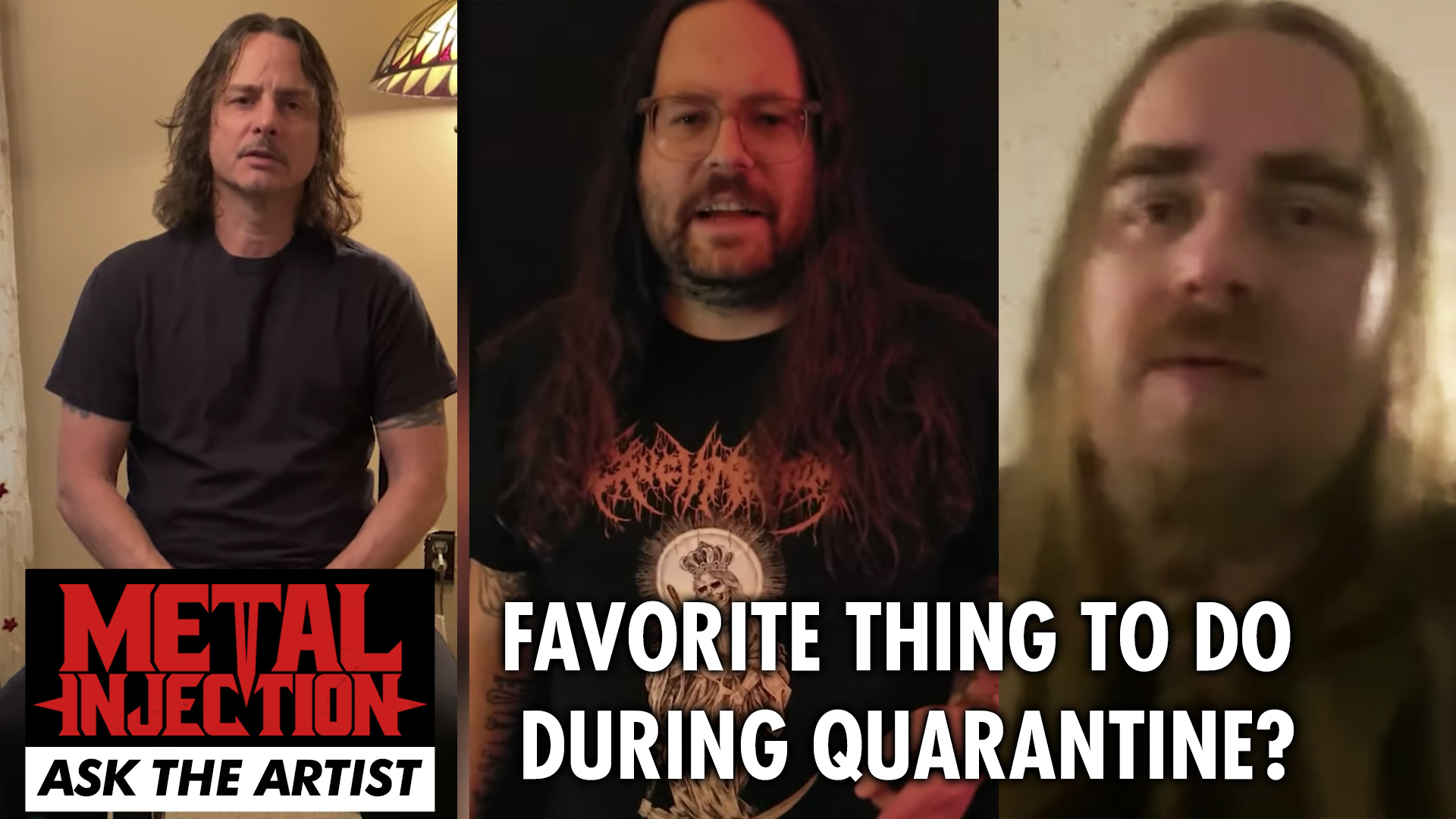 ASK THE ARTIST: Favorite Thing To Do During Quarantine?