Photos & Review: SYSTEM OF A DOWN & KORN Rock Massive Stadium Gig In LA 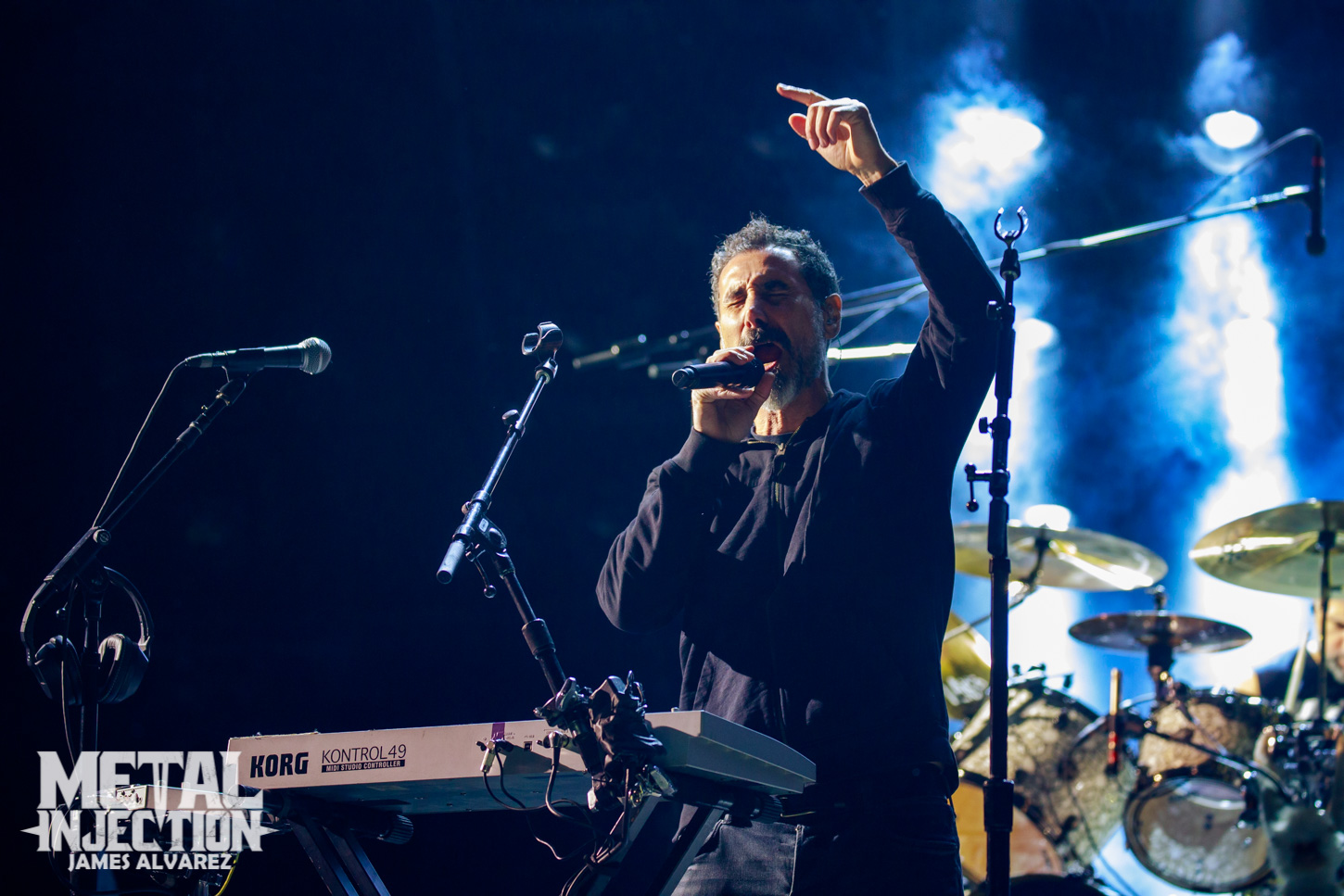 System Of A Down finally returned to Los Angeles for their first proper headlining show in ages at the Banc of California Stadium this past weekend. After two years of pandemic related rescheduling, the band’s long-awaited return to one of their hometown’s biggest stages was absolutely mind-blowing.

The mighty Russian Circles and the riff masters in Helmet opened the show as thousands of people made their way inside the venue. The last time System Of A Down played in Southern California, it was a historic event out in San Bernardino (and one of the few times the massive Glen Helen Amphitheater has ever reached sold out capacity). The band hasn't headlined in Los Angeles since way back 2015, so saying that their legions of hometown fans were excited for this series of shows would be a massive understatement. System Of A Down are easily one of the biggest bands in the world but they will always be first and foremost, one of the sickest local bands LA has ever produced. The fact that the LA Rams are headed to Super Bowl, which is also happening in Los Angeles this week pushed the hometown crowd into an even bigger celebratory frenzy.

By the time Korn hit the stage the small army of fans inside were ready to jump and mosh the night away. These nü-metal legends have a sound that's basically designed to make large swathes of concert goers lose their minds. The band opened with "Here To Stay" and the ocean of metal fiends on the general admission floor went wild. Korn tore through a greatest hits heavy setlist, while playing their recent single, "Start the Healing" from their brand spanking new album, Requiem, that dropped the same day. There was something slightly surreal watching a sea of people singing the demonic growling scat lyrics of "Twist" alongside Jonathan Davis, or seeing a salvo of fireworks erupt as the band launched into "Blind." After nearly thirty years in the game, the Korn machine shows no signs of slowing down or lightening up.

And then, there was System Of A Down. The reigning heavy weight champions took the stage and defended their titled in front of 23,000+ people and it was simply glorious. They opened with "X" and immediately followed that up with "Prison Song" off their landmark 2001 record Toxicity. The bulk of the band's setlist came from Toxicity and their 2005 albums Mezmerize and Hypnotize, while throwing in some old school gems from their 1998 self-titled debut like "Suite-Pee" and "Suggestions." As great as it was singing along to classics like "Old School Hollywood" and "Chop Suey" or stomping your feet to "Cigaro" and "Deer Dance" the best part of System Of A Down's triumphant return was watching them play their newest material live.

The band released their first new songs in well over a decade in late 2020 and early 2021 to raise awareness for the deadly Nagorno-Karabakh conflict. Watching them play their poignant new songs "Protect The Land" and "Genocidal Humanoidz" at a massive hometown show with one of the largest Armenian populations in the world was just all kinds of magical. Also, their new songs just fucking rule. "Genocidal Humanoidz" is one of the gnarliest tunes the band has ever produced. How System Of A Down manage to sell out stadiums while writing new songs with blast beats and tremolo guitar picking is beyond my comprehension. Watching System Of A Down annihilate the Banc of California Stadium felt like watching Neo stop bullets at the end of The Matrix. The rules of physics, laws of natures and pop culture trends don't apply to them. Instead, they're the chosen ones who bend reality to their will.

SYSTEM OF A DOWN