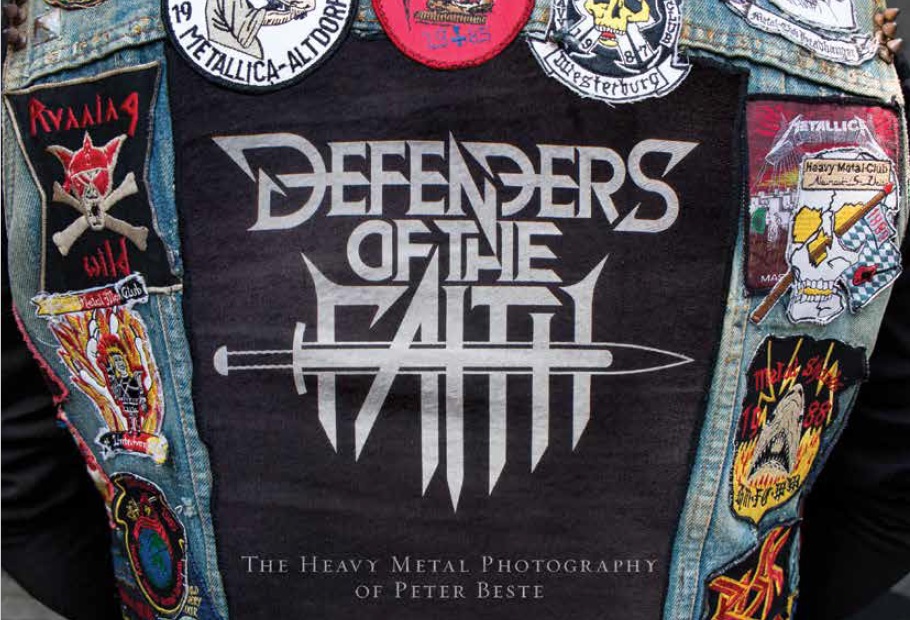 Peter Beste is more than just an acclaimed music photographer. His first book, 2008’s True Norwegian Black Metal hit the world like a corpse painted meteorite. After spending years gaining the trust of some of the most controversial and reclusive bands in existence, Beste not only published a spellbinding firsthand account of the underground black metal scene, but wound up creating some of the most iconic music photographs of the 21st century thus far. 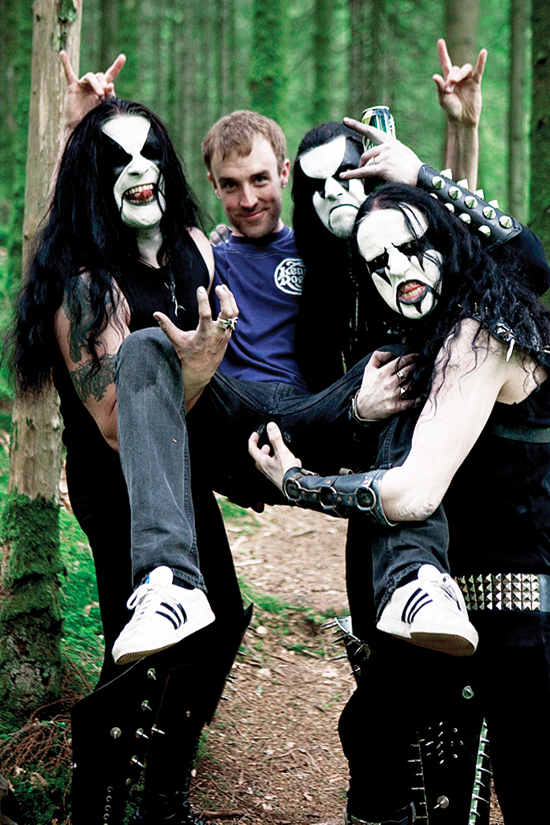 Peter Beste w/ Immortal in the realm of Blashyrkh

Since then, Beste has gone on to document other musical realms, becoming a sub-genre anthropologist of sorts. His brand new book, Defenders of The Faith, dropped this September via Sacred Bones, and finds Beste back among his native metal tribesmen. Defenders of The Faith is a riveting analysis/collection/flat out celebration of metal’s most revered cultural garment: the band patch adorned, denim vest and or leather jacket uniform affectionately dubbed, the battle vest. Beste spent years traveling to metal festivals and hanging out with bands to compile this ultimate love letter to hessian metal culture. 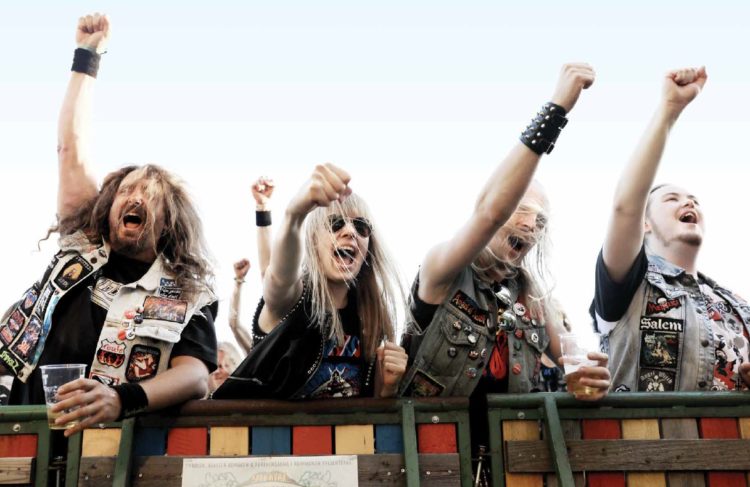 There’s mosh pit photos, candid behind the scenes snapshots of Behemoth and Leviathan, metal babies, dogs, couples and battle vests galore featuring some of the most obscure and revered metal bands in existence. Here’s a brief exchange with Beste himself, to tell you about his latest work in his own words.

Where did the idea for your new book Defenders of The Faith, documenting heavy metal battle vests around the globe, come from?

Originally I planned to make a book of photos of only vests – kind of like a still life photography study. I quickly realized that the project would have been incomplete without showing the maniacs who make them, so I decided to expand my focus and include mostly candid and natural photos of metal heads in their natural environments.

What was it like interacting with the fans during this project? One might imagine someone with a meticulously curated battle jacket would probably be really stoked to showcase their walking shrine to Motorhead off in a book like this.

It was a blast. I was among my people, so to speak, so I was right at home. People were generally excited to show off their hard work and tell me the origin stories of their vest. 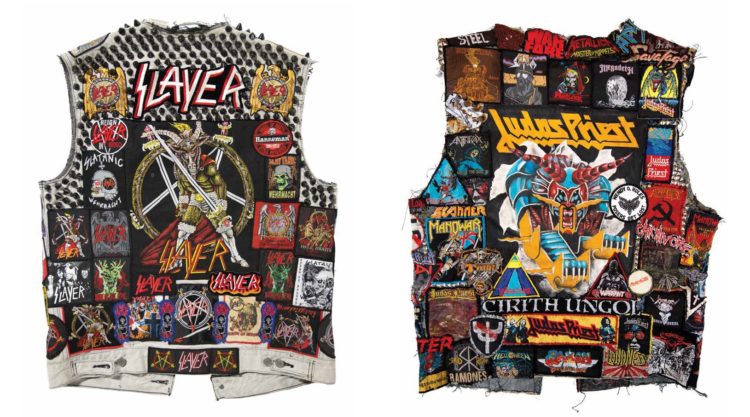 While we’re on the subject of eager fans, how did you first enter this crazy world of extreme metal music/culture? Did you have a battle jacket of your own growing up?

I discovered metal and hard rock when I was a young kid living in Texas through MTV and glossy metal mags in the 80s. I was mostly into the Big 4 and the glam metal of the day at the time. I didn’t have a full on “battle vest”, but I recently found photos of my old blue jean jacket covered in Metallica and Anthrax pins. 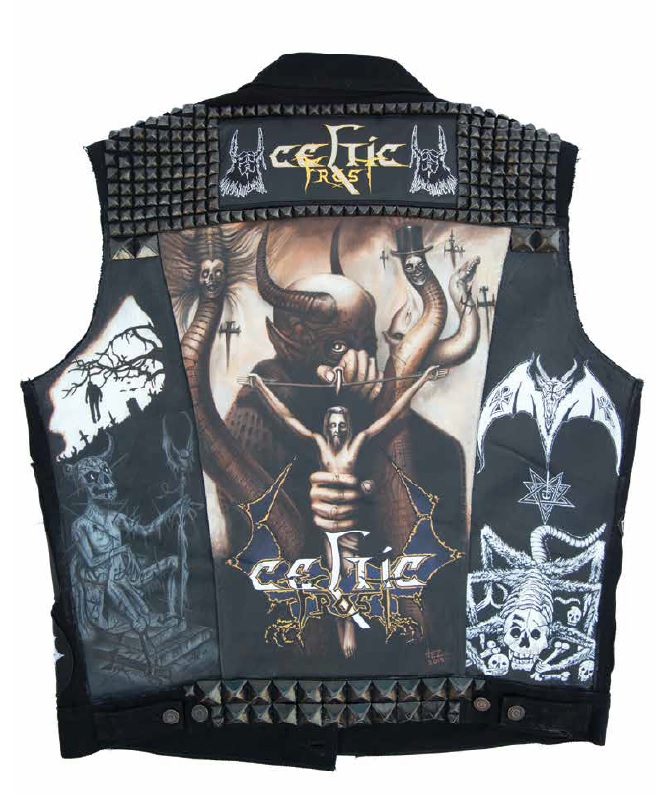 Can you tell us how you discovered your passion for photography? What kind of camera setup did you use while shooting Defenders of The Faith?

I first started using photography as a tool to document the punk rock scene I was into in the mid-90s during high school. I was instantly passionate about it, but didn’t have any focus or instruction until I took my first photography class a few years later in college. Back then I was shooting entirely with film, but for this recent project, I shot most of it on a Canon 5D Mark iii with almost entirely natural light. 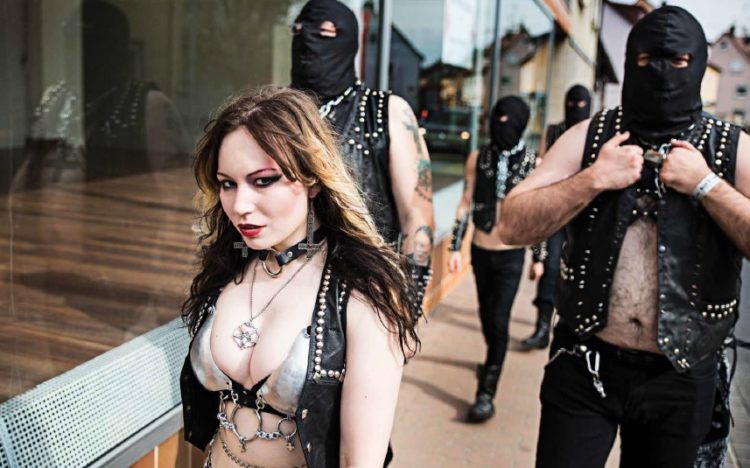 Are there any photos or certain vests in particular from Defenders of The Faith that stand out to you the most? For our money, the candid shot of the couple from Keep It True 2017, with their respective Hellhammer and Skid Row jackets is one of the best. It shows how broad and musically diverse the metal world is, and the woman is sporting the heavier/more extreme band.


As far as photography goes, I love finding those powerful moments of connection between people while in chaotic surroundings, or simply an amusing contrast – like the photo of the Skid Row and Hellhammer jackets you mentioned. As far as styles of vests, I always love the super detailed ones that many Germans are making. The kind where you see new details every time you look at it.

Grab your copy of Defenders of The Faith HERE!

Do you have a heavy metal battle vest? What patches are on your back? Who are your favorite heavy metal photographers? Let us know!

In this article: defenders of the faith, Peter Beste, photographs

Like most people, I have been wondering what the downtime consisted of on last month's Defenders of the Faith tour with Ghost, Trivium, and...

Photos: 3 INCHES OF BLOOD, SAVIOURS, and HOLY GRAIL at the Triple Rock

Concert Recap: FUCKED UP at the Triple Rock Social Club in Minneapolis, MN

FUCKED UP played the Triple Rock Social Club in Minneapolis, MN on Wednesday, April 8, with local hardcore punks in BRING THAT SHIT, post-hardcore...