It's easy to say that Voice of Baceprot don't look like your typical heavy metal band, but it's true. I don't know many other bands composed of Muslim teenage girls from West Java, Indonesia who rock this hard.

The girls formed their band in 2014 when they met in school and according to an interview with Geo.tv they "use their music to combat the stereotype of Muslim women as submissive or voiceless."

"Wearing a hijab should not be a barrier to the group's pursuit of its dream of being heavy metal stars," said Firdda Kurnia, 16, who sings and plays the guitar.

"I think gender equality should be supported because I feel I am still exploring my creativity, while at the same time, not diminishing my obligations as a Muslim woman," she added.

The girls have a few originals "on issues like the state of education in Indonesia" but mostly cover classics from System of A Down, Rage Against the Machine, Metallica and Slipknot. The story notes that the trio were invited to play their school's graduation ceremony. Some of the girls' elder teachers note that it might be unusual to "see a group of hijab-wearing girls playing metal music or even women shouting" but ultimately nobody sees a problem with it. Here they are doing a live studio session of their original track "The Enemy of Earth Is You"

Here are some other awesome videos we found of these girls slaying. Look at the pit for this cover of Rage Against the Machine's "Guerilla Radio"

Here they are covering System of A Down's "Sugar" and this bassist has me mesmerized:

Here's a great compilation of some of their covers from a piece The Guardian did on them:

They're getting some serious exposure. Here they are on national TV in Indonesia:

Voice of Baceprot have a ReverbNation page and can be found on Instagram.

[Thanks for the tip, Max Frank]

In this article: metal kids, muslim metal, VOICE OF BACEPROT 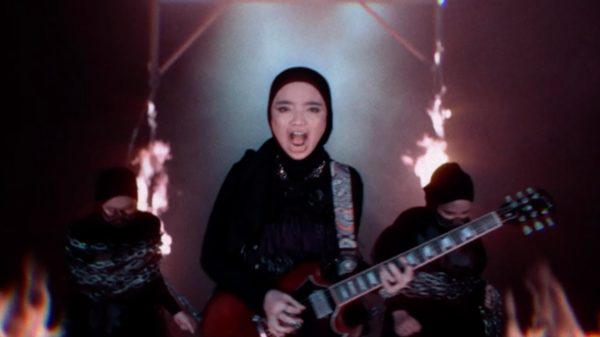 Defying the religious fanatics that don't want them to make music. 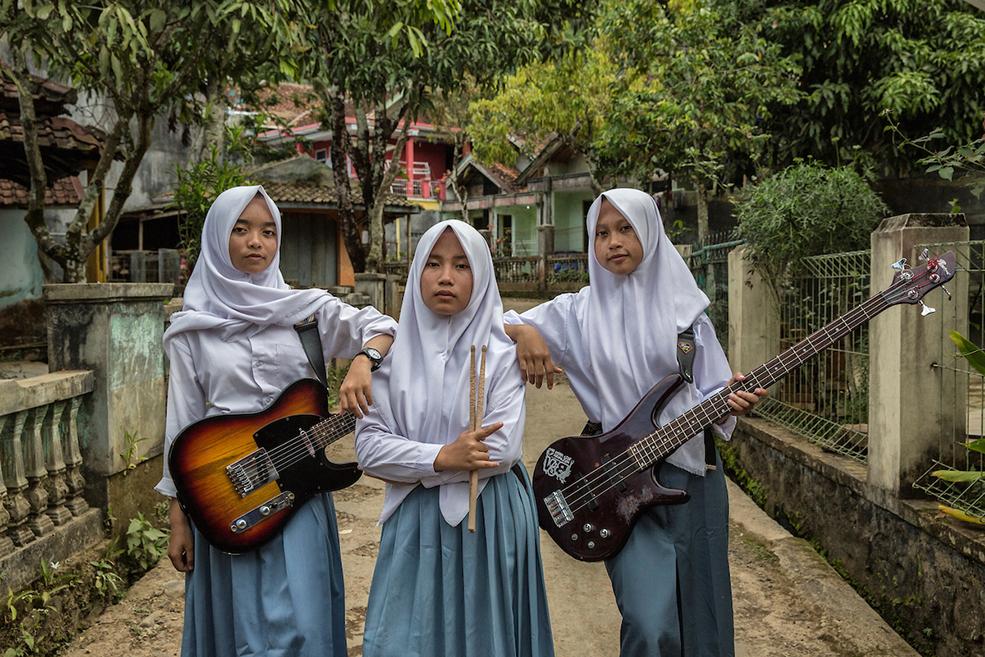