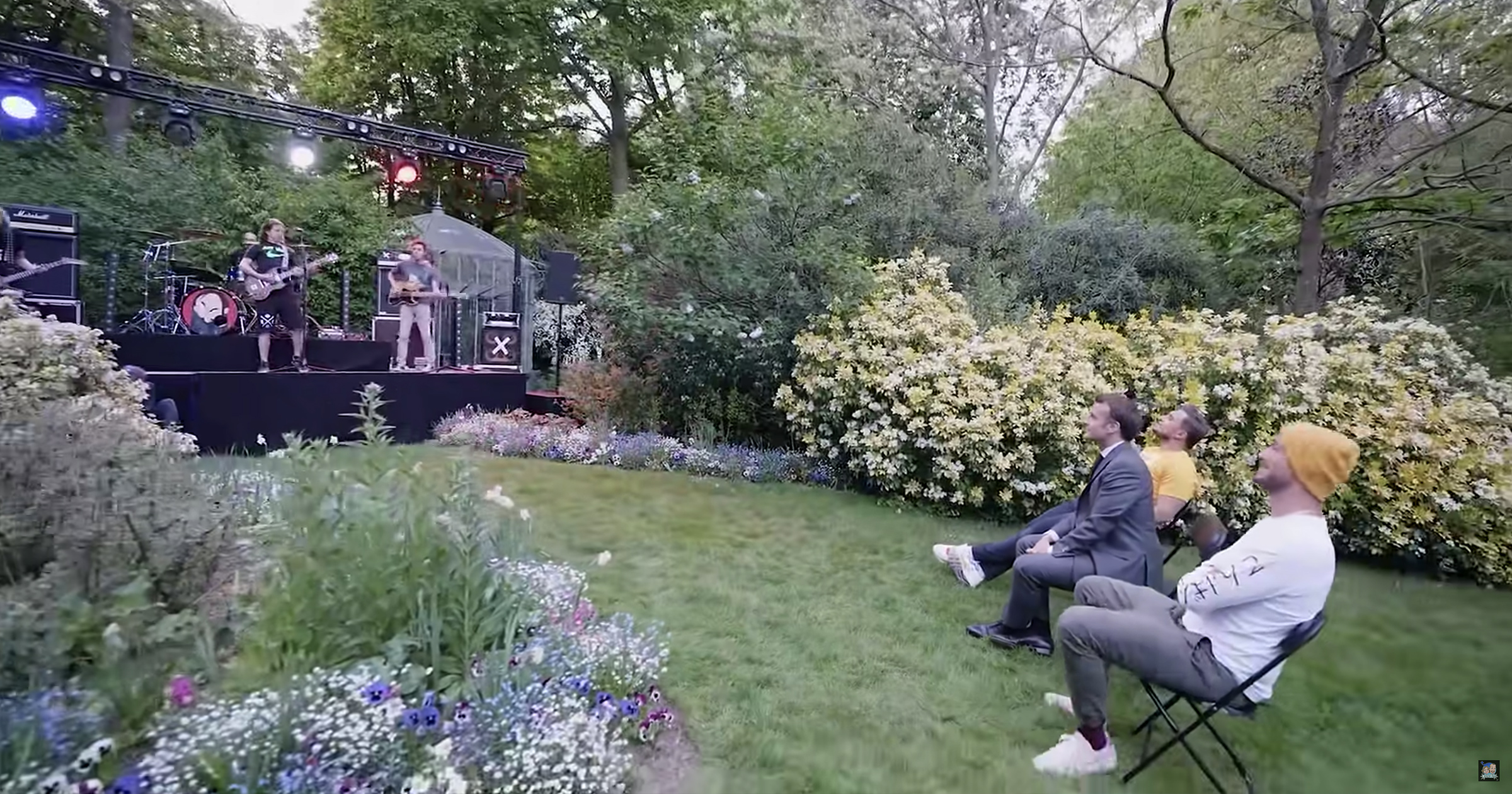 The French continually prove how metal they are, and this weekend was no exception as French president Emmanuel Macron just hosted a grind band at his palace for an impressive one minute, six second concert.

Reuters reports that the concert was the result of an agreement between Macron and comedians McFly and Carlito. Macron asked the comedy duo to make a video to encourage their fans to wear masks, social distance and wash their hands. Macron said if the video hit 10 millions views, the French president would allow the comedy duo to film a video at his palace.

The comedians made good on their end of the bet, and now it was time for Macron to make good on his end. The comedy duo filmed for over half an hour at the palace, and concluded the video with a walk in the garden where Macron was surprised by French grind metal band Ultra Vomit.

The grind band apparently got some pushback for taking the gig, to which they responded (translated from French), “Oh, we don’t know we might crumble some of you…Notably leaves…Shirts, even some socks. To all of these, I would say that unfortunately, it is impossible to ‘iron’ at the Elysee…In short, it is known that some will tick (and ticks will be sure) but just keep in mind that after reversing the letters on the Olympia facade, the next step was to play the grind at the Elysee.

“Long live the republic, and long live there… What the fuck is happening to me?? Kisses friends!"

Watch the killer performance below.