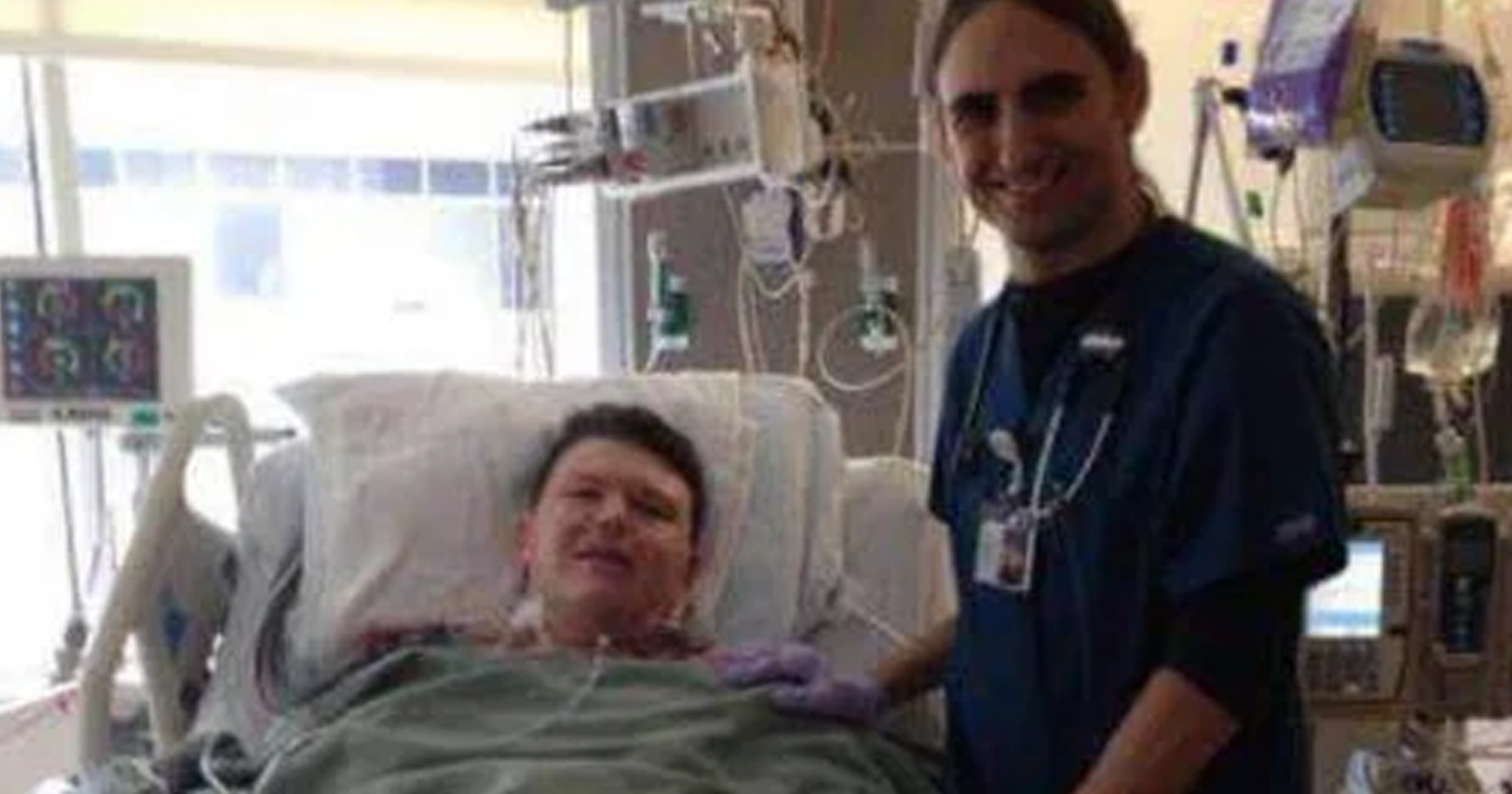 Waking up from a coma all by itself is an astounding feat. Imagine accomplishing something so spectacular and then having your respiratory therapist be your favorite band's bassist. That's exactly what happened with one patient named Mason and Kansas-based metal band Hammerlord bassist Terry Taylor.

According to a post to Reddit, the guy woke up and immediately recognized Taylor, who in turn was pretty awesome about the whole thing. The whole band even visited Mason a few days later!

"I woke up from a three-day coma. A guy came in, woke me up, and said, 'Mason, my name is Terry and I'm here to take out your breathing tube.' I opened my eyes wider and my first words were, 'Terry Taylor from Hammerlord!'," the post reads.

"I remember him asking if I had any Hammerlord stuff and I told him that I had [the album] Wolves at War's End. I got a package a few days later with a bunch of Hammerlord stuff. The rest of the band came and visited me on the fourth floor where I was staying."

That also must've been a pretty crazy day at work for Taylor too! If you've never heard of Hammerlord before, check 'em about below.

Dude wakes up from coma to find his respiratory therapist is a metal musician he’s a fan of. The guy sends him free merch and has the rest of his band come visit. (Pre pandemic) from r/HumansBeingBros