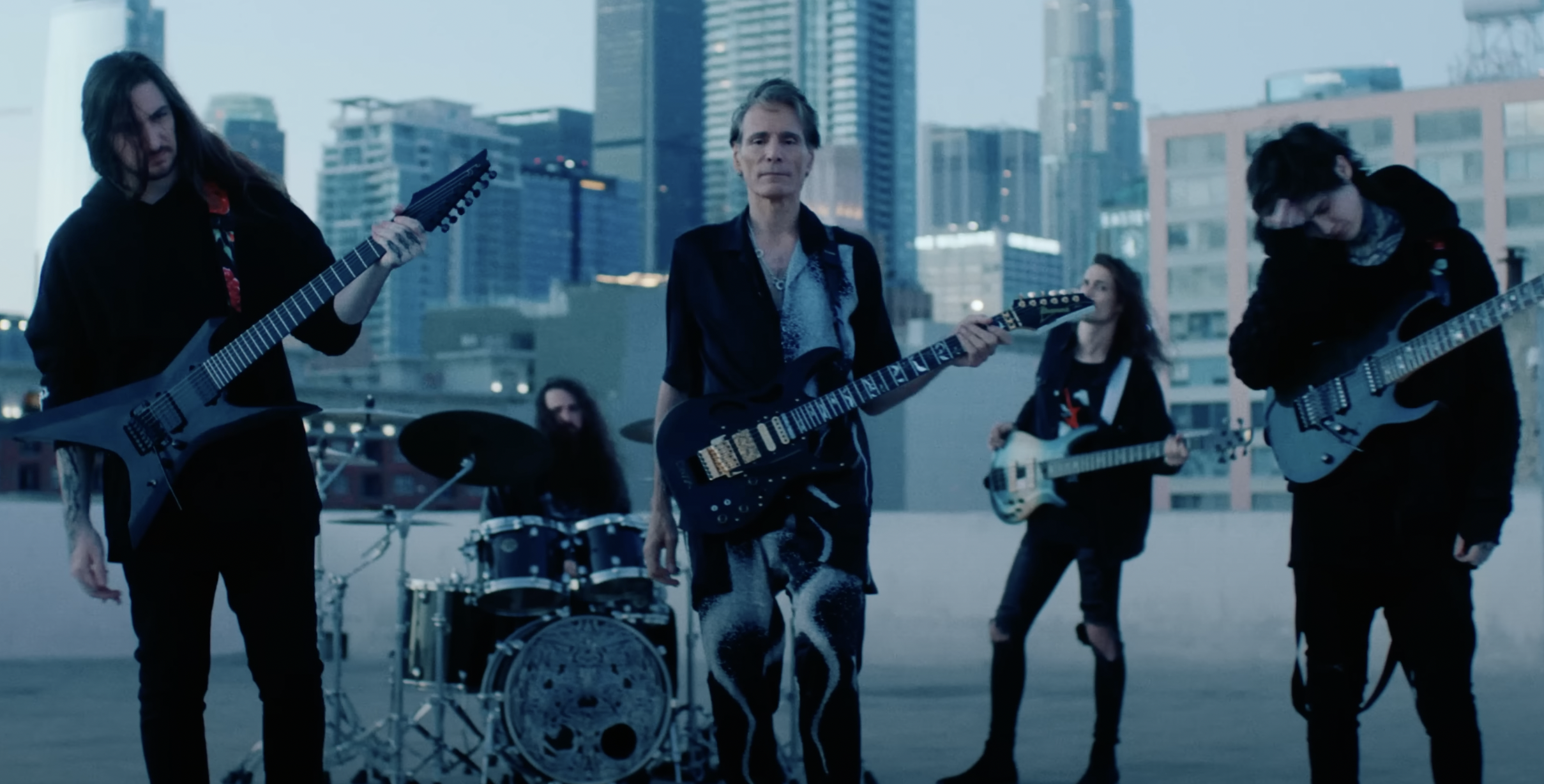 Steve Vai was one of the many guests on Polyphia's recent record Remember That You Will Die, which as it turns out a was a collaboration in the works since 2019. In an interview with Guitar World, Polyphia guitarist Tim Henson recalls going to Vai's house to show him some music and blowing his speakers out. Henson said it wasn't intentional, but that Vai's iTunes was configured a little too hot to handle a Polyphia 808 bass drop.

"We knew going into it that it would have to be important. We've had this idea since 2019. Steve invited us to jam with him at a NAMM show; afterward, we asked him about being on one of our songs.

"Throughout the next few years, we tried to find the right song, and this one ended up as the last one we did. It was one of the craziest, 'notey' songs we had, but the challenge was figuring out how it would work with Steve. We worked up different sections of it but made it in a way that it sort of starts over, if that makes any sense. It became something really intense, and then we sent it off to Steve.

"We went to visit him at his house, which was so fucking cool. His studio is like a children's storybook library; it's super-magical, with plants and a loft. We played him three songs before we played the one we wanted him to be on.

"For some reason, his iTunes was too hot for his speakers – and he's got really big speakers – and the track was clipping like crazy. We had no idea why it sounded like that, but he thought it was really cool. There was this heavy 808 drop in the song, and it blew out his speakers! [Laughs]"

Henson added that Vai got visibly pissed off about the situation, which is fair – having your expensive home speakers blown out sucks. Henson later goes on to discuss the collaboration with Vai, saying they originally chopped his solo up to the point that Vai wasn't even sure what to make of it.

"Steve said, 'Do whatever you want with it. This is my gift to you.' So we chopped his stuff up and sent it back to him. It took him a few days to respond. I think he was pretty taken aback. He said, 'I didn't expect to hear myself so Polyphia-ized.' We really chopped his shit up, which I don't think anybody had done before. We ended up going back and making it true to the original, only because we wanted him to be really happy with it. We meant no disrespect – we just like to try things."

In this article: POLYPHIA, steve vai