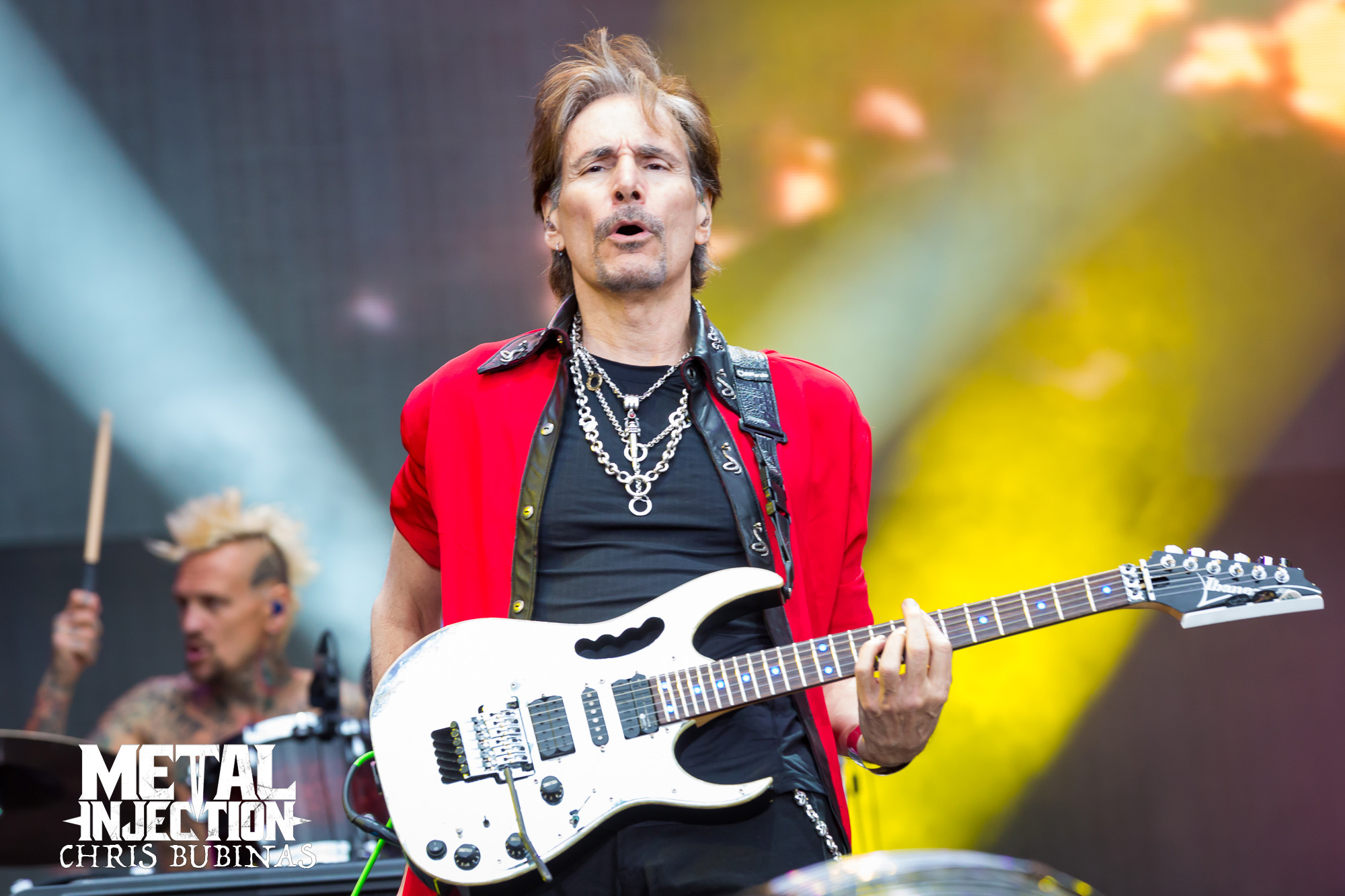 Guitarist Steve Vai has been in Europe lately, as part of a recent leg of his Inviolate tour. The tour concluded in Barcelona last week, and the evening turned out to be not only a special night for Vai and his band, but also one very-unassuming son of a taxi driver, as Vai recently explained is a post to Instagram, and was originally reported by Classic Rock.

"On the last show of the European Inviolate Tour, on my way to the venue in Barcelona, there was an excited cab driver that wanted me to get into his car to take me to the venue. During the drive, he was very excited to show me a video clip of his son playing 'For The Love Of God' and I was actually pretty impressed with the way this boy played. During the concert that night, I saw the boy with his dad sitting in the audience, so I decided to make his day… and he certainly kicked some ass! It was a splendid way to cap off an outstanding tour."

You can catch the footage below in Vai's post.

The young man's name is Daniel Jimenez, who also took to his Instagram to share his special, once in a lifetime moment.

"Yesterday I lived the happiest day of my life. I'm still processing that it was real. Thank you Steve Vai for inviting me to your concert, thank you for giving me the wonderful surprise of going on stage to play with your own guitar.

"When you approached me and you offered me your guitar I was in shock (I don't know if you can see it in the video but I didn't have the strength to continue playing because I started to cry), and above all, thank you very much for giving me the opportunity to let me know you as a person and being able to chat with you about music.

"This day is going to be burned into my memories; you are a great musician and a great person, you are an example for me to follow."

Folks, as I always like to say, this is what the world needs more of. Kudos to Steve Vai, and congrats to Daniel!

In this article: steve vai