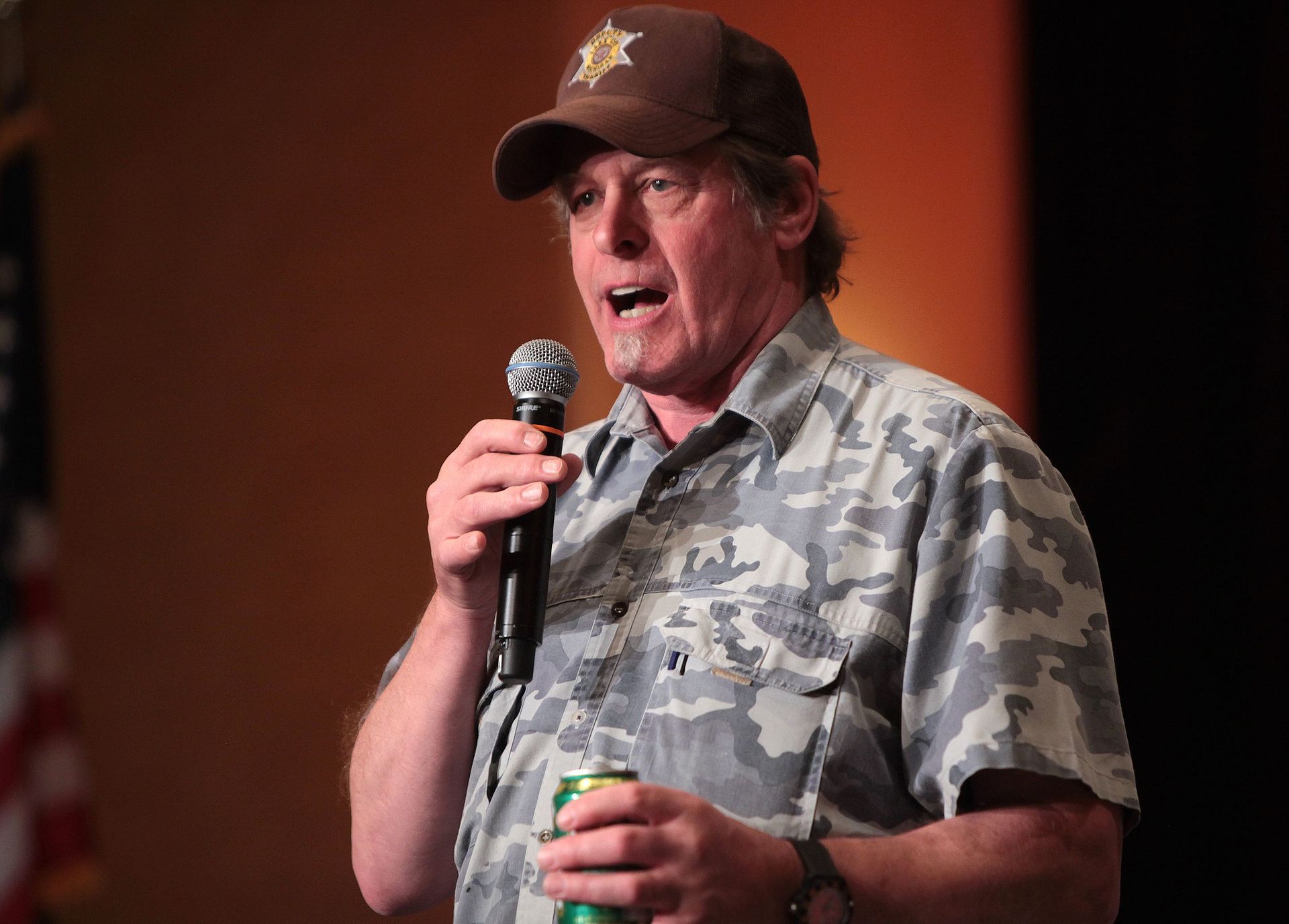 Ted Nugent is usually good for a laugh with a lot of his off-kilter opinions, but now he's taking a turn for the outright dangerous. During a rally for former president Donald Trump on May 14, Nugent urged the crowd to go "berserk on the skulls" of basically everyone he disagrees with. You know, like any sane person does when they're upset about something.

"Think of what the enemies of America have done over the last 14 months," said Nugent as transcribed by Consequence. "They didn't sneak into the White House — they lied, they cheated, they scammed, and everyday the Democrats violate their sacred oath to the Constitution. And if you can't impress you friends on that, they shouldn't be your friends."

"I love you people madly, but I'd love you more if you went forward and just went berserk on the skulls of the Democrats and the Marxists and the Communists."

Yes, the political divide in America is very evident at this point. But to urge your followers to literally get out there and actually harm people because they disagree you is… just psychotic to the highest degree, and quite literally insane. Though on the flip side, is anyone even a little shocked by this? Nugent is the guy that wasn't sure why there wasn't COVID-1 through COVID-18, and is also the dude that in 1977 claimed he made himself look like a hippie and shit his pants to get out of the army. So we're not exactly dealing with peak intelligence here.

Anyway, here's Nugent's story from the 1977 interview. For clarity.

"I got my physical notice 30 days prior to [being drafted]," Nugent told High Times [available here]. "Well, on that day I ceased cleansing my body. No more brushing my teeth, no more washing my hair, no baths, no soap, no water. Thirty days of debris build. I stopped shavin,' and I was 18, had a little scraggly beard, really looked like a hippie. I had long hair, and it started gettin' kinky, matted up."

“Then two weeks before, I stopped eating any food with nutritional value. I just had chips, Pepsi, beer—stuff I never touched—buttered poop, little jars of Polish sausages, and I’d drink the syrup, I was this side of death. Then a week before, I stopped going to the bathroom. I did it in my pants. Poop, piss the whole shot. My pants got crusted up.”

In this article: ted nugent